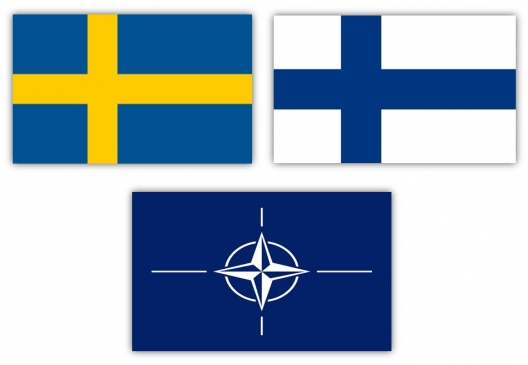 Sweden and Finland are NATO Partners

Over the last decade Sweden and Finland have emerged as NATO’s arguably best operational partners. This has been largely driven by NATO’s expeditionary focus, starting with the Balkans in the 1990s, and later in Afghanistan, Libya, and off the Horn of Africa. Stockholm and Helsinki have proven stalwart contributors to the ISAF mission, and Sweden even sent fighter jets for reconnaissance during OPERATION UNIFIED PROTECTOR over Libya. Finland was the first partner nation to join the NATO Response Force, and Sweden soon followed.

Sweden and Finland are small countries with limited resources, but they contribute to NATO operations forces that not only match alliance training, equipment, and leadership, but are also sometimes even close to best in class. Besides, Sweden and Finland also have considerable “soft power,” as progressive nations committed to multilateralism, peacebuilding, human rights, and development. That in itself provides NATO with additional legitimacy for its operations and efforts. The Swedes and Finns have also been eager participants in NATO exercises, ranging from Icelandic air patrols to naval exercises in the Mediterranean. Indeed, some NATO nations will quietly complain that Sweden and Finland get more credit for their actions and more attention at NATO HQ in Brussels than some of the full-fledged NATO members. However, the upcoming Wales Summit may signal a tougher road ahead for Stockholm’s and Helsinki’s relationship as partners of NATO.

The Wales Summit is expected to, among other things, take stock of the Alliance in a post-Afghanistan environment, as well as start a refocus back towards collective defense and security of NATO’s members. In this new environment, with less of an emphasis on expeditionary operations, NATO partners may very well prove less immediately relevant to the Alliance. Indeed, some Allies even argue that to further deepen partnerships in this emerging era of defense and deterrence could actually weaken NATO’s very core: Article V and the collective commitment to come to the aid of an Ally under attack. Some of NATO’s members have begun worrying that deeper partnerships may blur the line between partner and Ally, making it difficult for both friend and foe to distinguish when NATO will actually invoke Article V in a crisis.

This worry could of course be put to rest if Finland and Sweden decided to become full NATO members. And while robust debates are being held in both countries at the moment, in no small part due to the Ukraine crisis, full NATO membership is still a good ways off. Both Sweden and Finland have long-standing political legacies and self-images to come to terms with before either country could take real steps forward towards NATO membership. Some NATO members have begun to nudge both Stockholm and Helsinki towards membership, claiming that the non-member status of Sweden and Finland create a “security vacuum” in northern Europe. This nudging will likely not work, and may even prove counterproductive. Still, the relationship with NATO is key to both Finland’s and Sweden’s security policy, and both countries are eager to further deepen their ties to the Alliance and its key members bilaterally.

Despite the potential resistance, Sweden and Finland are approaching the Wales Summit with a catalogue of ideas for how to deepen their relationships with NATO. Among other things, Helsinki and Stockholm seek an individualized partnership program (to set them apart from other partners who may not have the interest or capacity to fully participate in all potential aspects of NATO’s partnership construct), a regular political dialogue with NATO, as well as the ability to participate at an earlier stage during discussions and planning for operations. Sweden and Finland would also like to be part of the Alliance’s Smart Defense initiative, and contribute additional officers to NATO commands and staffs.

While many European NATO members are skeptical of the possibility of further deepening Sweden’s and Finland’s partnership with the Alliance, Stockholm and Helsinki have found a friend in Washington. Not surprisingly, the United States is still keen to have the Alliance ready for expeditionary operations and as a vehicle for collective action on global security issues. In Washington, the worries about blurring the line between partner and Ally are significantly less acute.

To find ways to deepen Sweden’s and Finland’s relationship with NATO in a post-ISAF world without obscuring the line between partner and member is a worthwhile effort. While pushing the Swedes and Finns towards membership is almost doomed to fail, cooperation and an ever deepening relationship may just do the trick over the long-term. But Stockholm and Helsinki can help their case for special partnership status too, by more clearly stating how partnerships is of great value to not only the partner, but to the Alliance as well.