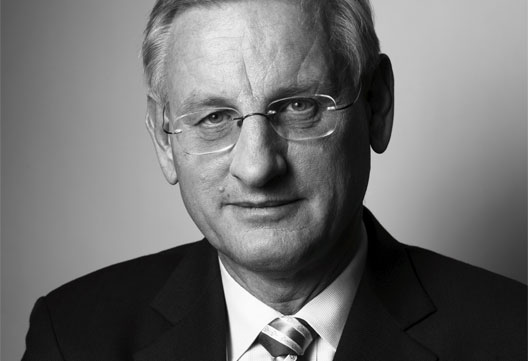 Sweden accused Russia on Friday of waging “economic warfare” against former Soviet republics that have been considering closer trade relations with the European Union and said the EU needed a strategy to resist Moscow. . . .

Swedish Foreign Minister Carl Bildt, speaking during a meeting of EU foreign ministers in Lithuania’s capital Vilnius, said Russia has taken advantage of the international focus on Syria to quietly put unprecedented pressure on its neighbors.

“What we have seen during the past few weeks is brutal Russian pressure against the partnership countries of a sort that we haven’t seen in Europe for a very long time,” Bildt told reporters.

He was referring to an EU policy of establishing closer links with Ukraine, Belarus, Moldova, Azerbaijan, Armenia and Georgia, and supporting democratic reforms in the east, called the “Eastern Partnership. . . .”

Bildt said Russia had exerted “extremely heavy pressure” on Armenia to persuade the government in Yerevan to join the customs union led by its old Soviet master, and that Moscow had also tried to intimidate Moldova.