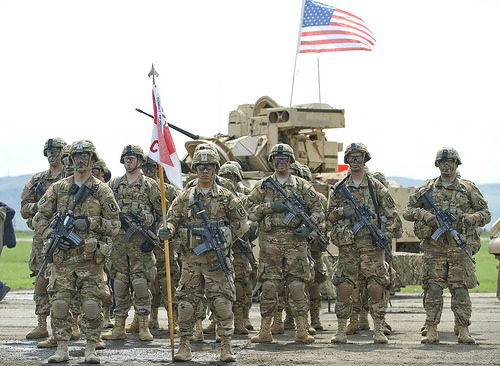 Calls for a permanent NATO presence will not die down any time soon, given the persistence of Poland and the Baltic States both before and after the Wales summit. In fact, efforts might even be intensified in the run-up to the 2016 Warsaw summit, as evidenced by the agenda of new Polish President Andrzej Duda. Moreover, positions of CEE countries are entirely justified in the light of Russia’s adversarial stance and its military capabilities. Basing permanent troops in the region is necessary not only to send a strong message of Allied commitment and solidarity, but also to overcome numerous political and operational complications in NATO’s posture. Placing combat troops in border states would ensure that any attack against them would be the same as an attack against NATO. It would deprive Russia of hopes of discrediting NATO through a swift local victory, achieved without triggering broader conflict with the Allies. Basing larger forces in CEE would also allow countries under attack to resist invasion and allow time for reinforcements to arrive.

Quite logically, in their calls, CEE states look mainly towards the United States, which has played the biggest role in reassuring CEE in the wake of Ukrainian conflict. Both the speed and scale of U.S. actions have been unmatched by other Allies, and Carter’s June visit to Europe reinforced the image of the U.S. resolve to provide leadership within NATO. Nevertheless, securing a permanent presence of U.S. forces in CEE is an extremely challenging task, related to a complex set of factors. While Washington clearly recognises the need to deter Russia, and has proven that its determination to act is stronger than in the case of most NATO members, it remains wary of escalating tensions with Russia too much. In effect, the U.S. attitude towards permanent basing would be partially dependent on the future course of Russia’s actions, and on whether Moscow continues its highly adversarial policy or tries to de-escalate the tensions. Greater U.S. military engagement in Europe is further impeded by budget constraints, an increased need for the involvement of U.S. forces in other regions, especially Asia and the Pacific, and internal political complications that could occur in the event of U.S.-based units being redeployed to the Old Continent. Neither does the stance of a large number of European NATO members make the case any easier, either because of the wide-spread unwillingness to pay a fair share for defence, or due to differing threat perceptions and a reluctance to address different threats in the spirit of solidarity. Most importantly, Western European opposition to permanent basing in CEE makes it difficult for the U.S. to come forward with such deployments. Even though Washington could theoretically deploy combat troops on a bilateral basis and without NATO’s approval, it would contradict the U.S. priority of maintaining Alliance cohesion. Even with such consent, deployment of U.S. troops would still be a tough sell in Congress, if at least a few other Allies do not participate as well.

While these difficulties and concerns are largely understandable, Washington’s approach does, however, have its own paradoxes. The biggest of them is the fact that the U.S. makes its support for CEE Allies conditional upon the actions of other members, which do not share the concerns of the former. In other words, Allies that feel most threatened by Russia invest in their own capabilities and are willing the share the costs of a U.S. presence, but might not receive sufficient U.S. assistance because of Allies who do not see Russia as a threat and do not feel the need to pay more for defence. The U.S. also declares that lack of consensus within NATO precludes the permanent basing of U.S. troops in CEE, but it does not seem to be doing much to influence other NATO members and shape a new consensus. This gives the impression that Washington is satisfied with being able to lay the blame on other NATO members, using their stance as an excuse to avoid further engagement in CEE and so avoiding higher financial costs and difficult decisions that would hamper the U.S. pivot to Asia or relations with Russia.

If they are to reach their goals, CEE countries will have to convince sceptical Western European Allies, but it is unlikely that they can do this alone. To be successful, diplomatic efforts aimed at reaching consensus on a permanent presence would require strong U.S. leadership. Setting up permanent bases in CEE might be very problematic for Washington, but so is the continuing vulnerability and insecurity of U.S. allies in the region. It already affects NATO’s cohesion and makes the Alliance look less united than it should be in the face of the threat from Russia. Failure to provide adequate deterrence in the region could also result in Russian military action, which would undermine the credibility of NATO and the U.S. and change the European security landscape drastically. Moreover, U.S. policy towards CEE states is also watched by other U.S. allies, and to some extent has an impact on the credibility of U.S. global commitments. Political and budgetary decisions might be difficult, but the stakes for Washington in Europe and NATO are high as well.