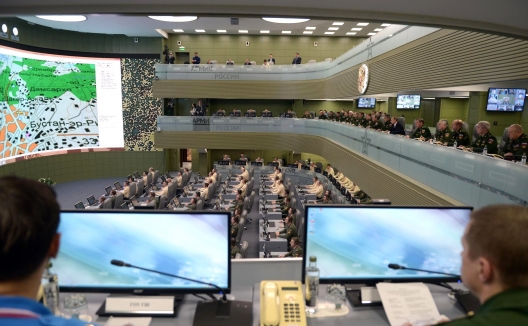 Greece and Sweden are both in possession of islands that are of critical geostrategic value and this value serves as a major driver behind Russia’s increased attention to the two countries. Although Russia employs different measures, overtures to Greece, and threats to Sweden, geography is the key to understand why both countries now play more central roles in the current struggle between Russia and NATO. To be able to effectively counter Russian actions, NATO needs to more fully realize the importance of these islands.

Greece is trying to stay afloat in the midst of the worst economic and political crisis in the country’s modern history. Although an immediate exit from the Eurozone has been averted, Greece’s prospects are dire. Apart from the EU and Eurozone, Greece constitutes the anchor of NATO’s southeastern flank (together with Turkey). The geostrategic importance of keeping Greece in NATO, but also keeping it a productive and cooperative member of the alliance, is crucial. Although the Greek military has endured budget cuts of 54% since 2009, its military is still a formidable fighting force. Most importantly, the country holds the key to the US and NATO base in Souda Bay on the island of Crete. This base is a crucial component of NATO and the United States’ military influence in the Mediterranean and the greater Middle East.

US European Command has around 380 personnel at the Naval Support Activity (NSA) Souda base, which comprises a Naval Operating Base, Naval Air Station and Naval Weapons Station. For operations like Desert Shield/Storm in Iraq, Enduring Freedom in Afghanistan, and other multinational operations, the base has been fundamental for US and NATO operations in the region, from reconnaissance missions to refueling operations. This base, along with the air base in Incirlik, Turkey, constitutes NATO’s sole major bases on its southeastern flank.

In many ways, Sweden is analogous to Greece, holding an equally important geostrategic location in the Nordic-Baltic region. Although its military has qualitative edges, it is small, suffers large discrepancies between different services, and stands outside any formal alliance since Sweden is not a member of NATO. Sweden’s island of Gotland, located off the southern coast of Sweden at the epicenter of the Baltic Sea, effectively constitutes an immovable aircraft carrier. With placement of modern air defenses on the island, that have a reach of 300-400km, the island is critical for control of the Baltic Sea, from the Danish island of Bornholm in the south to the Aland islands in the north and to the Baltic countries in the east.

The most pressing issue is that the security of the Baltic states, all of which are members of NATO, depends on the ability of the Alliance to reinforce them in case of a crisis or conflict. If Russia instigated an attack on the Baltic countries to achieve a fait accompli on the ground before NATO has time to respond, a parallel, pre-emptive Russian attack on Gotland is also very likely. NATO would then face an extremely difficult choice. Would the alliance ‘start’ a grand guerre to take back the Baltic countries, and by extension Gotland, or stand back and shatter the credibility of the alliance? Gotland currently stands without any effective defense, despite some increased resources (around 200 troops from 2018) committed to it in the last Swedish defense bill.

Much like the Souda base on Crete and its importance for NATO and US operations in the Middle East and southeastern flank, Gotland and access to Sweden’s air/sea space are fundamental for the Alliance’s ability to operate in the Baltic Sea and protect its members of Estonia, Latvia and Lithuania.

The differences between the two countries are by no means unimportant. Greece holds longstanding historical and religious bonds to Russia. The Byzantine Empire and the Kievan Rus were both part of Eastern orthodoxy and Russia assisted Greece in its war of independence against the Ottoman Empire. The latter resonates strongly now, as many Greeks see the EU and the current crisis as yet another form of colonialism. Greece also relies extensively on Russian weapons and equipment in its military. Sweden on the other hand consistently scores high on governance rankings and has a stable financial outlook. Furthermore, Sweden has a history of an adversarial relationship with Russia and it lacks the close cultural ties to Russia that Greece enjoys.

Despite all this, both Greece and Sweden are subjects of increasing attention from Russia. Greece has been courted by Russia for quite some time, with hints of possible substantial financial aid. Russia also recently announced that it would permanently deploy 10 warships to the Mediterranean, as part of their updated Maritime doctrine. Sweden has also received notable, and increasing attention from Russia. Swedish intelligence has reported that Russian spy activities against the country have dramatically increased and that these cannot be interpreted in any way other than war preparations. Examples include Russian air incursions, flying without transponders threatening civilian aircraft and even firing flares against Swedish jets in international airspace. The Russian ambassador in Stockholm has even said that Russia would respond with military countermeasures, namely reorient its forces and missiles, if Sweden moved toward joining NATO.

Carl von Clausewitz taught us that a close relationship exists between military strategy and politics. And history has shown that it is essential to never forget this, so too in this case. Not disregarding the increased Russian attention to Greece, how likely is it that Greece would become a useful tool for the Kremlin? Greece won’t leave NATO any time soon, especially as it considers the alliance critical to its relationship with Turkey. However, a different scenario where Greece would become a grey zone could play out. For example, in 1974 Greece withdrew from NATO military command and did not reintegrate its military forces until 1980. Another Greek withdrawal from the military structure of the alliance, but not entirely from the alliance, is a possibility. A sudden Russian naval visit to Greece, to say Souda bay, is then suddenly quite problematic. Russia’s actions toward Sweden have a similar aim, but rather than create a grey zone, they seek to maintain Sweden at a point that no one knows for sure how it will behave in the event of a crisis.

The EU and NATO are both consensus driven organizations, and a Greek grey zone on NATO’s southeastern flank, or a Sweden that is scared by Russian attempts to keep it from firmly joining the West, would constitute major problems to the decision making processes of these institutions. If Russia’s moves toward either country is even slightly successful, it could finally garner real payoff in its previously failed attempts to divide Europe, shatter the credibility of NATO, and erode the unity of European security.

What should NATO do? NATO members should substantially increase their exercises in the Baltic Sea, especially on Gotland. The exercises could include amphibious landings and operations. Members of the Alliance, including the US, should also further contemplate the importance for all sides of Sweden joining NATO, and engage further with the country’s politicians, officials and public on the matter. In Greece, it should bolster its presence in Souda bay, and remind Greece of the strong benefits it enjoys being a full member of the alliance, while working more closely with the EU to keep Athens from moving away from the Western democracies. These proactive moves would allow the Alliance to slightly regain the initiative and restore stability in Europe.

Halford Mackinder, one of the fathers of geopolitics, said that control of Greece in any way by Russia, the “Heartland” power, “would probably carry with it the control of the World-Island.” While Russia is courting Greece with ‘sympathetic’ phone calls between Russian President Vladimir Putin and Greek Prime Minister Alexis Tsipras, it is also threatening Sweden. Although the differences between Greece and Sweden are important, geography and geostrategy still hold the fundamental keys to understand both situations. Geopolitics have come back to the forefront of international politics and NATO needs to realize the importance of geography as a driver behind states’ actions in the international system.

Albin Aronsson is studying at the Swedish Research University and previously was a research assistant at the Brent Scowcroft Center on International Security in the Atlantic Council.