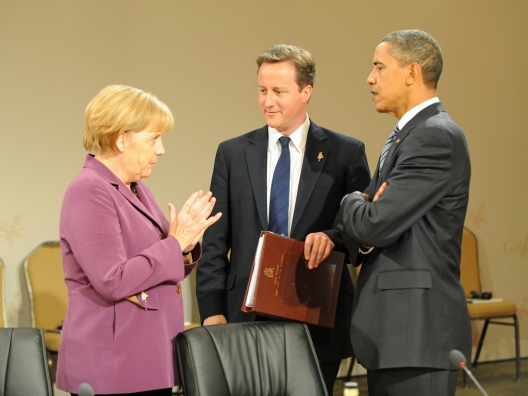 For at least twenty years, America’s capital has been losing its sentimental Europe-friendly leanings. Ever since the glory of the American unipolar moment of the mid-1990s, when growth was endless, the world looked as flat as White House interns looked curvy, and former National Security Agency contractor Edward Snowden was in middle school, the number of truly dedicated Europeanists has been falling.

None of that is new, of course, and Europe has become used to it. What’s new is that even the remaining Europeanists, such as Nuland, the U.S. assistant secretary for Europe and Eurasia and a former ambassador to NATO, have moved from devotion to disdain when it comes to Europe’s capacity to play a role in the world.

The EU’s contribution to the Iranian nuclear issue—no matter how celebrated it is in the Brussels bubble—has never been taken seriously on the Potomac. Normalizing relations between Serbia and Kosovo is considered too small an issue to make a lasting impression on U.S. observers. And the failure to secure Ukraine’s signature on an EU trade and association agreement last fall has only reinforced Americans’ general feeling of European uselessness. . . .

That Nuland recommended taking the Ukrainian dossier away from the EU and giving it to the UN to “glue it” only adds insult to injury. When a U.S. diplomat prefers the UN over allies in Europe, you know it can’t possibly get any worse. . . .

When you combine the hardening U.S. perception of Europe with an increasingly negative European image of America, you are entering dangerous territory. I don’t mean European views of Guantánamo Bay, drones, or the NSA’s bugging of German Chancellor Angela Merkel’s cell phone. I mean that European foreign policy buffs, many of them ardent transatlanticists, perceive a U.S. administration that is giving in to parochial isolationism and sleepwalking through international affairs.

What Europeans see when they look across the Atlantic Ocean is a U.S. president uninterested in providing global leadership. They see a United States that was largely absent when the Europeans embarked on their geopolitical adventure with Ukraine, that woke up late to the story, and that came lecturing when things turned sour. They see an administration that left Central Europeans in the lurch on missile defense and then caused irritation by announcing a noisy but ultimately immaterial pivot to Asia.

Nor did it help the Americans’ cause to publicly lecture NATO partners that were teetering on the brink of economic collapse about spending more on defense—no matter how valid that plea might have been from a strict capabilities standpoint.

And so finger-pointing is the transatlantic pastime of the moment. If such vanity continues, even the last big Euro-American project, the Transatlantic Trade and Investment Partnership currently under negotiation, could be jeopardized.