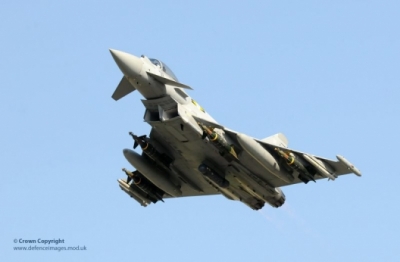 It is becoming harder and harder to ignore Russia’s growing military intervention in Ukraine. The diplomatic and economic efforts of President Barack Obama and European leaders have failed to stop Russian President Vladimir Putin’s repeated escalation of this crisis. It is irresponsible to not examine how the West can use a limited amount of force to prevent Russia from conquering more of Ukraine. No matter how reluctant transatlantic leaders are to consider military options, the simple truth is that the West can defend Ukraine from further Russian invasion and do so without a prolonged conflict.  . . .

The most feasible military option to help defend Ukraine would be a combination of Western air power, special forces, intelligence, remotely powered aircraft (aka drones) and cyberpower. This limited military option requires few boots on the ground and is comparable to the options used to initially defeat larger enemy forces in Afghanistan and Libya. This will not be a NATO mission, because it is improbable that all 28 members of the alliance would authorize this option. Nevertheless, a transatlantic coalition led by the U.S., Britain, France, Poland and Romania could host and deploy a more than adequate force multiplier to help the Ukrainian military defeat and repel Russian troops from their territory.