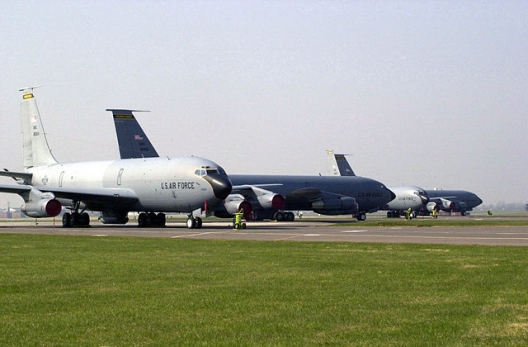 The Department of Defense announced today the consolidation of some U.S. infrastructure in Europe, including the return of 15 sites to their host nations. These actions, taken as part of the European Infrastructure Consolidation (EIC) process, will save the U.S. government approximately $500 million annually. The DoD also announced the first F-35 basing in Europe at RAF Lakenheath, UK, which will bring new opportunities for collaboration between the U.S. and UK air forces. . . .

“As part of an overall restructuring of our basing in Europe, we have been working with our allies to reposition thousands of our military and civilian personnel within the region,” said Secretary of Defense Chuck Hagel. “I know that this will result in a reduction in size of our local host nation workforces at some locations; I value the tremendous support they provided us for decades and continue to provide today. In the end, this transformation of our infrastructure will help maximize our military capabilities in Europe and help strengthen our important European partnerships, so that we can best support our NATO allies and partners in the region.”

Based on the EIC conclusions, the following sites are scheduled to be consolidated or returned to the host nation over the next several years:

United Kingdom
• Divest RAF Mildenhall – Returns the installation and four supported sites to the United Kingdom. DoD intends to relocate the operational units at RAF Mildenhall within Europe – the assigned KC-135s and the 352nd Special Operations Wing to Germany, and the assigned RC-135s within the U.K. This consolidation paves the way for the stationing of two squadrons of F-35s at RAF Lakenheath, starting in 2020.

• Divest RAF Alconbury/RAF Molesworth – Consolidation of missions allows the permanent return of RAF Alconbury, RAF Molesworth and supporting sites to the United Kingdom. The majority of U.S. personnel, and many of the U.S.-funded host nation positions assigned to these bases will be transferred to RAF Croughton.

• Close commissaries at Illesheim and Sembach, as well as the four commissaries in Stuttgart at Kelley Barracks, Patch Barracks, Panzer Barracks and Robinson Barracks, once a new replacement store on Panzer is constructed.

Italy
• Place a portion of the Pisa Ammo Storage Area, near Livorno, into caretaker status.

• Partially close Camp Darby near Livorno. Returns about half of the installation to Italy.

• Convert the Vicenza Health Center to outpatient and specialty care only.

Portugal• Streamline operations and property at Lajes Field – Reduces active duty, civilian personnel and contract providers by two-thirds. A number of the buildings at Lajes will also be returned to Portugal.