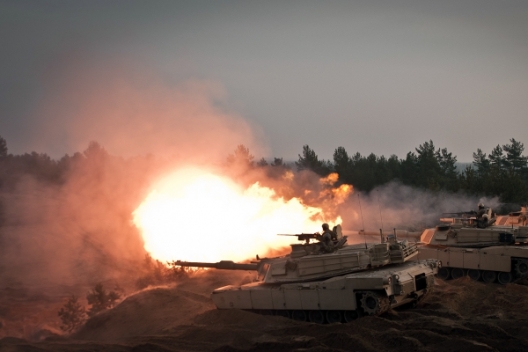 The Pentagon is discussing plans to permanently move one or more Army brigade combat teams back to Europe, where the top American commander has signaled an urgent need to shore up allied defenses against the Russians, Military Times has learned.

If approved, the move could involve thousands of troops — an average BCT is composed of between 3,000 and 5,000 personnel — and mark the first time in decades that U.S. European Command has increased its footprint on the continent.

The EUCOM Commander, Air Force Gen. Philip Breedlove, discussed his proposals with top-level Pentagon officials while in Washington last week, according to a defense official familiar with the plans. Any increase would come in addition to the brigade-size force that would rotate through Eastern Europe as part of the $3.4 billion “European Reassurance Initiative,” which was included in the Pentagon’s latest budget request.

“They are looking at ways to increase the permanent Army forces in Europe,” the official said. “They’re trying to figure out ‘how much do we need, and where would it come from?’”

Breedlove is concerned about the size of the current ground force in Europe, which includes two Army combat brigades. That’s down from four brigades a few years ago.

“We do not have, in my opinion, enough U.S. forces permanently stationed forward … so I believe that the permanent forces forward need to be reviewed,” Breedlove, who also serves as NATO’s supreme commander, told reporters March 1….

[E]xperts say moving heavy armored brigades from the United States to NATO’s eastern border would take weeks or even months….

“There really is no substitute for having heavy combat forces, armored brigades and mechanized infantry, forward in the battle space,” he [David Ochmanek, a former Pentagon official who is now a senior defense analyst at RAND] said….

In January, the National Commission on the Future of the Army released its final report recommending the return of at least one armored brigade to Europe.