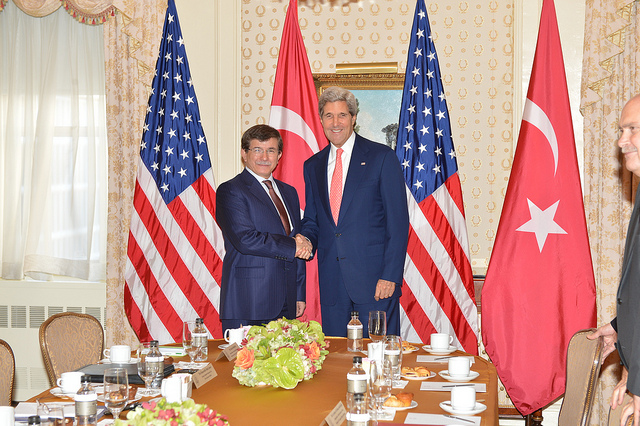 The United States said on Saturday it had expressed serious concerns to Turkey over its decision to co-produce a long-range air and missile defense system with a Chinese firm under U.S. sanctions.

Turkey, a member of the NATO military alliance, announced this week that it had chosen the FD-2000 missile defense system from China Precision Machinery Import and Export Corp, or CPMIEC, over rival systems from Russian, U.S. and European firms. . . .

“We have conveyed our serious concerns about the Turkish government’s contract discussions with a U.S.-sanctioned company for a missile defense system that will not be inter-operable with NATO systems or collective defense capabilities,” a State Department spokeswoman said.

“Our discussions on this issue will continue.”