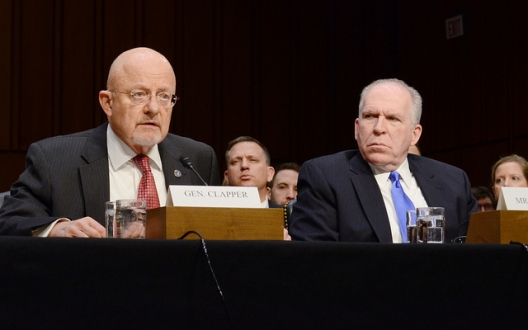 American intelligence agencies are to conduct a major investigation into how the Kremlin is infiltrating political parties in Europe, it can be revealed.

James Clapper, the US Director of National Intelligence, has been instructed by the US Congress to conduct a major review into Russian clandestine funding of European parties over the last decade.

The review reflects mounting concerns in Washington over Moscow’s determination to exploit European disunity in order to undermine Nato, block US missile defence programmes and revoke the punitive economic sanctions regime imposed after the annexation of Crimea.

The US move came as senior British government officials told The Telegraph of growing fears that “a new cold war” was now unfolding in Europe, with Russian meddling taking on a breadth, range and depth far greater than previously thought.

“It really is a new Cold War out there,” the source said, “Right across the EU we are seeing alarming evidence of Russian efforts to unpick the fabric of European unity on a whole range of vital strategic issues.”

A dossier of “Russian influence activity” seen by The Sunday Telegraph identified Russian influence operations running in France, the Netherlands, Hungary as well as Austria and the Czech Republic, which has been identified by Russian agents as an entry-point into the Schengen free movement zone.

The US intelligence review will examine whether Russian security services are funding parties and charities with the intent of “undermining political cohesion,” fostering agitation against the Nato missile defence programme and undermining attempts to find alternatives to Russian energy.

Officials declined to say which parties could come into the probe but it is thought likely to include far-right groups including Jobbik in Hungary, Golden Dawn in Greece, the Northern League in Italy and France’s Front National which received a 9m euro (£6.9m) loan from a Russian bank in 2014.

Other cases of possible Moscow-backed destabilisation being monitored by diplomats includes extensive links in Austria, including a visit by Austrian MPs to Crimea to endorse its annexation, as well as cases of Russian spies discovered using Austrian papers.

Russian influence has also been detected in a referendum in the Netherlands next April over whether to block the EU’s closer relations with Ukraine. Sources said arguments deployed in support of the referendum “closely resembled” known Russian propaganda.

Russian desire to influence politics in Britain is also in the ascendant, sources said, as the Kremlin eyes the forthcoming EU referendum and the election of Jeremy Corbyn as Labour leader as potential opportunities to weaken Europe.