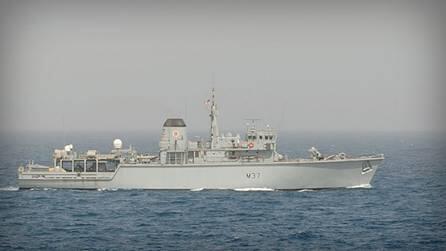 From Joshua Kucera, Bug Pit: Competing Black Sea naval exercises by NATO and Russia have again raised tensions in the region as the once sleepy sea has become a venue for geopolitical competition.

Russia’s exercise started July 4 and involves 20 ships and 20 aircraft. Its scenario was the “destruction of enemy ships in the sea and organization of air defense of naval groups and coastal infrastructure.”

NATO’s exercises, called “Breeze” and formally hosted by Bulgaria, also started July 4 and continue until July 13, with ships from Greece, Italy, Romania, Turkey, the U.K. and the U.S. also taking part, along with naval patrol planes from Turkey and the U.S. The exercises are “aimed at improving the tactical compatibility and collaboration among naval forces of the alliance’s member states. . . .”

Russia has made it clear they don’t welcome NATO’s presence in the Black Sea. Russia’s navy let it be known that it is following the exercises with reconnaissance aircraft and surveillance ships. “The aviation of the Black Sea Fleet is paying special attention to the missile cruiser USS Vella Gulf which, though not formally the flagship of the ‘Breeze’ exercises, effectively is leading them,” a Russian naval source told NTV.

From David Larter, Navy Times: The Crimea-based Black Sea fleet, which has been at the center of instability in the region, launched 20 ships and SU-24 fighters to participate in war games in the Black Sea, Russian state media reported July 4. Russia Times reported that the ships launched five anti-ship cruise missiles during the exercise, an included marines and coastal defense systems. . . .

Pravda, another Russian state media outlet, reported Monday that an Italian frigate and a minesweeper, as well as a Greek corvette and Turkish minesweeper, have all entered the Black Sea.

Greenert said that interactions between the two navies have generally adhered to Cold War-era doctrines for encounters between the two forces. The exception: An April incident when a Russian fighter made several low-altitude flybys over the Donald Cook.