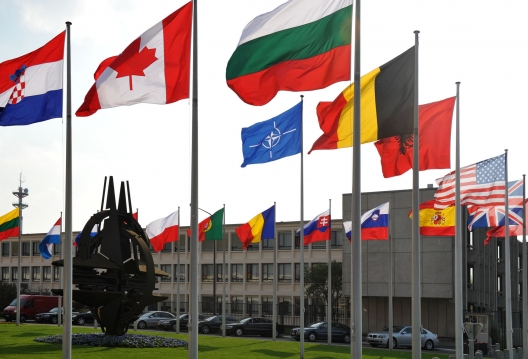 [I]t’s important for our European friends to understand that discontent can, and does, flow in more than one direction. When former Secretary of Defense Bob Gates delivered his valedictorian speech in Brussels in 2010, he gave voice to a long simmering resentment over the freeloading enjoyed by a number of NATO’s members.

No one expects every nation to possess “full-spectrum” military capabilities comparable to those enjoyed by the United States, but each NATO member has an obligation to contribute to our collective security rather than just be the beneficiary of the physical and financial sacrifice of others. As far back as the Prague Summit of 2002, every NATO ally pledged to allocate no less than 2 percent of their GDP for their defense budgets. The hard fact is that very few ever fulfilled that pledge, and even fewer today have any intention of doing so in the future. . . .

Something is very wrong with this picture, and the campaign to support those fighting against Libyan dictator Muammar Qaddafi exposed the dangerous distortions in Nato’s capabilities.

After the United States was asked to establish the no-fly zones over Libya, responsibility to continue military assistance to those fighting for freedom was shifted to the other NATO members. Astonishingly, we discovered that the supply of ammunition to carry out the task was exhausted in a matter of days.

We think it’s important to raise the above issues because there is the danger that if they go unchallenged or unaddressed in a reasoned and responsible fashion, NATO will wither and become a relic of the past rather than a powerful platform for helping confront today’s and tomorrow’s security threats. We believe that a properly resourced and re-missioned NATO can continue to be the great alliance that it was in the 20th century. If we didn’t have a NATO today, we would most likely be creating one.

William Cohen is a former Senator and Secretary of Defense. Gen. James Jones is a former National Security Advisor and SACEUR.