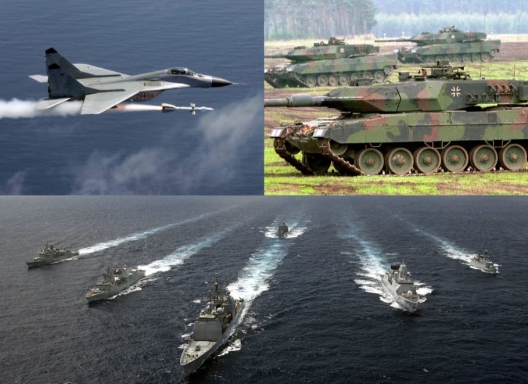 Effective defense of the Baltic nations of Estonia, Latvia, and Lithuania—and deterrence built upon such defensive capabilities—is one of the key challenges facing NATO and its member nations. Russia’s actions, geopolitical rhetoric, and geographic proximity to the Baltics have generated the requirement for a significant defense capability. This issue brief sets forth how such a capability should be achieved, for both conventional and hybrid conflicts. Certain of the capabilities discussed below will also have relevance to issues in NATO’s South, and to resilience for nations throughout the Alliance. As set forth in the report NATO’s New Strategy, however, such considerations are of equal importance to the threat to the Baltics, and require action by the Alliance. NATO, of course, is only one of the West’s possible responses to geopolitical challenges, and the proposals below are therefore intended to fit within the overall international context faced by the NATO nations and their partners. The paper, however, focuses specifically on the Baltic defense challenge. In fact, NATO has the capacity to win a conventional war in the Baltics, even in the face of a short-notice Russian attack—if appropriate steps are taken to provide a substantial defense. Accordingly, to build on steps taken by NATO at the 2014 Wales Summit, by ministers since then, and by the United States under the European Reassurance Initiative (ERI), this paper recommends that NATO should take the following actions.

1. Enhance the capacity for warning and analysis to increase NATO responsiveness.
•  Provide the necessary technical assets for intelligence, surveillance, and reconnaissance.
•  Expand the scope of collection, including the use of open-source information.
•  Broaden the nature of analysis, so as to generate appropriate understanding and warning, of both conventional and hybrid conflicts.

To respond to the challenge of conventional conflict:

2. Enhance direct defense of the Baltics.
•  Baltic nations should acquire additional short- and intermediate-range air defense systems, and anti-armor systems for their forces.
•  On a multiyear basis, Baltic nations’ forces should transition to mechanized/armor brigades.
•  NATO should create a multinational battalion for each Baltic country (Baltic-US-European).

3. Expand forward presence and reinforcement capabilities that will complement the United States’ European Reassurance Initiative.
•  Establish prompt (“ten-day”) reinforcement capabilities by Europeans—one heavy brigade each from the United Kingdom (UK), Germany, and Poland, and combined support from the Netherlands, Denmark, and Norway.
•  Establish an exercise schedule and approach to maintain forces in or close to the Baltics to help resolve time-distance issues—including a European equivalent to the European Reassurance Initiative exercise plan.
•  Expand combat air capability in theater (including US, European, and Nordic capabilities), with the Supreme Allied Commander Europe (SACEUR) generating the statement of requirements for effective air capability against Russian forces.
•  Evaluate potential “next-ERI” US actions, including how to maximize the value of Marine equipment in Norway, as well as the right force mix and best utilization of Army aviation assets.
•  Generate necessary logistics and sustainability planning, and stocks for in-place and reinforcing units.

5. Undertake critical planning, to be approved by the North Atlantic Council (NAC).
•  Plan for effective obstacles and barriers to obstruct Russian force advances — consider smart mines at borders.
•  Create cyber planning, including for counterattack as necessary, use cyber as part of collective defense, and utilize (or upgrade) the Cyber Defense Committee for cyber-policy issues, making it comparable to the Nuclear Planning Group.
•  Create planning for required actions to target military activities emanating from Russia (including Kaliningrad), as part of collective defense.

To respond to the challenge of hybrid war:

8. Have nations establish national “Resilience Working Groups” to deal with hybrid aggression and to work with NATO Resilience Support Teams.

Image: Photos: US Air Force, Bundeswehr, and US Navy