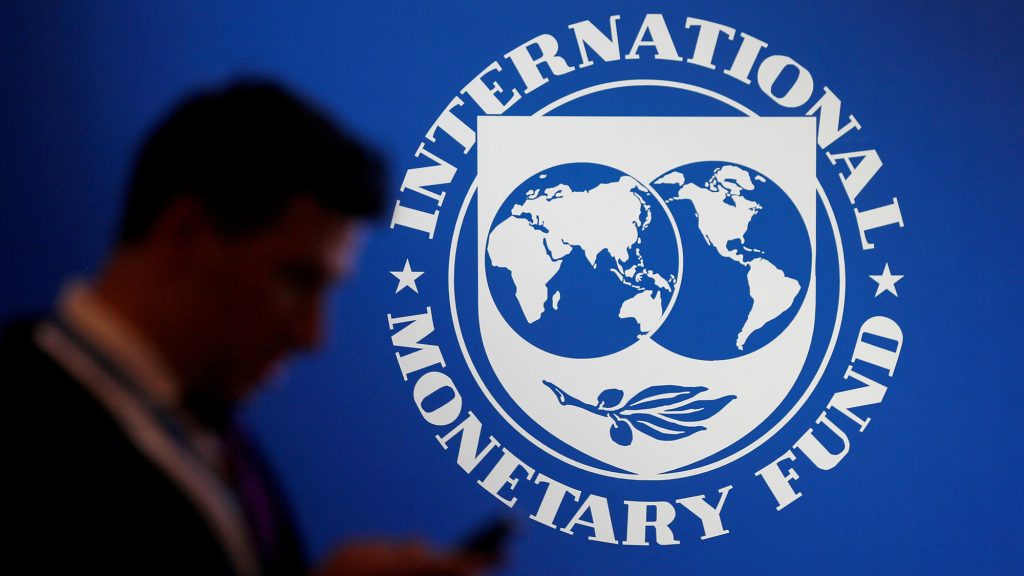 This September, Ukrainian President Volodymyr Zelenskyy made a plea to the International Monetary Fund (IMF) for a “full-fledged” financing program. Now, the path to an IMF loan is being paved by a just-concluded agreement between the IMF and Ukrainian officials on a four-month program monitoring that allows Kyiv to demonstrate to the IMF board that it can execute macroeconomic policies responsibly.

Nevertheless, IMF staff will be hard-pressed to design a viable program as Ukraine is running low on foreign exchange reserves, has negotiated debt standstills with private and official creditors, and requires significant grants to meet continued budget deficits. Under threat of suffering further damage to its economy, Kyiv might run into difficulties repaying the IMF in the future, violating a fundamental requirement for IMF programs and creating financial risks for the institution itself.

Ukraine, of course, deserves all the support it can get to prevail in its struggle against Russia’s invasion. The Bretton Woods Institutions also have an important role in supporting democratic values across the world. However, their ability to do so in the future may be in question if a large, troubled Ukraine program deepens the political fragmentation of their membership, threatening gridlock on strategic decisions down the road.

Therefore, the IMF should stick to first principles and do what it does best—use its macroeconomic expertise to catalyze and coordinate a broader support effort by multilateral lenders and bilateral contributors, and stick closely to its lending guidelines when it comes to the size of its own contribution. Given the extraordinary geopolitical risks, the main financial burden will need to be provided by Ukraine’s allies and partners, including the United States.

Political and financial turbulence ahead

To be clear, Ukraine’s allies will have no difficulty getting an IMF loan approved, as their voting shares well exceed the simple majority needed for such decisions. Indeed, the October UN resolution condemning Russia’s annexation of Ukrainian territory was carried by almost 80 percent of UN member countries, which also happen to hold more than 80 percent of the IMF’s capital and contribute the vast majority of its financial resources.

However, there’s more to the geopolitical reality. Countries voting against or abstaining from the recent UN resolution account for almost a third of the world’s gross domestic product and more than half of the global population, led by India and China. Some of these countries may be concerned about a large multilateral loan to Ukraine, either on political grounds or because they refuse to accept large risks from indirectly financing a war effort that they did not support in the first place.

The Bretton Woods Institutions will need to step carefully in this new reality. It’s true that the IMF and the World Bank were no strangers to geopolitically motivated programs during the Cold War, such as the series of failed loans to Mobutu Sese Seko’s Zaïre in the 1970s. Even more recently, the amount and conditions associated with IMF loans seem to have been more generous for countries aligned with the United States and other major shareholders.

Unlike during the Cold War, preferential loans for political allies could now provoke political backlash. The COVID-19 pandemic again showed that large emerging-market countries have become less dependent on multilateral financing, and there is building frustration about the delays in governance reform that would grant those countries greater voting power in multilateral institutions. Moreover, low-income countries are dissatisfied with the IMF and World Bank for not doing enough to help in the climate transition, a demand that was voiced clearly at the recent UN Climate Change Conference of the Parties (COP27).

In this environment, it would be problematic for the IMF to approve a large loan to Ukraine with relatively light conditions and high risks—especially so soon after a controversial Argentina program. This would make it harder for the IMF to resist other countries’ demands for easier lending conditions, with detrimental effects on its balance sheet. Continued geopolitical discrimination would also risk undermining the long-established consensus model that has allowed the IMF and World Bank to operate smoothly in times of crisis.

The October UN vote may be an omen of things to come. The group of emerging-market and developing countries not explicitly supporting the resolution holds a combined voting share of 18 percent in the Bretton Woods Institutions. This share is more than the 15 percent needed to block strategic decisions on issues such as IMF capital increases, allocations of Special Drawing Rights, or certain lending policies.

There is of course no indication that this particular voting pattern will apply to a Ukraine lending decision. However, the numbers could foreshadow tough political disputes in the future. If a large enough group of emerging and developing countries were to form a coalition around common grievances, the United States’ ability to shape decisions as the only veto power in the IMF and World Bank could be diminished.

The question then is how best to help Ukraine while maintaining the broad support of the Bretton Woods membership. First principles would require an IMF program to be fully financed, with adequate buffers against downside risks, and a path to paying off debt that remains sustainable beyond the end of the program.

This means that, once ongoing discussions have concluded, bilateral support from Ukraine’s allies would be fully integrated into the IMF program design, and Kyiv would receive concrete financing assurances from its lenders and donors, subject to satisfactory program implementation. Moreover, the IMF should receive guarantees from Ukraine’s allies that the country will be able to repay its multilateral loans; the IMF’s macroeconomic loan conditions cannot account for the possibility of military or other geopolitical setbacks that could further damage Ukraine’s economy in the months ahead.

If done properly, this approach could become a model for future loans to countries where strategic Western interests are at stake. While keeping to the IMF’s strict lending standards, the West should seek ways to help geopolitical allies with bilateral funding, capital investment, market access, or other support that can boost the chances of a program’s success. The World Bank and other multilateral development banks would have a large role in project coordination, and where debt burden is a concern, the IMF’s lending into official arrears policy could be used against lenders not acting in good faith, freeing up resources otherwise used for debt service.

Such action would allow the West to leverage resources for the benefit of allied countries while still protecting the balance sheets of multilateral lenders—which are owned by all member countries, rich and poor alike. This would strengthen incentives for other countries to adopt sound financial policies and become less dependent on financing from geopolitical competitors.

This strategy cannot emanate from the Bretton Woods Institutions themselves: It requires the United States and its allies to engage in a deep and well-structured coordination effort to marshal the tangible and intangible resources needed to counter China’s and Russia’s global influence.

Without such coordination, there is a risk that the IMF and World Bank would be on their own to deal with financial and political hurdles that might undermine their still broad-based global support. This could deny the West the ability to use a major geopolitical asset at a time when the resources and expertise of the Bretton Woods Institutions are needed more than ever.

Martin Mühleisen is a nonresident senior fellow at the Atlantic Council and a former IMF chief of staff. 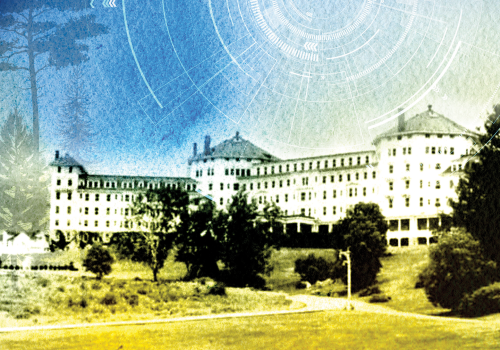 Modernizing the Bretton Woods Institutions for the twenty-first century

The challenges that led to World War II have resurfaced and created the dire need for reform of the Bretton Woods Institutions. A new system to address these challenges requires the three core "Rs"—a revised global remit, an enhanced resource base, and a mandate to monitor agreed-upon global rules. 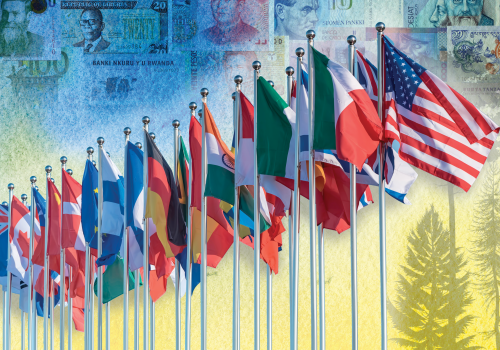 The evolution of the IMF: A case for IMF 1.5 before Bretton Woods 2.0

Bretton Woods Institutions will face enormous challenges going forward. While ambitious reforms are needed, its unlikely they will be seriously considered due to high geopolitical tension and mistrust among major countries. Nevertheless, the need for reform is pressing. Therefore, it is important to look at more feasible reform, narrower in scope and technocratic in nature, to improve the these institutions. 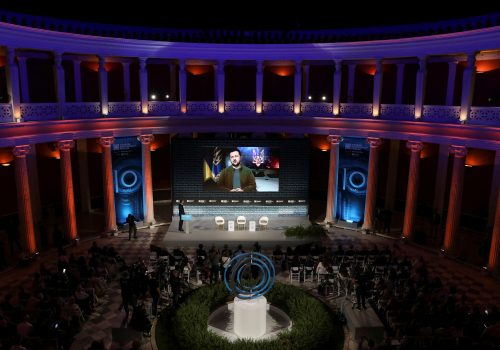 There is growing consensus among global leaders regarding the gathering dangers and their historic stakes, but common action is falling far short of this generational challenge.

Image: A participant stands near a logo of IMF at the International Monetary Fund - World Bank Annual Meeting 2018 in Nusa Dua, Bali, Indonesia, on October 12, 2018. Photo via REUTERS/Johannes P. Christo.