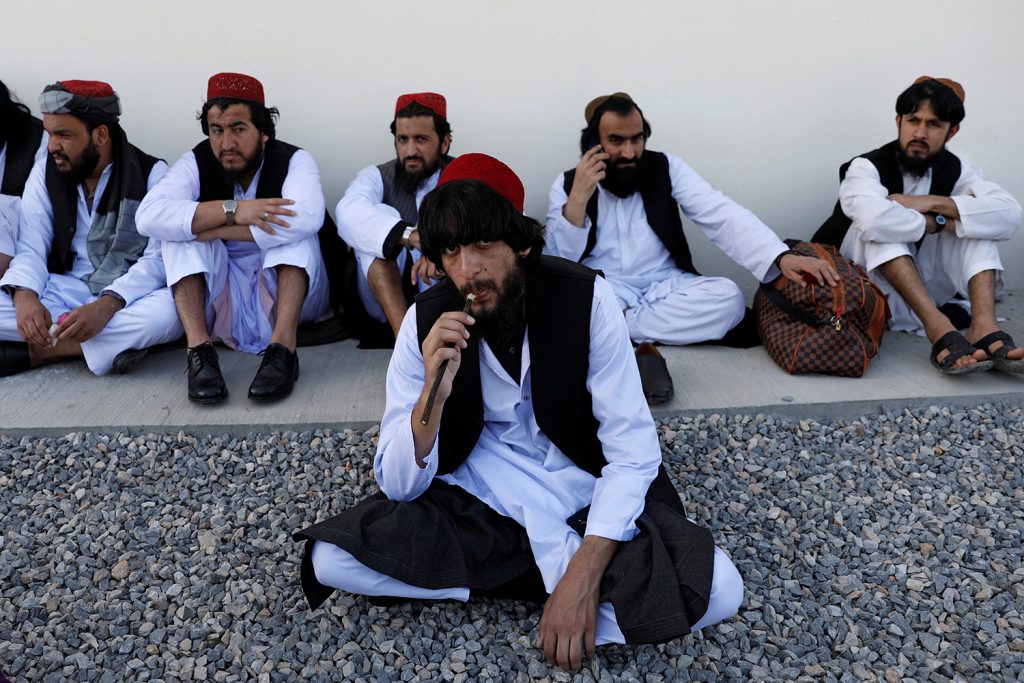 The COVID-19 pandemic is transforming international relations not just by straining relations among powerful states, but also by disrupting violent nonstate actors. Perhaps no major militant outfit has felt the impact as much as the Taliban. The group’s leader, Hibatullah Akhundzada, is either seriously ill with the virus or possibly dead. Sirajuddin Haqqani, the head of the powerful Haqqani Network and deputy leader of the Taliban, is also very ill with COVID-19. This has allowed Mohammad Yaqoob, the other deputy leader, to take operational control of the organization.

The shift in the balance of power within the Taliban has the potential to upend Afghan security, India-Pakistan relations, and the US military withdrawal from Afghanistan.

Haqqani is an ally of Pakistan and al-Qaeda, while Yaqoob favors the peace process with the United States and rapprochement with India. Yaqoob’s rise might therefore seem like good news for Washington. But, as Yaqoob and Haqqani factions compete with each other for power, a spike in violence against soft targets by the Haqqani faction and its allies as well as a new proxy war between India and Pakistan are likely to ensue.

Upon assuming power in 2016, Akhundzada intentionally split operational control of the Taliban’s military forces between Haqqani and Yaqoob in order to prevent the two from creating potentially powerful breakaway factions. While Akhundzada and Haqqani have been out of commission, however, Yaqoob has taken on the latter’s role as chief of operations and the Afghanistan affairs portfolio. He has also set up a new financial commission to manage the world’s second-richest militant group. Among his supporters are Qayyum Zakir, who is influential in the narcotics-producing Afghan province of Helmand, and Ibrahim Sadar, a powerful voice in the Helmand shura, or council. From the time of his initial bid for leadership, Yaqoob has also enjoyed the backing of the Taliban’s interior minister and Kandahar’s shadow governor. In recent weeks, despite being widely seen within the Taliban as an arrogant and entitled son of the organization’s founder Mullah Mohammad Omar, Yaqoob has gained the loyalty and operational resources of the most vigorous Taliban factions in the south, where Haqqani has been unpopular.

In May, a Taliban spokesman made a shocking statement describing India’s revocation of Kashmir’s autonomy and subsequent military crackdown as an Indian “internal affair.” Just a month earlier, anti-India militants had been found training for Kashmir operations at a Taliban training camp in Afghanistan. Indian intelligence officials believe that Jaish-e-Mohammed (JeM), an extremist group based in Pakistan that seeks to annex Kashmir, is operating three training camps in Nangarhar, Afghanistan, in return for JeM training Haqqani Network operatives in Pakistan. The Taliban’s contradictory policy toward India suggests a major internal rift between the Haqqani and Yaqoob factions.

Both India and Pakistan are likely to exploit this rift in order to advance their own security interests in the region, especially as the United States draws down its troops and Afghanistan potentially descends into chaos.

The Haqqani Network is widely viewed as a proxy of Pakistan’s intelligence agency, the ISI. Under the command of Yaqoob, the mainstream Taliban’s accommodating attitude toward India is a direct threat to Pakistan’s ability to project strategic depth through the Taliban against India. The two factions’ divergent attitudes mean that Pakistan will likely view Haqqani’s influence within the Taliban as critical to its interests.

Haqqani gained and maintained his position within the Taliban largely because of his skill at planning and executing attacks. His power, and by extension Pakistan’s influence in Afghanistan, are contingent on the Taliban’s continued interest in carrying out complex military operations. With the mainstream Taliban signaling a turn towards more conciliatory tactics such as ceasefires, and Haqqani’s fall from influence within the Taliban, the Haqqani Network’s power is increasingly tenuous. As the Yaqoob faction turns towards diplomacy with India, the Haqqani Network’s need for stature-boosting military operations and Pakistan’s desire to control the direction of the insurgency align. With some five thousand loyal fighters, along with a sophisticated and independent financing structure, the Haqqani Network remains a formidable threat in its own right. Even cut off from the broader Taliban organization, it remains capable of significant damage.

In addition to the Haqqani Network’s incentives for continued violence, the revelation of joint Haqqani-JeM training camps suggests that Pakistan may use its proxies to project influence outside of the proxies’ usual geographic realms. There are approximately five hundred fighters active in Afghanistan’s Kunar and Nangarhar provinces that are loyal to Lashkar-e-Taiba (LeT), an anti-India and pro-Kashmiri militant organization. Both JeM and LeT became closer to the Haqqani Network and the Taliban after the February 26, 2019 Balakot strike by the Indian military, which resulted in Kashmiri militants seeking refuge further away from India. Both groups have shifted their bases into Afghanistan.

With Pakistan disconnected from the mainstream Taliban, the ISI may also turn to other violent nonstate actors to project influence in Afghanistan. The increasing presence of Kashmiri militants in Afghanistan, alongside a sidelined Haqqani Network, provides an opportunity for precisely that. A recent Afghan intelligence report, done in collaboration with US intelligence, suggests that attacks in Kabul by the Taliban and the Haqqani Network, alongside JeM and LeT, could be imminent. While the Taliban are listed as co-sponsors of the attack, the report suggests the attacks will come alongside a Haqqani Network military offensive to capture several towns along the border with Pakistan, and follow the release of Anas Haqqani, Sirajuddin’s brother. This offensive alongside Anas’ release implies that the Haqqani Network is preparing military operations to bolster its standing within the Taliban.

These developments could complicate the US military withdrawal from Afghanistan. Given Pakistan’s efforts to get the United States to leave, it is unlikely that Pakistan’s proxies would directly attack coalition forces for fear of provoking the United States into a response or increased commitment. Rather, they would likely attack soft targets in order to provoke an Afghan military response, leading to a breakdown in intra-Afghan negotiations. In such circumstances, the United States would be left with the choice of continuing to back the Afghan government and freezing troop withdrawals, or letting Afghanistan once again descend into a civil war and potentially become a base for militant groups targeting the United States and its allies.

Recognizing that further attacks may not be at the behest of the mainstream Taliban will be crucial to preventing escalation in Afghanistan. Further violence in Afghanistan may instead be a result of the interminable conflict between India and Pakistan, and the Haqqani Network’s incentives for continued warfare. In the coming months, attributing attacks accurately could prevent the United States and its partners from getting dragged back into the war.

Yelena Biberman is an associate professor of political science at Skidmore College, a nonresident senior fellow at the Atlantic Council, and the author of Gambling with Violence: State Outsourcing of War in Pakistan and India (Oxford University Press, 2019).

Jared Schwartz is an independent researcher and recent graduate of Skidmore College.

Will Ghani’s plan for peace in Afghanistan work?

“What has been done so far is good enough, but what matters now is to address the underlying challenges the process faces ahead,” Javid Ahmad says. “This includes the continuing concerns regarding the lack of a meaningful intra-Taliban consensus to negotiate peace, one likely to upset the upcoming process should the Taliban make unreasonable demands to please their hardliners.”

Sitting at a new crossroads, Afghanistan is once again tilting between an opportunity to take the path to peace and a political settlement—hard as it may seem—or to bounce back on the path of more violence and conflict with no end in sight.