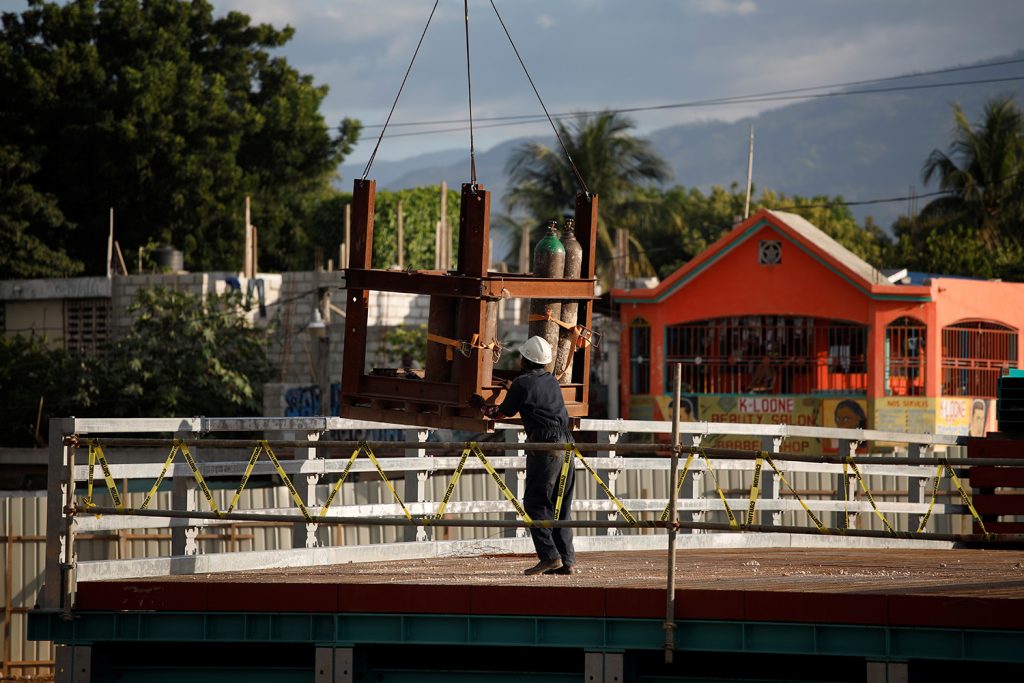 On Saturday, the Group of Seven (G7) and the White House announced a global infrastructure initiative that may give China’s Belt and Road Initiative (BRI) a shot across the bow. The secret to implementing this plan: the Blue Dot Network.

In November 2019, the United States, Japan, and Australia launched the Blue Dot Network (BDN)—named for the view of earth from space as a mere “blue dot”—to encourage development by certifying public-private investments in global infrastructure that are transparent and high-quality. By establishing shared standards for infrastructure development, BDN aims to improve connectivity, strengthen the economy, increase employment opportunities, and contribute to a cleaner environment. When I worked with BDN in 2020, I saw first-hand the hunger from US allies and partners for an alternative to BRI. The time is right to put wind in the BDN sails to achieve its potential.

Infrastructure gains in the twenty-first century across Asia, Africa, and Central and South America will result in the level of connectivity seen today in Europe and North America. Economic and demographic forces like increasing trade activity and population growth will drive closer connections along land routes between Hanoi, Vietnam, and Hamburg, Germany; between Lagos, Nigeria, and Johannesburg, South Africa; and from São Paulo, Brazil, to Santiago, Chile. Regional development banks estimate that the annual infrastructure demand across Asia, for example, stands at over $1.7 trillion. If properly developed, new, greener infrastructure will improve the global environment as well as the economy. BDN offers a means of achieving this.

The international community previously addressed global infrastructure demand by developing principles for sound infrastructure (such as the Charlevoix G7 Summit Communique, the Equator Principles, and the Group of Twenty Osaka Leaders’ Declaration, with its principles for quality infrastructure investments). While the West was talking about principles, Xi Jinping’s China was busy at work through the BRI to construct ports, bridges, and 5G networks worldwide.

The initial shine of BRI has worn off as countries have come to realize that many BRI projects serve China’s geopolitical interests rather than the host countries’ infrastructure needs. Debt to China has risen substantially in the Republic of Congo, Djibouti, and Angola, while Pakistan and Kenya amassed some of the largest debts to China among BRI countries. Countries in suffocating debt are offered demeaning deals undermining their sovereignty (e.g., the ninety-nine-year lease of Sri Lanka’s Hambantota port to China, reminiscent of colonial practices). Chinese port construction is often seen as a beachhead for its military presence. China often ignores established construction, environmental, and labor standards. Most concerning is its total lack of transparency on the financing and terms of these BRI projects.

Once it starts, BDN will brand and certify infrastructure projects to distinguish those that are transparent, accountable, and secure from those that are not. BDN-certified projects will be transparent in financing and meet high standards for construction, labor, and the environment. Most democratic countries, including many G7 members, already require these practices. BDN’s system incentivizes quality infrastructure investments in a way that is similar to other certification systems like the US Green Building Council’s LEED rating system for buildings or fishery and forestry certifications.

BDN offers emerging countries an incentive to enact regulatory reforms that would then attract global private capital. For industry, BDN makes loan guarantees available to mitigate risk and offers a certified seal of approval backed by each host country. As it aims to increase bankable infrastructure investments in emerging countries, BDN can transform infrastructure into an investment class.

In 2020, the United States put forth BDN for the G7’s support and funding, but the summit was canceled. There was broad agreement among the group, except on how best to address climate change in the context of BDN. The transatlantic dissonance on climate change in 2020 has been replaced by a strong consonance in 2021. This paves the way for BDN to earn the endorsement of the G7 and be highlighted at the 26th United Nations Climate Chance Conference of the Parties in November.

BDN represents another chapter for US leadership to address global needs and safeguard the international system from predatory behavior. With the Biden administration’s mission to build back better for the world, it is well-poised to make BDN one of its landmark legacies for global good.

Kaush Arha is a senior fellow at the Atlantic Council’s Scowcroft Center for Strategy and Security. In 2020 he served as the US G7 sherpa for the Blue Dot Network.

IN BRIEF: Why the G7 summit matters, in seven charts

The G7 is meeting in person for the first time since the pandemic began. The GeoEconomics Center explains the top seven issues on the agenda and why they matter.

Image: A worker guides gas cylinders lifted by a crane on a bridge under construction in Port-au-Prince, Haiti on November 13, 2018. Photo via REUTERS/Andres Martinez Casares.