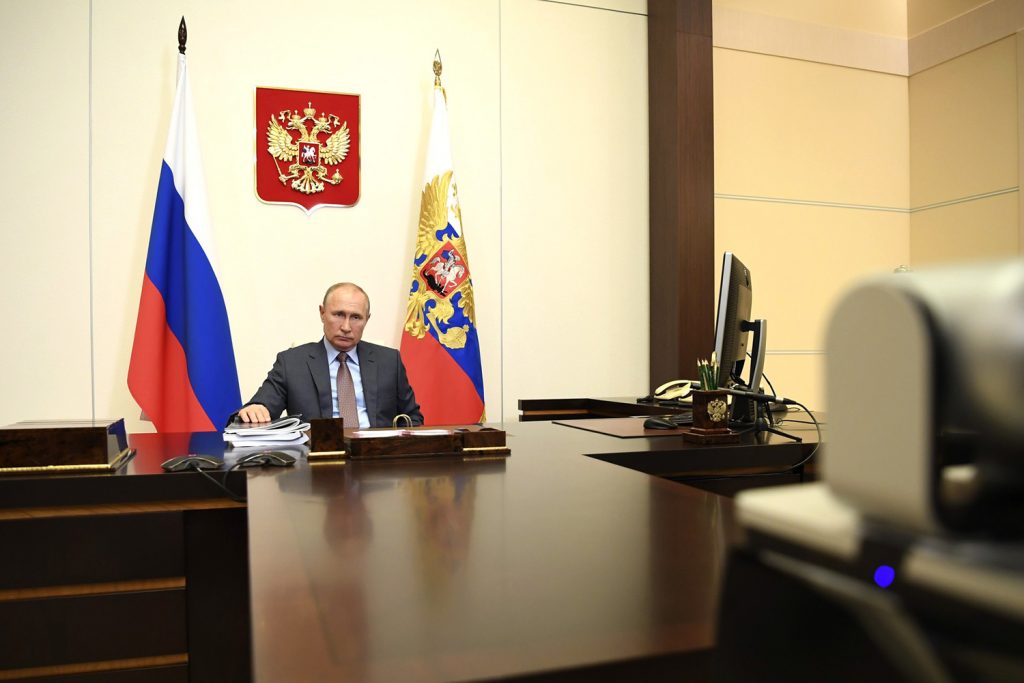 Three decades after the fall of the Berlin Wall, the West is yet again engaged in an increasingly tense confrontation with the Kremlin. One point of friction, central to the Kremlin’s narrative of grievance, has been NATO’s role as a guarantor of security and stability in Europe and the sovereignty of its member states. Moscow’s leaders, in seeking to undercut and eliminate that role, argue that their country has been a victim of an expansionist Western strategy to isolate and weaken Russia.

But a recently compiled trove of historical documents constitutes a profound rebuttal of that false narrative, contradicting Moscow’s complaints about NATO through the words of Russia’s own top officials and experts. In an age of widespread disinformation and malign revisionism, the collection provides an accurate account of the NATO-Russia relationship.

Documents Talk: NATO-Russia Relations after the Cold War, co-sponsored by NATO and The Polish Institute of International Affairs, consists of eighty-nine documents produced by the Alliance, by Russia, and by Russia and NATO jointly between 1991 and 2020. The editors of the collection—Robert Kupiecki, the former Polish ambassador to NATO and the United States and deputy minister of national defense, and Marek Menkiszak, the head of the Russia Department at Warsaw’s renowned Centre for Eastern Studies—bring their expertise to bear on the texts and offer clear analysis of the actions and objectives that have shaped the relationship between NATO and Russia.

The reality that emerges from the collection is that NATO carefully responded to the aspirations of Central European democracies to join its ranks, while in parallel seeking to include a new, democratic Russia in a transformed European security system.

At the end of 1991, NATO invited the newly independent Russian Federation to join the North Atlantic Cooperation Council—established to bring together the once-divided halves of Europe—as an equal among the very countries Moscow had occupied and repressed, sometimes violently, during the Cold War. In 1994, NATO provided an opportunity for Russia to join the Alliance’s Partnership for Peace, a program established for military-to-military engagement and a stepping stone toward membership for those countries interested in pursuing it.

The Russian response was not initially negative. Documents Talk captures former Russian President Boris Yeltsin’s 1991 expression of interest in NATO membership and his 1993 acknowledgment, in a joint Polish-Russian declaration, that Warsaw’s pursuit of Alliance membership was “not contrary to the interests of other states, also including Russia.” (At the time, the Polish government pressed this article’s co-author, Dan Fried, then serving on the White House’s National Security Council staff, for a rapid US government response to nail down Yeltsin’s acceptance of NATO enlargement, which frustratingly it was unable to do.)

But Russia soon veered back to its more traditional demand for a sphere of influence. Kupiecki and Menkiszak include official strategy documents from Moscow that articulate its determination to sustain hegemony over Central Europe (as a clearly stated objective, even if in an attenuated fashion), efforts to block Central and Eastern European membership in NATO, and attempts to sow discord in the transatlantic relationship.

To address stated Russian concerns about the Alliance’s enlargement, NATO announced in 1996 that it had no intention of basing nuclear weapons on the territory of its newest members. In 1997, NATO agreed that “in the current and foreseeable security environment,” it would refrain from the “additional permanent stationing of substantial combat forces” in Europe. That same year it reiterated this pledge as part of the NATO-Russian Founding Act, which formalized a Russia-NATO strategic partnership and a Permanent Joint Council for consultation and combined action. The idea was to establish an “alliance with the Alliance” reflecting the fact that NATO and Russia viewed each other no longer as adversaries, but as partners committed to democracy and cooperative security.

The introduction by Kupiecki and Menkiszak reminds us that a consistent Russian tactic has been to entice the United States into recognizing Russia as “a privileged co-decision-maker in the process of creating a post-Cold War security order in Europe.” This would mean a Kremlin veto over the future of its formerly repressed subjects, whose successful fight for freedom helped end the Cold War.

It’s a demand that NATO could not accept. And the Kremlin eventually lost interest in a cooperative relationship with NATO. No alliance with the Alliance materialized. Vladimir Putin flirted with the idea of NATO membership during his initial months as Russia’s president. But initiatives such as the 2002 upgrade of NATO-Russia relations, through the creation of the NATO-Russia Council, proved largely ineffective in fostering frank and constructive dialogues with Russian leaders.

We know all too well how the story played out instead. Putin chose to follow a revanchist agenda of cyberattacks, election interference, energy embargoes, assassinations abroad, military provocations, aggression in Syria and Libya, and the invasion and occupation of territories in Ukraine and Georgia. Indeed, Putin’s reply to NATO’s outreach has been a destabilizing pattern of escalating aggression toward the West.

Documents Talk assembles texts that defined the emergence of a Europe that is free, undivided, and secure—a vision that is still not fully realized and that will likely be resisted by Putin’s Russia for the foreseeable future. It is a collection that should be read and understood by those with a responsibility for keeping the peace in Europe in an era of mounting turbulence.

Ian Brzezinski is a senior fellow at the Atlantic Council and served as US deputy assistant secretary of defense for Europe and NATO policy.

Ambassador Daniel Fried is the Weiser Family Distinguished Fellow at the Atlantic Council and served as US assistant secretary of state for Europe and ambassador to Poland as well as other senior positions.

Ambassador Alexander Vershbow is a distinguished fellow at the Atlantic Council and served as US ambassador to NATO and to Russia, assistant secretary of defense, and deputy secretary general of NATO as well as other senior positions.