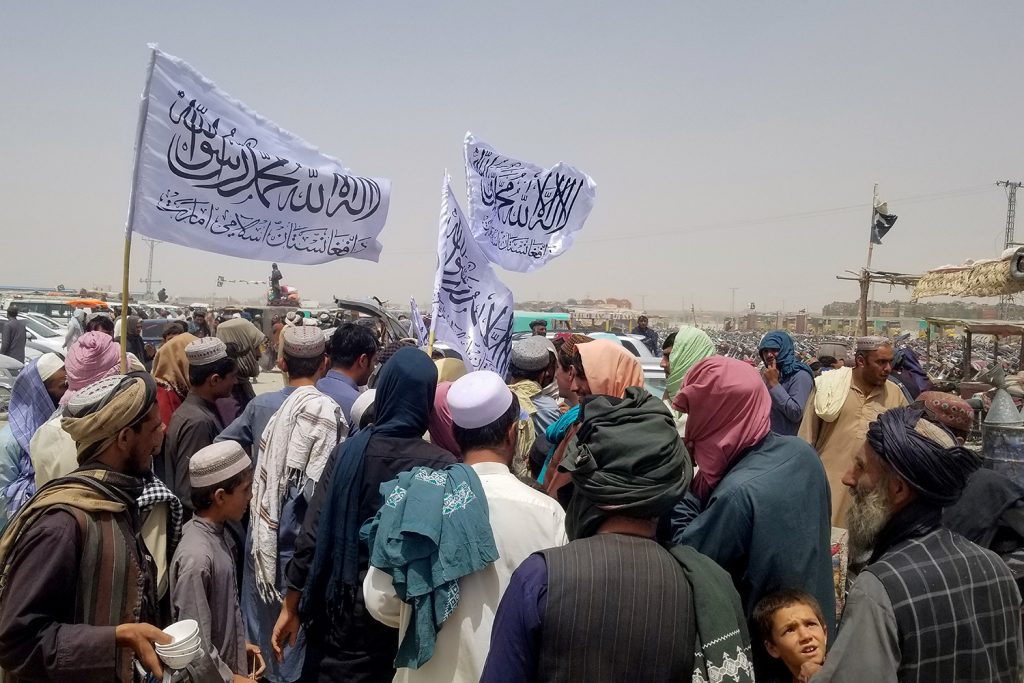 The hasty US troop withdrawal in Afghanistan is more than a quick win for the Taliban: It’s a serious loss of regional stability, kindling for terrorism, and fuel for Pakistani ambitions.

Concerns about Pakistan extend beyond rival India, which has historic and cultural ties to Afghanistan and invested heavily in infrastructure projects there. Bruce Riedel, who helped the Obama administration synthesize policy on Afghanistan in 2009, noted in April that US President Joe Biden had yet to engage with Pakistan’s Prime Minister Imran Khan. Biden’s mistake, he said, comes after the US president inherited “a terrible deal from Trump’s feckless negotiators.”

The lapse, Riedel warned, would eventually make Pakistani generals “more hubristic and dangerous than ever.” Pakistan, he predicted, “is a winner again in Afghanistan.”

This week’s distressing visuals put a face on some who didn’t win. Images of Afghans desperately trying to board US military transport planes in Kabul were as poignant as those that chronicled the fall of Saigon in 1975. Female students worried about their schooling future. Afghan women feared “dark days,” France 24 reported.

How did Pakistan’s Khan respond to the Taliban sweeping into Kabul? “Afghanistan has broken the shackles of slavery,” he declared.

To observers in India, it looked like a costly power vacuum—one created by a hurried US troop withdrawal and the escape of then Afghan President Ashraf Ghani. On Afghanistan, said Indian External Affairs Minister S. Jaishankar, “India has divergences with [the United States].”

Executing the troop recall without ensuring the stability of an interim Afghan government was as unwise as US Administrator in Iraq Paul Bremer’s dismissal of Saddam Hussein’s army and bureaucracy in May 2003. That void was filled by feuding Sunni and Shia terrorist groups, followed eventually by the dreaded Islamic State of Iraq and al-Sham (ISIS), which spread terror to the farthest corners of the world.

During the emergency United Nations Security Council meeting of August 16, China called on the Taliban to make “a clean break” with terrorist groups who might take advantage of the current chaos. The Indian delegate, who is the current council president for August but spoke on behalf of his country, said there must be zero tolerance for terrorism.

India invested heavily in a peaceful Afghanistan. “No part of Afghanistan today is untouched by the four hundred-plus projects that India has undertaken in all thirty-four of Afghanistan’s provinces,” said Jaishankar.

India showed up too. The highway from Zaranj to Delaram was inaugurated by President Hamid Karzai and India’s then External Affairs Minister Pranab Mukherjee in January 2009. (The only “contribution” the Taliban made was by killing six Indian workers and 129 Afghans in terrorist attacks while they worked on the highway project.) Afghanistan’s new parliament building, built by India, was inaugurated by Prime Minister Narendra Modi in 2015.

These links are part of an Indo-Afghan relationship going back to the third century BCE, when Greeks ceded most of what is now Afghanistan to the Mauryan Empire. Students from Central Asia and Afghanistan studied at the university of ancient Taxila. Philologists say that Pashto, the national language of Afghanistan, is derived from Sanskrit and influenced by Persian. Jawaharlal Nehru, in The Discovery of India, noted that twelfth-century Afghan invaders settled down by marrying Hindu women.

Cultural relations continued after the partition of India in 1947, when Pakistan absorbed the Pashto-speaking northwest areas, though big Pashto-speaking enclaves persist in various Indian states.

There were close bonds between Afghans and Indian Congress party leaders, as highlighted in Canadian filmmaker Teri McLuhan’s 2008 documentary, Frontier Gandhi, and in Non-violent Soldier of Islam, the 1984 book by Eknath Easwaran on the life of Khan Abdul Ghaffar Khan. “Badshah Khan,” as he was fondly called by his followers, was a freedom fighter from undivided India, born in Utamzai, Pakistan, but buried in Jalalabad, Afghanistan. He was close to Mahatma Gandhi, chose Gandhian principles of peaceful struggle, and advocated for women’s rights even in a tribal society.

Ghaffar Khan, who is not as widely remembered as Gandhi, had a different interpretation for jihad: “It is the weapon of the Prophet, but you are not aware of it. That weapon is called patience and righteousness.”

Vappala Balachandran is an Indian national-security analyst who was part of the two-man high-level committee appointed by the government of Maharashtra to inquire into the police response to the 2008 terror attack on Mumbai.

By Irfan Nooruddin, Harris A. Samad

How the Taliban did it: Inside the ‘operational art’ of its military victory

The Taliban of 2021 is not the same as the Taliban of the 1990s. This Taliban is now adept at integrating military and non-military instruments of power in pursuit of its political objectives.

Image: People with Taliban's flags gather to welcome a man who was released from prison in Afghanistan, upon his arrival at the Friendship Gate crossing point at the Pakistan-Afghanistan border town of Chaman, Pakistan on August 16, 2021. Photo via Saeed Ali Achakzai/Reuters.