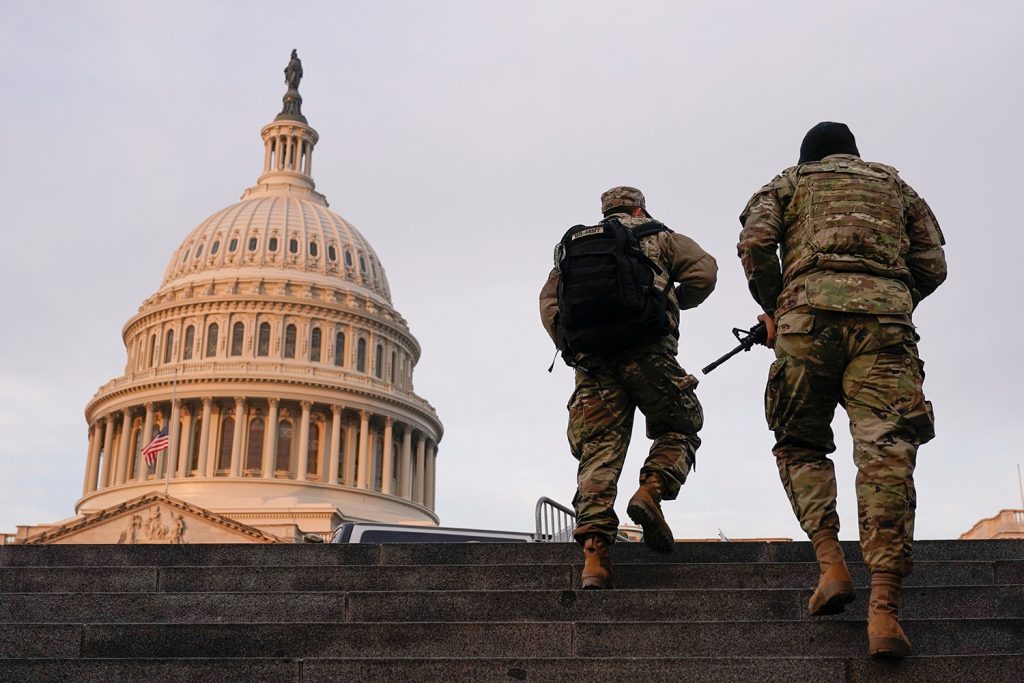 The storming of the US Capitol shocked the United States and the world. But in the United States at least, that shock has not been distributed equally. While political leaders in the Democratic Party and a growing number in the Republican Party have condemned the violent attack on the citadel of American democracy, websites and social-media networks popular among President Donald Trump’s millions of supporters have sought to justify the event as a protest against a “fraudulent” 2020 election (a baseless allegation) or to blame the violence on left-wing infiltrators (again without any evidence). A YouGov poll conducted shortly after the riot found that while 71 percent of registered voters opposed the assault on the Capitol, only 43 percent of Republicans opposed it and 45 percent supported the siege.

The different perceptions of reality led the Washington Post Editorial Board to conclude that “our nation is riven into two realities, only one of which is actually real.” The Post is right, but its diagnosis does not convey the full complexity of what’s ailing America. The Editorial Board largely pins the problem on lies disseminated by right-wing influencers and elected officials on social media. And indeed, the widespread and persistent propagation of groundless claims and conspiracy theories across pro-Trump sites and social media, reinforced by several conservative media outlets and the prestige of the Executive Office of the President, has led millions of Americans—many of whom do not consult other sources of news—to live in their own world. More to the point, social media was instrumental in the planning and coordination of the riot at the Capitol.

Nevertheless, despite the crucial role played by social media in the polarization of America and the particular circumstances of the storming of the Capitol, it is important to recognize that the United States is riven by disconnects that run far deeper than the social web. In the United States these days, diametrically opposed realities coexist in the same space and time—and traditional mechanisms for determining truth aren’t working effectively. According to the Pew Research Center, for example, 85 percent of US adults in a pre-election survey said that “Biden and Trump supporters disagree not only over plans and policies, but also over basic facts.” Furthermore, about 80 percent of respondents said that the two camps “also disagree over core American values and goals.” With no common perception of reality or values and goals, it is very challenging to conduct a dialogue that leads to national reconciliation.

Several underlying factors have fueled resentment and grievance among millions of Americans. Many Americans across the political spectrum are grappling with growing inequality in wealth and income distribution, made worse by the pandemic, and struggling to make a living with diminishing social mobility. Then there’s the feeling of insecurity among many workers in the face of rapid changes wrought by globalization and technological advances—forces that have propelled economic growth but produced benefits that have not been shared equitably. There’s the fear among some White Americans, especially some White men, of losing their relative status in society amid public debates about much-needed policy actions to rectify the institutional racism that Black Americans still face. And there are the profound cultural, social, and demographic changes in recent decades that have made many people feel like strangers in their own country, a sentiment that Trump has exploited with his rallying cry to “take back our country.” These problems are complicated and deep-rooted, and they have built up over a long period—in many cases driven by dynamics not wholly under government control. In any event, this resentment and grievance provide fertile ground for baseless claims and conspiracy theories spread by demagogues and amplified by social media.

Under the best of circumstances, addressing such fundamental problems would require a range of targeted policies with strong political support that are competently implemented over a sustained period of time. Under current circumstances, doing so might seem like an insurmountable challenge. But with the stakes as high as defending democracy, we must press forward undaunted.

President-elect Joe Biden’s focus on his “Build Back Better” agenda is a good place to start. The “American Rescue Plan” he unveiled on January 14 forms the first part of that agenda. It’s a $1.9 trillion stimulus package that focuses on getting control of the raging pandemic, aiming for $1,400 COVID-relief checks for American families, extending unemployment benefits, and providing aid to state and local governments whose budgets have been strained by the coronavirus crisis. It will be followed by a second part in the spring that involves making investments in infrastructure and clean energy, increasing funding of research and development for breakthrough technologies, and improving the healthcare system while providing training for displaced workers seeking new jobs. These measures are all urgently needed to create jobs and promote economic recovery. With the Democrats controlling both the House of Representatives and the Senate, albeit with a very thin majority in the upper house, Biden should be able to get many of his economic proposals through Congress. If necessary, this can be achieved through the budget-reconciliation process, which requires only a simple majority in the Senate rather than the sixty votes to end a filibuster.

The budget-reconciliation process may turn out to be crucial in overcoming objections by several Republican lawmakers to significantly adding to the country’s fiscal deficits and public debt. While a high public debt–to–GDP ratio is indeed a serious problem for the United States in the medium to long term, the challenge now is to spur a strong economic recovery that prevents the damage inflicted by the pandemic on companies and workers from becoming permanent and reducing future growth rates. Given this trade-off between near-term crisis-fighting imperatives and longer-term concerns, future stimulus programs should as much as possible center on investments in infrastructure to raise the economy’s productivity rather than focusing on simply sending checks to families to fund current consumption. The latter is urgently needed for many households but should be well-targeted and well-administered to avoid waste.

Such policy measures, if passed by Congress, could begin to tackle some of the challenges underlying the nation’s present predicament, so that America’s schisms don’t continue to deepen and its realities don’t continue to diverge to the point of no return.