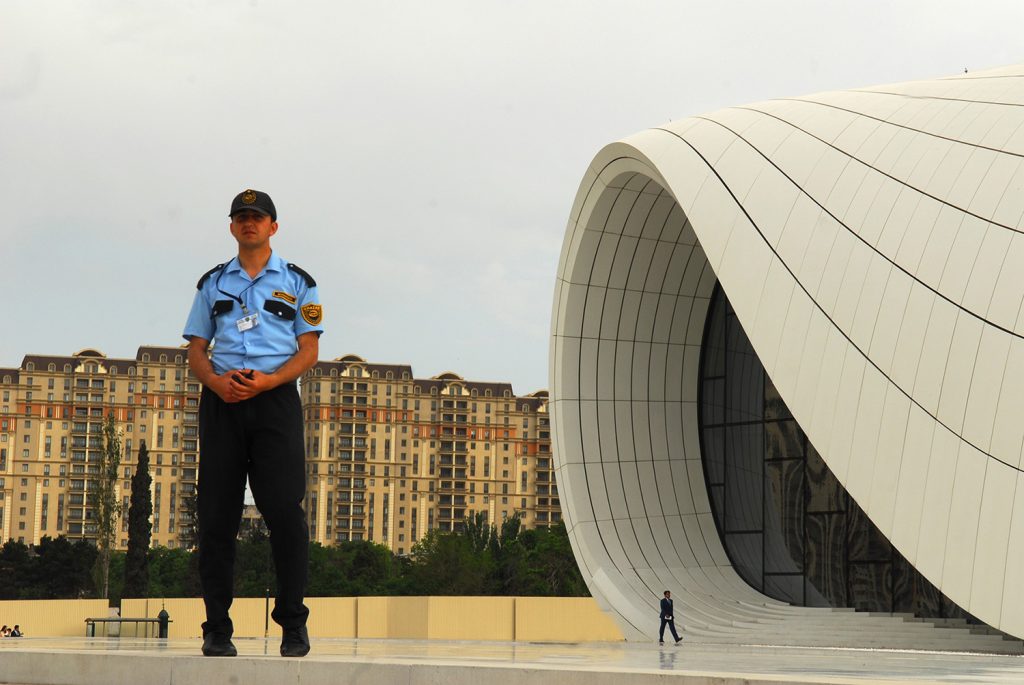 The three former Soviet republics of Armenia, Azerbaijan, and Georgia—long beset by ethnic and regional tensions—now face a new and growing threat: the steady stream of propaganda related to how and why COVID-19 is spreading throughout the Caucasus.

Much of this disinformation is flowing directly from Moscow, warned experts speaking from Yerevan, Baku, Tbilisi, and Washington as part of a 360/Virtual discussion hosted May 19 by the Atlantic Council’s Digital Forensic Research Lab (DFRLab).

According to official statistics, Armenia as of May 19 had 5,041 coronavirus infections and sixty-four deaths, followed by Azerbaijan, with 3,387 cases and forty deaths. Georgia appears to be doing far better than its two Caucasus neighbors, with 702 cases and only twelve deaths.

Yet Eto Buziashvili, a research associate with the DFRLab, warned that various Russia-backed individuals have impersonated trusted Georgian health authorities in order to discredit pro-democracy activists and foment unrest.

For example, she said, Russian President Vladimir Putin’s propaganda machine is spreading the conspiracy theory that the Richard Lugar Center for Public Health Research in Tbilisi—opened in 2011 and widely praised for its genetic sequencing capabilities—is a “nest of viruses,” that it conducts illegal tests on Georgian citizens, and that the US-funded center is the crux of a Pentagon conspiracy to conduct biological weapons testing against Russia.

“We’ve observed various disinformation narratives originating in the Kremlin that the virus was manufactured by the Americans,” Buziashvili said. “On social media, thousands of Georgians have been discussing the alleged link between 5G technology and the spread of COVID-19. These false, misleading claims have led to material damage in other countries.”

Buziashvili said a Georgian Facebook group “has even called on society to take on-the-ground action such as organizing massive protests against 5G. Georgia might be the next country witnessing people setting fire to masts and cell towers.”

A similar phenomenon is underway in Armenia, said journalist Karine Ghazaryan of the Media Initiatives Center in Yerevan.

“After a state of emergency was introduced in Armenia, the government tried to impose restrictions. It was prohibited for any journalist to report anything aside from official sources. The government justified these new rules with their desire to prevent the spread of fake information about COVID-19,” she said. “But this ban caused a lot of criticism—both internally and outside of Armenia. By mid-April, the limitations were abandoned completely, and the media could report anything they liked.”

As a result, Ghazaryan said, average Armenians don’t know what to believe.

“It’s like a Petri dish for hoaxes,” she said. “We have a lot of doctors who spread anti-vaccine conspiracies, and it’s very difficult to convince people that the doctors are lying. Armenia’s Ministry of Health has even filed a lawsuit against one of those doctors.”

Ghazaryan added: “Armenia’s National Center for Disease Control is a popular target for conspiracy theories about bioweapons and experiments on humans. Several Russian websites have reported that this center is actually the place from where the virus was disseminated in Armenia. These articles were translated into Armenian, and it spread like wildfire.”

Not all this disinformation comes from Russia, said Ghazaryan; some of the anti-vaccine content also originates from US websites—including some outlandish claims that Bill Gates intentionally created the pandemic in order to implant microchips into people.

In oil-rich Azerbaijan, whose population of 10.1 million far exceeds the combined population of Georgia and Armenia, lawmakers passed a bill in March prohibiting the dissemination of false information about the pandemic.

Leyla Mustafayeva, editor-in-chief of Fakt Yoxla, an independent media watchdog in Baku, said that early on, Azerbaijani authorities arrested several people for violating that law—including some who had posted on Facebook that the real number of cases was higher than official figures suggest. But this, she said, “was only an excuse for the government to win points from society and exaggerate their role as if they’re doing a lot to fight” COVID-19.

“Unfortunately, there are very few independent journalists left in Azerbaijan,” Mustafayeva told the panel. “In countries like ours, it is not about their professionalism as journalists, it’s about being a tool of government propaganda.”

Batu Kutelia, deputy chairman of the Atlantic Council of Georgia, said it’s no secret that Russia has long exploited world crises for its own gain—the current one being no exception.

“Pandemics are beloved events for authoritarian leaders. They allow them to implement, with a higher degree of legitimacy, some of the dirty work they wish to do, like curbing basic freedoms,” said Kutelia, a former Georgian ambassador to the United States.

Moscow’s main goal all along, Kutelia asserted, has been to drive a wedge between the US and the European Union, while getting citizens throughout its “sphere of influence” to question the vulnerability of their own leaders.

“Georgia has been exposed to this hybrid pressure for nearly thirty years,” he said, noting that one-fifth of Georgian territory remains under Russian military occupation following a brief 2008 border war between the two countries. “The idea is to subvert state institutions. That’s what they’re trying to do in Georgia, Ukraine, Armenia and Azerbaijan. Public trust is eroding, so rulers are easy prey for Russian pressure.”

That’s why independent journalists must be allowed to report the unvarnished truth about COVID-19, said Buziashvili.

“If someone’s telling you it’s raining outside and someone else says it’s not, you should look out the window and check if it’s raining or not,” she said. “This is how it should be. We believe explanation is the key in defeating disinformation.”

Image: An officer stands guard in front of the Heydar Aliyev Cultural Center in Baku, Azerbaijan. (Photo by Larry Luxner)