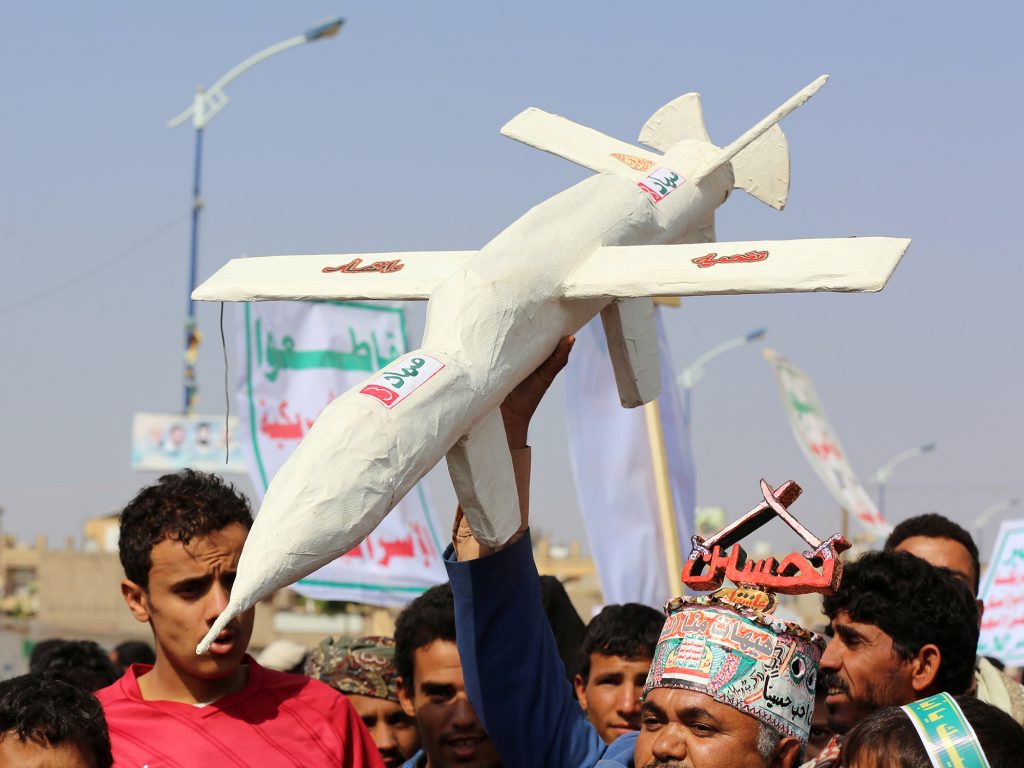 The ten-drone attack on Aramco’s Abqaiq facility in Saudi Arabia on September 14 is a sign that the Houthis suffer from false confidence.

The Houthi movement’s leadership interprets Congressional pressure on Saudi Arabia as a green light to act against the Kingdom. And they understand that current interpretations of US law limit our options for disarming them before they strike our allies and interests.

This false confidence leads them to routinely spoil attempts to negotiate with any party, yet they are entirely ineffective at articulating what they’d settle on as an endstate. If they seek to play a politically influential role in the future of Yemen, following through on invitations to discuss this possibility is smarter than drawing return fire on the Yemenis they will need to vote for them.

This strike is particularly naive because of the Taliban’s experience last week. Snubbing talks and launching attacks is not a way to garner sympathy from the United States or the international community.

Take a deep breath and strategize

There is no need for an escalatory response to this attack. Aramco has built smart redundancy into its operations. The market will flinch today and oil prices will blip up, but Aramco will pull a standard operating procedure off the shelf and have things back on line in hours, while they deal with the cleanup separately.

There is a good chance that this attack was the result of an internal Houthi argument and is the hardline Houthi faction’s way of punishing those among them who were willing to negotiate.

We are holding our breath right now, waiting to see how Saudi Arabia reacts. Even if Saudi Arabia makes a unilateral decision to respond in a way that oversteps the advice of the international community, this should not cause panic. Here is how it would likely play out:

The critical error that the Houthis could make here is breaking the ceasefire and again refusing to talk. Patience will have run out, sympathies will have waned.

They will also be contending with an additional set of adversaries who do not wish to talk, al-Qaeda and ISIS elements now less constrained after the Emirati drawdown. The longer the Houthi fighters insist on attacks instead of negotiations, the more time they allow these elements to come north and find their families.

The smartest thing for Iran to do right now is say this attack on Abqaiq was an internal Houthi decision.

The smartest thing for the Houthis to do right now is show up at a table with a willingness to accept a proportional political role and a request for a hefty gift of sustained infrastructure and services upgrades to their homeland.

The smartest thing for the Saudis to do is repair Abqaiq and show the world how little the Houthis can impact them or their role in stabilizing world energy markets.

The United States has limited options for non-escalatory intervention. But we can ask our friends in Oman, who consistently try to create conditions for peace, to tell their Houthi guests that if they do not agree to show up at talks they will need to find a new place to be intransigent.

The passage of Senate Joint Resolution 7 is a fresh rebuke for the Trump administration, that its support for the Saudi-led war on Yemen is unauthorized, illegal, and an immoral assault on the Yemeni people.

The only hope for ending the Yemen war lies with enough congressional pressure to force the administration’s hand to use its military assistance to Saudi Arabia as leverage to bring about a solution.

Image: Followers of the Houthi movement carry a mock drone during a rally held to mark the Ashura in Saada, Yemen September 10, 2019. REUTERS/Naif Rahma