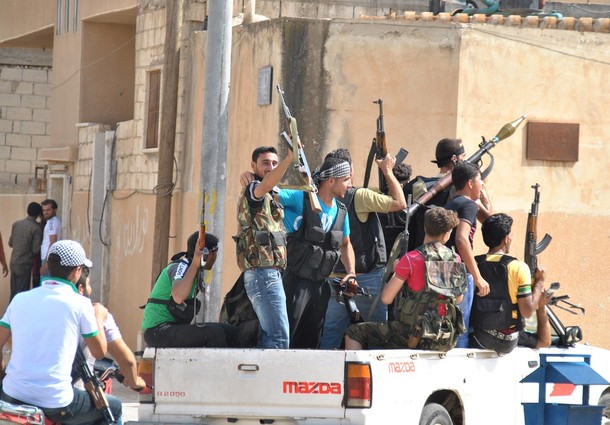 It took less than twenty-four hours for President Barack Obama to run up against his first major foreign policy setback since reelection; the US-backed opposition conference in Doha reportedly began to unravel Wednesday, with several key opposition leaders withdrawing from the initiative.

This new setback is disheartening, but hardly surprising; previous attempts to unify the Syrian opposition have literally ended in fist fights, providing an almost comically stark illustration of the political infighting that continues to undermine the opposition leadership.

Yet even before this development, it seemed unlikely that the Doha conference would effect immediate change in Syria’s civil war. Indeed, the initiative reflects a critical shortcoming in the Obama Administration’s Syria policy to this point; Washington remains fixated on the political dimension of what has become an overwhelmingly militarized conflict, one whose trajectory will, for the foreseeable future, continue to be determined by armed groups on the ground—not politicians.

The United States is thus seeking to inject its influence into a political process that remains little more than a sideshow, distracting from the more urgent goal of toppling the regime. While this policy persists, the Administration’s prospects for influencing Syria’s transition are waning; meanwhile, regional actors such as Iran and the Sunni Gulf states are stepping in, deepening Sunni-Shia fault lines and increasing the danger of a drawn-out period of sectarian bloodletting akin to Lebanon’s fifteen-year civil war. If the second Obama Administration hopes to alter this trajectory and play a constructive role in Syria’s transition, it must be willing to adopt a more direct approach.

One option that Turkey has begun to push in the wake of Obama’s reelection is for NATO to provide Patriot missiles that could be stationed along Turkey’s border with Syria and used to enforce a safe zone in northern Syria. This would, in theory, bolster Turkish security while providing the rebels with protection from President Bashar al-Assad’s brutal air campaign without committing Western troops or aircraft. This would prove a key step towards a more proactive Western engagement in Syria.

Whether or not this possibility is pursued, Washington would also do well to initiate a long overdue campaign of providing select rebel groups with the heavy weaponry needed to combat Assad’s superior forces—an option that Britain is reportedly beginning to consider more seriously. Recent developments speak to the potential efficacy of such a policy in helping to offset the regime’s advantage, as amateur video has emerged showing rebels using surface-to-air missiles to bring down regime aircraft. This capability has reportedly forced jets to fly at extreme altitudes, limiting the destructive potential of the aerial campaign that has become a centerpiece of regime strategy. Meanwhile, coordinated provision of lethal aid would give the United States and its allies some degree of leverage in promoting moderate armed groups over their more radical counterparts.

Of course, the strategy of arming the rebels has its own set of drawbacks. Perhaps most glaring is the possibility that American arms could fall into the hands of extremists who would eventually turn those weapons against the United States—a scenario that has played out in recent decades with both the Taliban in Afghanistan and insurgent groups in Iraq. This fear is exacerbated by the Syrian opposition’s lack of unity and coordination, and by reports of a steadily growing jihadist presence on the ground.

This line of argument, however, fails to acknowledge the critical fact that Western inaction may be facilitating the very outcome policymakers hope to avoid. Absent lethal support from Western powers, rebels are heavily reliant on arms shipments from Sunni states such as Saudi Arabia and Qatar; as the New York Times recently reported, these weapons have largely been funneled to hard-line Sunni jihadist groups. Given these countries’ own stakes in Syria as a staging ground.

Alex Simon is an intern in the Atlantic Council’s Rafik Hariri Center for the Middle East.