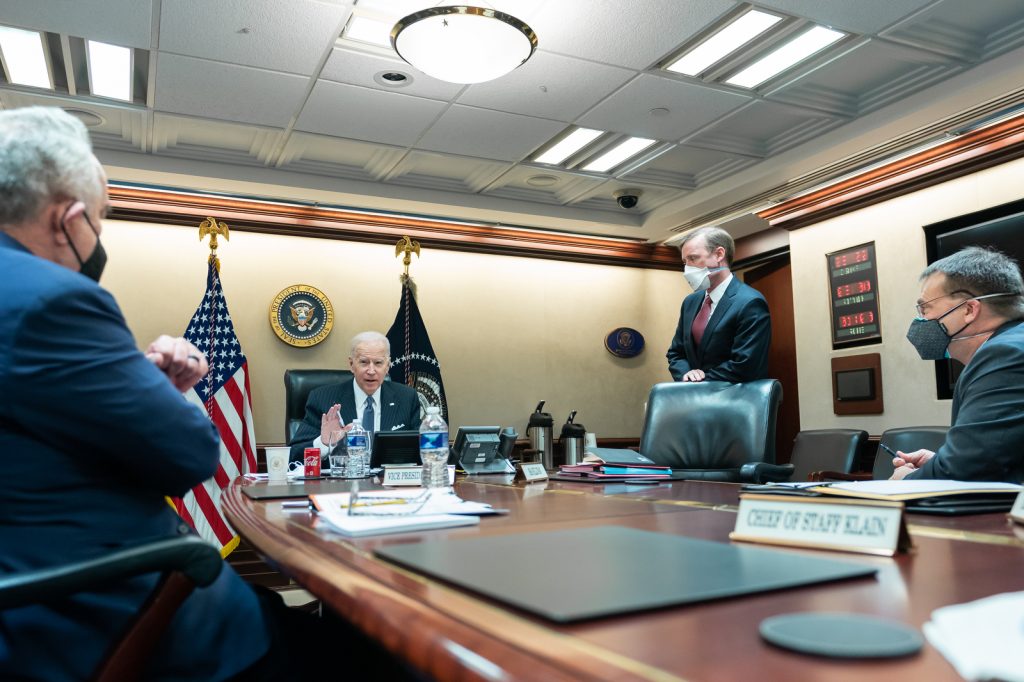 US President Joe Biden took office in January with a deep bench of talent ready to get to work. Yet despite that apparent head start on staffing a new government, his administration has struggled to nominate—let alone confirm—critical foreign-policy and national-security roles.

Now those struggles are a national-security threat for the United States.

Quick out of the gate in filling non-confirmable positions and nominations, the Biden team has fallen far behind recent presidents in hiring for critical positions. Of nearly eight hundred appointments tracked by the Partnership for Public Service as of early August, only 115 have been confirmed by the Senate. Meanwhile, the administration has yet to even nominate personnel for at least 245 appointed positions. These include senior officials and ambassadors at the State Department as well as top national security officials at the Treasury Department.

This is not just about bureaucracy. The lack of people in these senior roles undermines government readiness on emerging threats and impedes progress on important issues—ones that may not dominate front pages on a daily basis. Stunningly, an administration that was so well-organized and staffed as a campaign has been more dysfunctional in its nominations and confirmations than the Trump administration, which came into office with hardly any plans on how to fill out a government (and suffered for it).

While staffing shortages have undermined the Biden administration’s ability to address key challenges across numerous spheres, national security is perhaps the most consequential. The administration’s inaction translates into real problems.

For example, the United States has lagged behind the European Union (EU) in slapping sanctions on Belarusian strongman Alyaksandr Lukashenka—opting to wait until August 9, the one-year anniversary of his stolen election, rather than acting in concert with Brussels two months ago. Short-staffed offices at State and Treasury departments likely played a role in the delay, which may have boosted Lukashenka’s sense of impunity. In the past month alone, a Belarusian sprinter defected during the Olympics after an apparent kidnapping attempt in Tokyo, while a Belarusian opposition activist turned up dead in Kyiv amid mysterious circumstances.

Further to the east, the Biden team has seemed content to park the myriad problems posed by Russian President Vladimir Putin, perhaps believing escalation with Russia might distract from more important issues. Yet Putin has a tendency to not let the White House wait until it’s ready to deal with him. The Biden administration needs options to constrain an aggressive Putin, even if it prefers not to act on them. For this, it needs senior officials at State and Treasury to vet those options and prime the administration to act swiftly when necessary.

Meanwhile, the Treasury Department’s Financial Crimes Enforcement Network (FinCEN) still lacks the sixty million dollars it needs, and Congress recommended, to create a centralized database for beneficial ownership data of all corporations in the United States, along with the many other reforms of the landmark Anti-Money Laundering Act of 2020. Launching the database is arguably the law’s most critical task, and the lack of such features has long been a black mark on the US financial system. Not coincidentally, the Treasury Department is missing key personnel: FinCEN has been led by two acting directors in a row, while two key senior positions—the Under Secretary for Terrorism and Financial Intelligence (to which FinCEN reports) and the Assistant Secretary for Terrorism Finance and Financial Crimes—have yet to receive Senate confirmation votes.

This is likely why the Biden administration has been slow to figure out a funding mechanism for this incredibly important challenge. The result of inaction will be continued opacity and the vulnerability of the US financial system to a wide range of malicious actors—a fight that had been pegged as a major focus of the Biden presidency.

Lastly, the State Department still lacks an Assistant Secretary for Europe and was missing a senior energy envoy until this week. These are the very people who should have led negotiations over the challenges posed by the deeply controversial Nord Stream 2 pipeline. Negotiating the project, especially with German companies in the crosshairs of congressionally mandated sanctions, was always going to be a delicate diplomatic endeavor. The resulting compromise Washington reached with Berlin last month drew bipartisan complaints that the United States got too few guarantees from Germany and left Ukraine and Poland even more vulnerable to exploitation by Russia.

What’s behind the backlog

Several factors are to blame for the slow going in tapping nominees.

For one, Sen. Ted Cruz (R-TX) has blocked State Department nominations—while Republicans on the Senate Banking Committee are holding back the Treasury Department roles—over the Nord Stream fiasco. The Senate ought to consider reworking its rules if one, or a small handful, of its members can thwart the advice and consent of its full body. But the Biden administration’s problems reach beyond the upper chamber of Congress.

The White House Office of Presidential Personnel, which manages vetting and appointments, has also struggled to nominate candidates for critical posts, despite the abundance of talent waiting to serve. And when it has, infighting among Democrats has plagued the process: Heidi Crebo-Rediker, a respected economist with substantial government service, recently saw her nomination for Under Secretary for International Affairs at the Treasury Department inexplicably withdrawn, reportedly thanks to progressive Democrats. A hugely experienced administration such as Biden’s should not be making such errors.

A former grad school professor of mine, who served as a senior national security official under President George W. Bush, used to say the White House can really only focus on one-and-a-half big things at once. The Biden team has been sensibly focused on the global COVID-19 response, domestic infrastructure spending, major cyber-attacks, and attempts to revive the Iran nuclear deal. Still, these are not the only problems that beset the United States and its allies. National security challenges never work on a set schedule, and the disjointed responses to the challenges that have emerged this year are a result of not having the right people in place.

Looking ahead, an under-staffed administration will threaten Biden’s effectiveness in responding to a rapidly shifting world. His administration and Congress must work together to tackle this national security vulnerability.

Brian O’Toole is a nonresident senior fellow at the GeoEconomics Center and a former senior US Treasury Department official.

The new US sanctions on Belarus: Strong, but not enough

A reasonable set of targets, the sanctions are welcome news for the Belarusian opposition. But are they powerful enough to rattle President Lukashenka?

The rebirth of the State Department’s Office of Sanctions Coordination: Guidelines for success

While sanctions are increasingly a tool of first resort in US foreign policy, the State Department has lacked a disciplined process for coordinating sanctions policy. But the new Office of Sanctions Coordination is an opportunity to fix this problem.