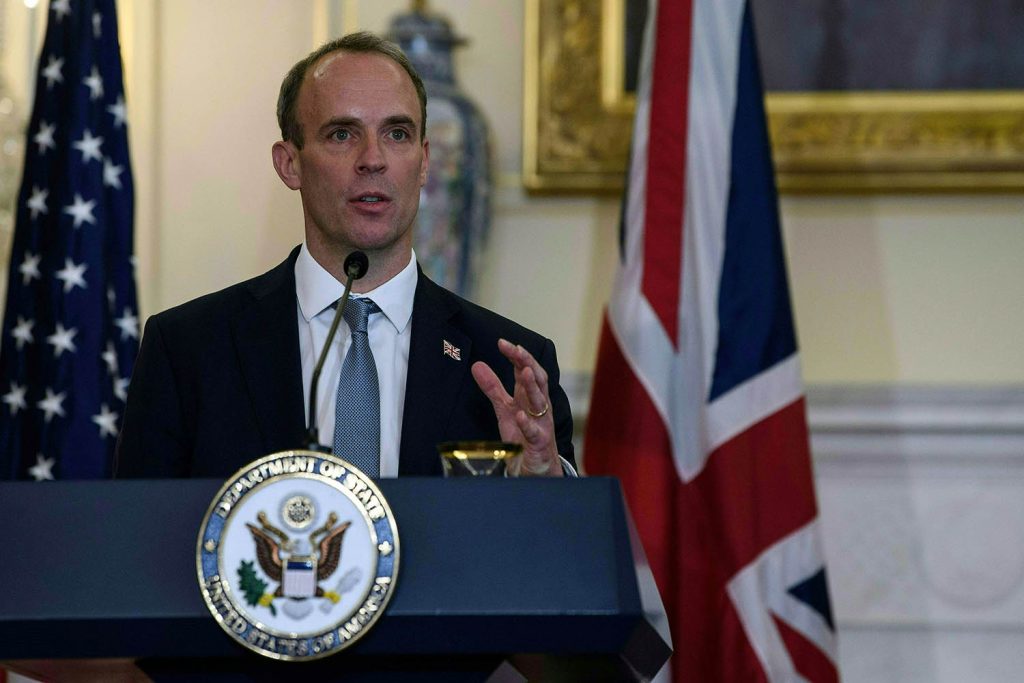 Speaking at an Atlantic Council Front Page event on September 17, at the end of a trip to the United States, Raab downplayed concerns about new UK legislation that European Union officials believe could violate the Withdrawal Agreement and the Good Friday Agreement by restricting the open border between the Republic of Ireland and Northern Ireland. Raab maintained that the UK government has “committed to all the things we said we would do in the Withdrawal Agreement,” and reported that his discussions with US officials and lawmakers in Washington gave him the opportunity to clarify the UK’s view, especially as the possibility of a UK-US free-trade deal beckons.

Moving beyond the current concerns about how Britain will finalize its exit from the European Union, Raab stressed that while the UK will remain in close partnership with its traditional US and European allies, Brexit will allow the UK to play a larger role globally, engaging with partners in the Pacific and championing concepts like free trade and human rights.

Here’s a brief look at what Raab said about the post-Brexit future, a US-UK trade deal, and other top international issues:

A US trade deal before November?

A post-Brexit identity for the UK

Pressure needed on Russia and Belarus

Shifting dynamics in the Middle East

The Biden team grasps the significance of the moment. They began by dissecting how much the context had changed since former President Barack Obama left office. Global democracies were on their back foot and China was not only rising but growing more assertive and authoritarian. Transnational threats had escalated, from climate to organized crime, but the rules and institutions to deal with them had weakened.