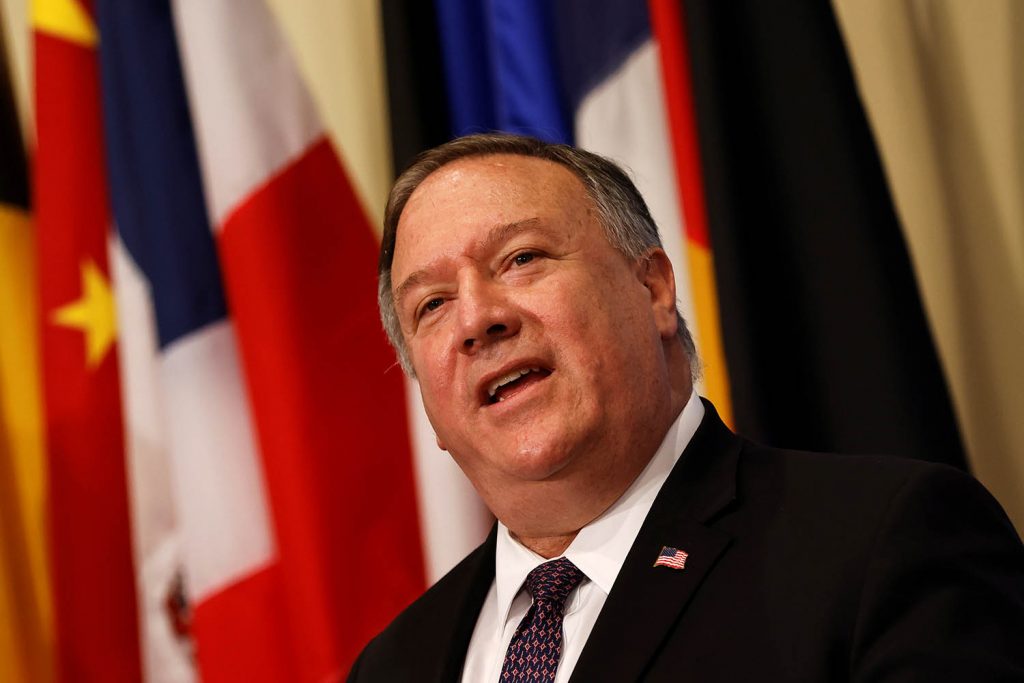 Pompeo, who spoke at an Atlantic Council Front Page event on September 15, has made building international support for pushing back against China’s state-owned capitalist model and regional aggression a focal point of his more than two years as secretary of state. The United States remains concerned about China’s use of lucrative investment deals and advanced technology to gain leverage over other countries and backdoors into critical national-security and intellectual-property information. But “nations [have] come to understand that when the Chinese show up and say that it’s free, nothing could be further from the truth,” Pompeo argued.

Here’s a rundown of what Pompeo said about the evolving Chinese threat, US diplomatic efforts in the Middle East, and the status of the administration’s other foreign-policy priorities:

The world has awakened to China

US is ready to meet the China challenge

“Recognizing the reality” in the Middle East

The state of diplomatic pushes in Afghanistan, North Korea, and Europe

A global strategy for China

Over the past two years, the Scowcroft Center for Strategy and Security has hosted a series of strategy consortium meetings with small groups of experts and officials to discuss a comprehensive US and allied strategy for China. This paper provides a brief preview of an Atlantic Council Strategy Paper to be released this fall. Strategic […]

US National Security Advisor Robert C. O’Brien said the United States must be prepared to push back against Chinese aggression militarily, diplomatically, and economically, asserting that China continues to threaten its neighbors and attack US interests.

Capitalizing on transatlantic concerns about China

Beijing is pursuing a China-centric strategy aggressively and in a fashion that is causing significant collateral damage to nations around the globe. Thus far, the transatlantic partners have no comparable strategy to counter these challenges. A new transatlantic approach is needed.

Image: US Secretary of State Mike Pompeo speaks to reporters following a meeting with members of the U.N. Security Council about Iran's alleged non-compliance with a nuclear deal and calling for the restoration of sanctions against Iran at U.N. headquarters in New York, U.S., August 20, 2020. REUTERS/Mike Segar/Pool