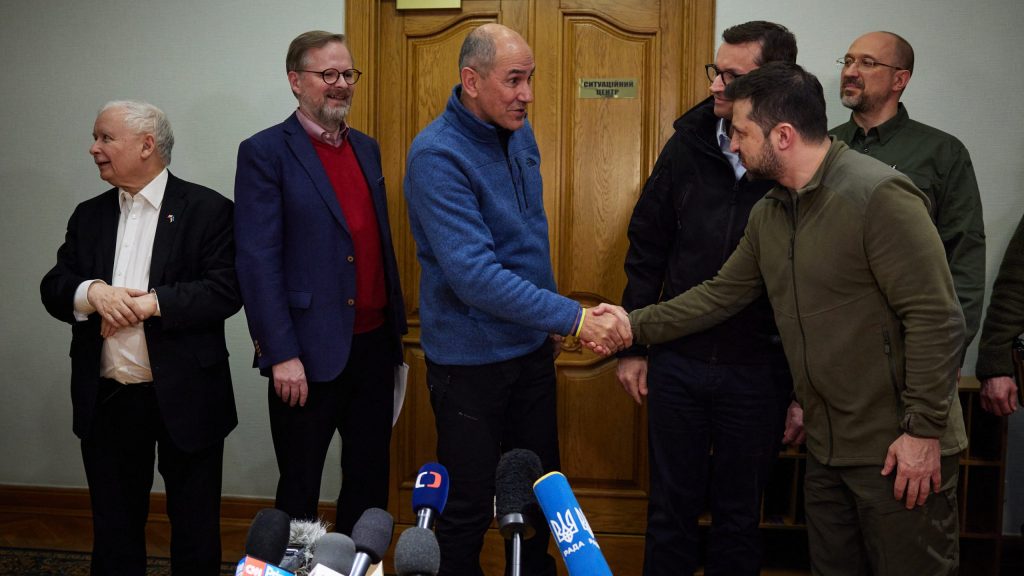 As the West scrambles to maintain its united front against Russia’s invasion of Ukraine, the European Union (EU) member states of Central and Eastern Europe have led the way as some of the continent’s loudest moral voices, sending arms and humanitarian aid to Ukraine while receiving streams of refugees.

But while neighboring Poland has perhaps been most visible—hosting both US President Joe Biden and Vice President Kamala Harris in recent weeks while absorbing more than two million refugees—geography isn’t the only factor that determines who is a frontline state.

Take the Czech Republic, for example: Though nestled in the heart of Europe and away from the EU’s eastern border, its new government—together with the three Baltic countries, Poland, and the United Kingdom—spearheaded weapons delivery for Ukrainians when most EU member states were still hesitating. It is also now home to around 200,000 Ukrainian refugees.

So when Prime Minister Petr Fiala—along with his Polish and Slovenian counterparts, Mateusz Morawiecki and Janez Janša, respectively—traveled to Kyiv earlier this month to visit Ukrainian President Volodymyr Zelenskyy, it wasn’t just a powerful symbolic gesture. It was also a reflection of the region’s growing clout as a bridge between Brussels and Kyiv.

I spoke to Tomáš Pojar, Fiala’s chief foreign-affairs adviser, who accompanied the delegation to Kyiv. Below are six major takeaways I distilled from our conversation—which can be also read as a guideline for Europe’s next steps for engagement toward Ukraine.

Is the East the new West?

As Ivan Kravstev and Stephen Holmes noted in their 2019 book The Light that Failed, Eastern Europe had been mostly imitating the West since 1989. In the post-Cold War period, the chief aim in the East was to become—politically, economically, and socially—the new West. It was a mostly one-way stream of influence.

But now that’s partly changing. The countries of Central and Eastern Europe are becoming more relevant and inspiring, as their once-hardline stance on Russia is becoming increasingly mainstream.

Consider—in parallel to the Czech takeaways from Kyiv—Morawiecki’s recently published ten-point plan to “save” Ukraine. He focuses mainly on restrictive measures against Russia and proposes concrete steps that can be implemented almost immediately. They include, among other options, cutting off all Russian banks from SWIFT, blocking Russian ships from EU ports, suspending visas for all Russians, and a total ban on the export of technologies that can be used for war.

His suggestions emerged from the three prime ministers’ talks with Zelenskyy in Kyiv and were discussed with the Czechs and Slovenians (who did not sign under Morawiecki’s plan but support it). While many of the measures are not yet acceptable for certain EU member states, mainly because of the negative impacts on their own economies and interests, the discussion is now possible. Indeed, some of these points were already considered during last week’s European Council meeting in Brussels.

This wouldn’t have been feasible even a few months ago—when such proposals would have been deemed too radical.

Zelenskyy’s bravery and commitment is reshaping European politics and providing an opportunity for the EU’s eastern members to prove their political and diplomatic mettle. And they are seizing it: By traveling to a war zone, they indicated that European policy should be reinvented through one key word: courage. They’ve proven to their European counterparts that European politicians can—and must—be present in Ukraine right now.

And when it comes to ways forward in this crisis, their ideas will matter more than ever before.

“Europe must understand that if it loses Ukraine, it will never be the same again,” Morawiecki wrote on Twitter after his visit to Kyiv. “It will no longer be Europe. Rather it will be a defeated, humiliated, and pathetic version of its former self.”

Petr Tůma is a visiting fellow at the Atlantic Council’s Europe Center and a Czech career diplomat with expertise on Europe, the Middle East, and transatlantic relations. 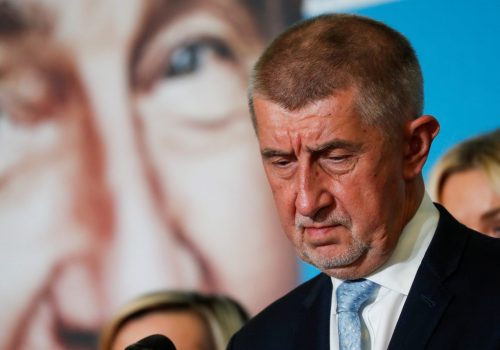 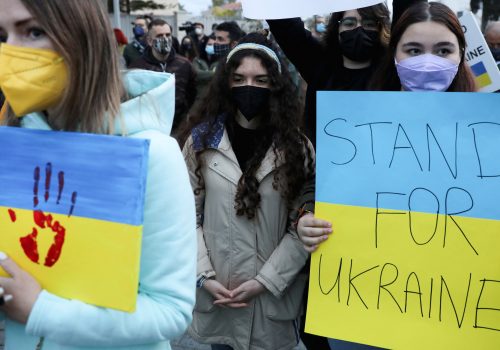 A new crowdsourcing initiative aims to make the most of the Czech Republic's extensive stocks of Soviet-era weapons in order to bolster Ukraine's ability to defend itself against Vladimir Putin's Russian invasion. 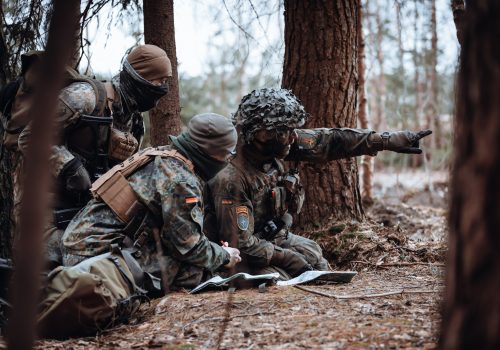