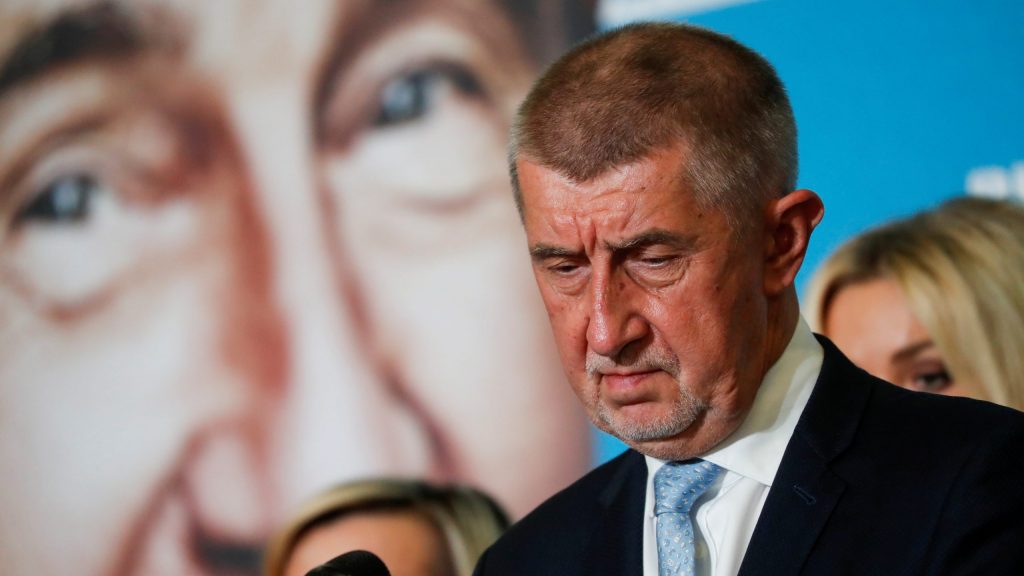 Before last weekend’s Czech parliamentary elections, some observers expressed fear that, politically, Prague would drift further toward illiberal up-and-comers Budapest and Warsaw. Billionaire populist Czech Prime Minister Andrej Babiš didn’t help when he invited his Hungarian counterpart, Viktor Orbán, to Prague in the final stretch of the campaign after praising his controversial policies.

But those (partly exaggerated) fears were suspended—at least temporarily—after the center-right Together (SPOLU) coalition, comprised of the liberal-conservative Civic Democrats (ODS) and TOP 09, as well as the Christian Democrats (KDU-ČSL), narrowly edged out Babiš’s ANO party 27.8 percent to 27.1 percent. Third place went to another opposition bloc, PirSTAN (combining the liberal-progressive Pirate and centrist Mayors and Independents parties), which received 15.6 percent. The far-right Freedom and Direct Democracy party (SPD) squeezed into parliament with 9.6 percent.

Babiš’s problem isn’t his own results. In fact, they were pretty outstanding considering the scandals he’s faced, from his alleged misuse of European funds to the country’s raging COVID-19 infection and death rates. Just days ahead of the elections, a Pandora Papers investigation revealed that Babiš used an offshore scheme to buy sumptuous properties in the French Riviera. Babiš’s Achilles’ heel was the poor results of his potential coalition partners—mainly the Social Democrats and a new anti-corruption populist movement called Přísaha (Oath). Both narrowly failed to cross the threshold for getting into parliament.

Under normal circumstances, the results should mean a pretty straightforward path to a populist-free government for the first time in eight years, since SPOLU and PirSTAN together wield a comfortable majority of 108 seats out of 200.

But these are not normal circumstances. For one, President Miloš Zeman has signaled that he’d use all his constitutional authority to keep Babiš in the prime minister’s office, stating that he’ll offer the first shot at forming a government to the leader of the winning party. That’s Babiš, since SPOLU is technically a coalition, though it’s unlikely that parliament would endorse his government unless he manages to split the opposition (which is also unlikely). Zeman could allow Babiš two attempts to form a government in a process that would drag for several months before a third attempt, administered by the speaker of parliament’s lower house, would probably lead to an opposition government.

A fresh twist to government talks occurred on Sunday, when Zeman, whose health has deteriorated in recent months, was hospitalized. It’s unclear how long he’ll remain unable to perform his duties; under the Czech constitution, his right to appoint the prime minster would pass to the speaker if the president is incapacitated.

Are the times really changing?

Whatever happens with the configuration of the new government, we already have a clear picture of the upcoming parliament: It will be European-style liberal, meaning pro-free market, cautiously pro-European, rather socially conservative, and more transatlantic (pro-United States). With centrists and the conservative right enjoying a clear upper hand, the future of Babiš’s ANO party is an open question (especially if he’s unwilling to become the opposition leader).

Traditional left-wing parties are in deep crisis, as ANO, populists, and the far-right ate away at their electorate. For the first time since the Velvet Revolution of 1989, the Social Democrats (ČSSD) and Communists (KSČM) didn’t make it into parliament. This will have an impact on Czech political culture: Communists often acted as Russian and Chinese proxies, and people perceive their downfall as the clear end of the post-1989 political order. While the center-left ČSSD are paying the price for having supported Babiš, it’s important for the health of the Czech political system that its oldest political party return to parliament—hopefully regenerated and free of its post-communist fetters.

The post-election mood, especially in more liberal areas, was one of jubilation. People celebrated the prospects of possible political renewal, a return to a more Western-looking political culture. The opposition scored a major victory by uniting, potentially lending inspiration and hope to other democratic forces across Central Europe—especially Hungary and Poland, which head to the polls in 2022 and 2023, respectively. Last weekend’s elections may even be seen as a continuation of a trend started by the 2019 election of liberal-minded Zuzana Čaputová as Slovakia’s president.

The resilience of the Czech liberals should end the frequent (and often patronizing) analysis from some in Western Europe and the United States that autocracy and nationalism are Central Europe’s inevitable or even natural political conditions. The day after the Czech elections, Poland’s liberal opposition organized nationwide demonstrations in support of continued Polish membership in the European Union (EU) amid the government’s spat with Brussels over the independence of the Polish judiciary and the power of EU legal norms in Poland. And just as in Czechia, media accounts of ruling party corruption in Hungary and Poland, as well as the sudden resignation of right-wing populist Austrian Chancellor Sebastian Kurz, may boost opposition parties there.

That said, the Czech opposition’s victory is far from an overwhelming triumph. Nearly half the votes went to the far-right, far-left, and Babiš’s ANO. Babiš’s potential coalition partners were each only about fifteen thousand votes short of entering the parliament, which would have completely changed the post-election arithmetic. Also, such a victory for the opposition may not have happened if it hadn’t been for the COVID-19 pandemic, since the Babiš government’s dismal handling of that crisis certainly cost him votes.

Meanwhile, ruling parties in Hungary or Poland may take lessons from the fact that populists in Czechia—which is more urbanized and secular, and thus theoretically less prone to populism—lost because they competed against each other.

Nuances in the neighborhood

The new Czech government may start to build a foreign policy brand similar—though softer and with different accents—to Lithuania’s, rooted in democratic solidarity and principles.

Some are wondering whether these elections may lead to the end in its current form of the Visegrád Group (V4) alliance of Czechia, Hungary, Poland, and Slovakia. An opposition government will likely show more restraint toward Orbán and Polish ruling party leader Jaroslaw Kaczyński, meaning that Budapest and Warsaw will lose an important (though only occasional) ally for their quarrels with the EU. Babiš’s conflict of interest, in which his agricultural businesses took EU funding, stained Prague’s relations with Brussels and thus suited Hungary and Poland, but this will be now over. Still, limited V4 cooperation on an ad-hoc basis should continue wherever it make sense. Conservatives from ODS maintain good working relations with Poland’s ruling party and will also oppose efforts to ostracize Orbán.

As far as wider Europe is concerned, the conservative ODS is known to be Euroskeptic—but its leader and the possible future prime minister, Petr Fiala, is a liberal who won’t pursue an anti-European agenda. It’s also unlikely that ODS would get foreign ministry or ministry for European affairs posts, which usually go to weaker coalition partners (in this case the strongly pro-European Christian Democrats, Mayors, or TOP 09). A center-right government in Prague may oppose some of Brussels’ energy and climate policies (arguing that the European Green Deal would hamper prosperity), but should otherwise set relations on better terms, especially given the upcoming Czech presidency of the EU Council next year.

Washington, meanwhile, can expect a much more proactive partner than during the past eight years, since some of the coalition parties will push for defense spending to reach closer to the NATO members’ commitment of 2 percent of gross domestic product by 2024. Prague will also be tougher on both Moscow and Beijing—making up for the time lost when the government was often pressured by Zeman to ignore Russian and Chinese malign behavior in the region.

For example, Czechia could leave the Chinese-led 16+1 format in Central and Eastern Europe, taking along with it Estonia and Slovakia. It may also seek a different (and less cozy) modus vivendi for bilateral relations with Russia after Czechs discovered that Kremlin spies were behind the deadly 2014 explosions in Vrbětice.

Worldwide, Prague could become more vocal in defending human rights and democracy, pushing against authoritarian regimes and thus reconnecting to the legacy of Václav Havel, the first president of a free Czechoslovakia in 1989. One of the coalition parties, the Pirates, even proposed a Czech version of the United States’ Global Magnitsky Act, which authorizes sanctions for human-rights violations. Still, Czech engagement will very much depend on coalition talks and on the party that will be given the foreign ministry post.

All this remains speculation until a new government is formed. But the shape of the emerging coalition and its history suggest a reboot of Czech center-right liberalism in domestic and especially foreign affairs. If it occurs, like-minded political forces in the region are likely to take heart.

Petr Tůma is a visiting fellow at the Atlantic Council’s Europe Center and a Czech career diplomat with an expertise on Europe, the Middle East, and transatlantic relations.

After Czech officials exposed Russia’s involvement in the 2014 explosions at the Vrbětice arms depot, diplomatic tensions have spiked. A Czech diplomat previews what’s coming next.