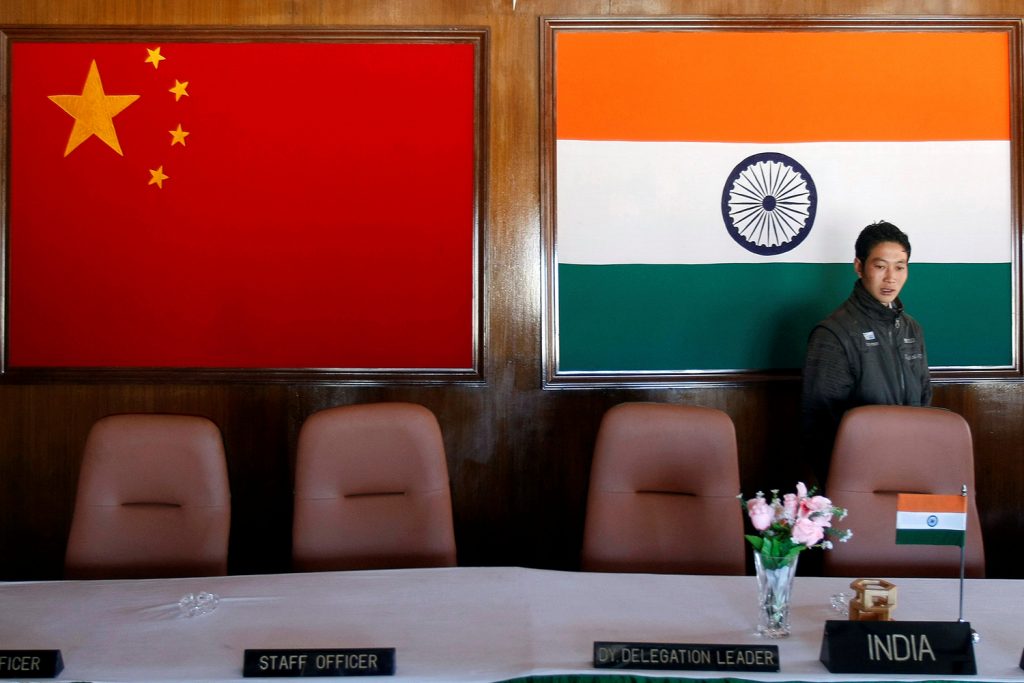 On June 15, India and China faced off in a clash along the Line of Actual Control (LAC or the de-facto border in the Ladakh region), resulting in the death of at least twenty Indians and an unknown number of casualties on the Chinese side. This has been the first set of fatalities along the Sino-Indian border since the 1975 Tulung La ambush in present-day Arunachal Pradesh, the easternmost state of India, when four Indian soldiers died. While shots were apparently not fired in this recent exchange, the hand-to-hand combat was deadly. What triggered the worst clash in forty-five years? And how will India respond?

The situation on the ground

India and China share a border that is over 2,500 miles long with large sections that have remained contested. Border clashes over this disputed boundary have occurred for over seventy years, including the Sino-Indian war of 1962. The most recent dispute started in April when India realized that Chinese soldiers had encroached on India’s side of the border. The incursions occurred in three places in the region of Ladakh and one in the state of Sikkim. The Chinese troops had dug trenches, set up tents, and were patrolling land that India claims as its territory. The failure of Indian intelligence to recognize this violation has been compared to an incident in 1999 when India was caught off guard by Pakistani incursions into Kashmir, resulting in the Kargil war.

On June 6, a limited disengagement plan was agreed upon in a meeting between Indian and Chinese army commanders. Indian troops noticed, however, that the People’s Liberation Army (PLA) had set up a tent on Indian territory in violation of the June 6 agreement, which resulted in an altercation on June 14 and culminated in the violent face-off the following night. The Indian army recorded the highest number of combat deaths since the Kargil war.

It remains unclear why the Chinese were on the Indian side of the LAC or why China asserts that Indian troops crossed the LAC and provoked the attack in violation of de-escalation protocols. The remoteness of the terrain and its high altitude has also made non-military or non-government assessment of the situation difficult.

The Indian government had not explicitly made any official statements about Chinese troops on Indian territory over the past month despite calls from members of the opposition and public intellectuals for greater transparency. The Bharatiya Janata Party (BJP) had no qualms in using the Indian security forces’ loss of life in the Pulwama terrorist attack and the retaliatory air strike in Pakistan as a part of its campaign platform for the 2019 general elections. However, it took the government over twenty-four hours after the violent clashes on June 15 to issue an official statement acknowledging the death of Indian soldiers. In fact, the first statement from a member of the government came in the form of a tweet in the afternoon on June 17. The Minister of Defence, Rajnath Singh, praised the bravery of the soldiers killed in action and expressed his condolences for their families. He did not mention China or the circumstances of the soldiers’ deaths.

Prime Minister Narendra Modi addressed the situation for the first time in his address to chief ministers across India on June 17. He asserted that India would not compromise on its borders and sovereign integrity. It took the loss of lives in a border clash for him to openly discuss the situation at the LAC.

What to expect from India

What are India’s options? The first step has been to put the entire Indian military on high alert, which includes its army, navy, and air force.

PM Modi explicitly stated that while India desires peace, it is capable of giving a “befitting reply.” An ex-Army Chief publicly stated that India should be prepared for a limited territorial conflict that need not amount to a full scale war. The current BJP-led government has built its reputation on an “eye for an eye” mantra. The surgical attack last year on Balakot in Pakistan in response to a terrorist attack in Pulwama, Kashmir, exemplifies the BJP government’s belief in responding with the use of force. BJP’s electoral victory in the 2019 general elections following this incident shows that their strategy paid off. If not rewarded with more votes, the BJP was, at the very least, not punished for its military response.

While the Indian government faced no international or domestic repercussions for its aggressive military posture vis-à-vis Pakistan—a much weaker state—the same may not be true for China. Considerable asymmetry in military and economic power exists between India and China. How can the Indian government save face as well as ensure it does not embroil India in a conflict with China that will hurt an already failing economy that the COVID-19 pandemic has exacerbated?

The Indian government has been careful to ensure that it does not lose face and has constructed a narrative of coming from a position of strength. Modi emphasized that, “The country will be proud to know that they [the soldiers] died after they killed their adversaries.” Reassuring the public that India did not suffer more casualties than the Chinese is important for public support for de-escalation. Indian media has reported estimates of over forty Chinese fatalities and injuries. These numbers will in all likelihood remain unverified, however, since China does not release casualty numbers quickly, with the exception of its troops on peacekeeping missions.

The ambiguity about Chinese casualties may prove to be useful for de-escalation on both sides. India can claim its soldiers bravely fought back while China can remain silent about potentially revealing more loss of life than anticipated. However, while violent escalation may be preventable, capturing small pieces of “disputed” territory is the defining norm of 21st century. Sino-Indian jostling over contested territory is not new and seems to be here to stay.

Shubha Kamala Prasad (@Shubha186) is a Ph.D. candidate in the Department of Government at Georgetown University and an incoming Max Weber Fellow at the European University Institute.

While Prime Minister Narendra Modi’s “self-reliance” push could be interpreted as inward-looking or protectionist, the emphasis on linking India up with global value chains suggests a different approach.

India and Nepal’s “special relationship,” clearly leaves Nepal at the short end of the stick. New Delhi must consult more with Kathmandu and reassure its smaller sibling that policies meant to increase ties between both neighbors—such as the building of the link road—are beneficial to citizens of both countries, rather than come at the expense of the Nepalese.

Image: A man walks inside a conference room used for meetings between military commanders of China and India, at the Indian side of the Indo-China border at Bumla, in the northeastern Indian state of Arunachal Pradesh, November 11, 2009. REUTERS/Adnan Abidi/File Photo