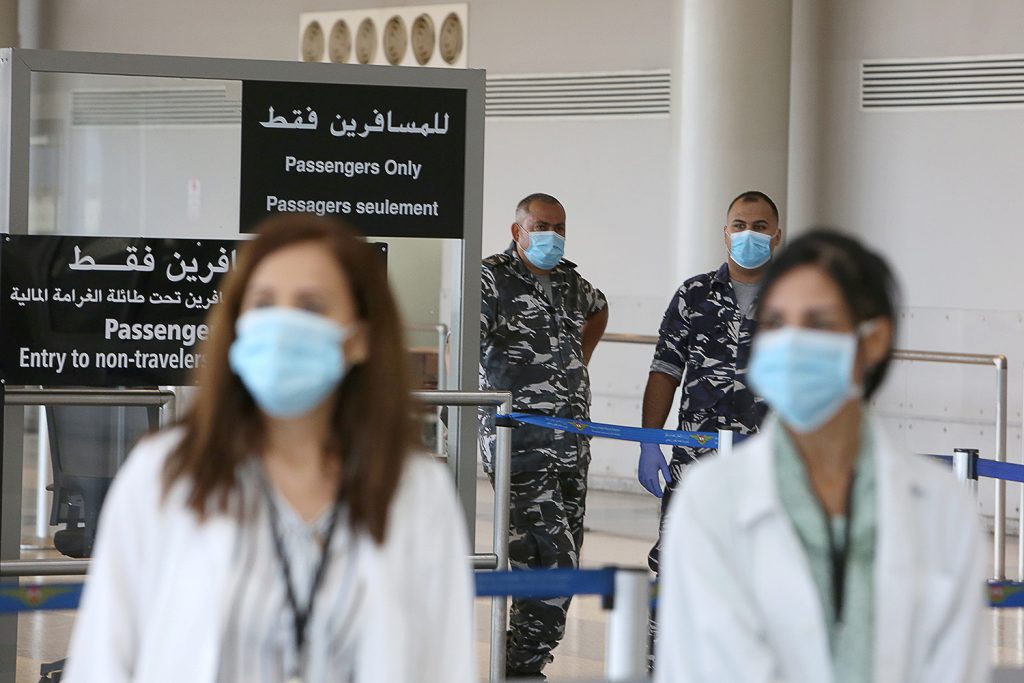 The coronavirus pandemic is causing widespread suffering throughout the Middle East, but its long-term impact on the region’s economy and its vulnerable populations will be felt for years to come.

On July 13, the Atlantic Council’s Rafik Hariri Center for the Middle East hosted an online event to analyze the pandemic’s repercussions on the Middle East. It coincided with the release of a new projection by the International Monetary Fund (IMF) that the region’s economy would shrink by 5.7 percent this year due to COVID-19. In March, the IMF had forecast only a 3.3 percent drop in gross domestic product (GDP).

“COVID-19 came to the region on top of pre-existing conditions,” said Dr. Ali Mokdad, director of Middle Eastern initiatives and professor of global health at the University of Washington in Seattle. “We have a large vulnerable population, due to war and unrest. [As a result, we have] refugees and we have low socioeconomic factors in many countries [such as] malnutrition [and] poor sanitation.”

In March, he said, virtually all governments across the region shut down and asked their citizens to stay at home. But as they open up, he said, “people are letting down their guard, not wearing masks and not staying away from each other.”

“These projections are scary in many ways, but what I want people to know is we can prevent that mortality if everybody wears a mask. If 95 percent of people wear masks in the region, then these mortality risks will go down,” said Mokdad, who began his career at the US Centers for Disease Control and Prevention. “We have to be ready for another lockdown and prepare the public for that scenario to be ready to store two weeks of necessities at home. If we have to lock down, we can do it effectively.”

The proof, said Mokdad, is in the positive results of countries like Jordan, which did “extremely well” in containing the virus. Jordan, a resource-poor country with a population of 10.2 million, has only 1,183 reported infections and just ten deaths. Lebanon, by comparison, has 6.8 million inhabitants but 2,419 COVID-19 infections and thirty-six deaths.

“Countries that did much better are those that locked down early, really enforced the lockdown and made sure the public understood the danger of going outside,” Mokdad said. “The problem with Lebanon is that people were coming back [from overseas] infected, and they [didn’t] adhere to the isolation procedures.”

Screening for COVID-19 costs $10 to $20 per test, he said. But a very poor country like Egypt—which has 82,070 confirmed infections and 3,858 deaths—simply cannot afford to conduct the necessary 10,000 tests a day for the next six months.

“COVID-19 has taught everybody a lesson: unless you take care of these vulnerable populations, which happen to be your essential workers that have to go out in order to keep your economy going, they’re going to get infected and spread the virus back to you. So we have to address social inequity in the region,” Mokdad said. “One sure recipe for advancement is education—especially education of females. A more educated woman is more likely to understand the signs of danger for her and her family, and more likely to seek medical care.”

Yet women and girls are suddenly more vulnerable than ever before, warned Dr. Lina AbiRafeh, executive director of the Beirut-based Arab Institute for Women.

“Fundamental sexual and reproductive rights were already compromised” and have now “completely sidelined” by the pandemic, said AbiRafeh, whose institute is based at Lebanese-American University.

She said the pandemic has enabled human traffickers who “prey on insecurities”—making it far easier now to exploit women and girls, or trade food for sex.

Citing a new report by the United Nations Population Fund, AbiRafeh said COVID-19 could lead to an additional 13 million cases of child marriage and two million cases of female genetic mutilation (FGM) throughout the world.

“This is affecting women in profound and dangerous ways, because they have to struggle for their own survival,” she warned, adding that in the past, “we brushed all these problems under the table. The difference now is that because it is a global problem, we can no longer say it happens to other women and not to us.”

She added that Arab women in particular now face a greater risk of domestic violence and sexual abuse at home, “because those who are already living in situations of violence will have nowhere to go.”

“At a time of global crisis, women cannot even be safe in their own homes. I don’t think we know how to resolve this,” she said. “Whatever scant resources we had pre-COVID have been redirected to the COVID response. We have next to nothing to work with.”

This is partly due to wrongheaded policies pursued for years by the region’s own governments, said Dr. Adel Abdellatif, deputy regional director of the United Nations Development Program’s Regional Bureau for Arab States.

Among other things, Abdellatif criticized rising defense budgets throughout the Middle East at the expense of critical investments in hospitals, clinics, laboratories, and other medical infrastructure.

“If Arab countries would have spent less on arms and more on public health, we would have been much better prepared for this,” he said. “Health for everybody is not a luxury. It’s a must—particularly for poor people living in very congested neighborhoods without access to water or public services. We would like to view this as an opportunity to come out with a more resilient society, a more inclusive society and also a more human society.”

Even once Arab countries emerge from their lockdowns, “it doesn’t mean we’re coming back to normal,” Abdellatif warned. Remittances, tourism, and foreign direct investment have all suffered deeply, along with humanitarian aid.

“Oil-producing countries in the Gulf are very much affected because of the decline in prices and demand. All the lifelines on managing the humanitarian situation in Yemen, Syria and Sudan are cut. It’s the same thing in Libya. And the situation in Lebanon is going down the drain very fast,” he warned, citing the Lebanese pound’s recent loss of 80 to 90 percent of its former purchasing power.

Of particular concern are the three Arab countries currently torn apart by civil war. At the moment, 5.9 million people are malnourished in Syria, 6.5 million in Sudan, and around 20 million in Yemen, Abdellatif said.

“During this time, we are ignoring many other things like vaccinations for kids,” said Abdellatif. “We are losing lots of opportunities to improve health for young children in our region.”

As a result, he said, “our whole region is being left behind, and the pandemic will intensify this process of marginalization.”

After the coronavirus and low oil prices, Oman’s future is more global

With the onset of COVID-19 and an economic crisis that is bound to accelerate history, Oman’s commitment to steady progress and political neutrality will face new tests and leverage the country’s wider global relationships.

What lies ahead as Jordan faces the fallout of COVID-19

What makes Amman’s handling of the coronavirus pandemic unique lies less in the specific measures imposed, but more so in the swift and aggressive fashion by which they were carried out.

How much Iran’s 84 million people actually know about events inside their own country is debatable, given Tehran’s heavy-handed censorship and a global disinformation campaign that blames all crises, including COVID-19, on foreigners and perceived enemies of the regime.