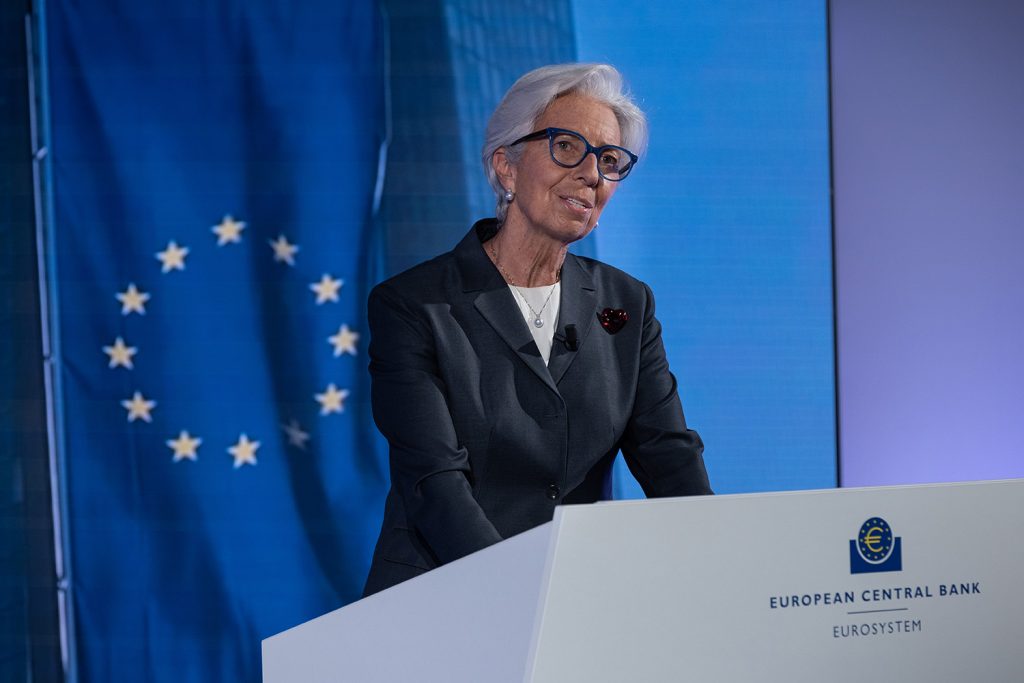 Although lockdowns are beginning to ease across Europe after a brutal second wave of coronavirus infections in October and November, governments need to prepare for a second economic hit, European Central Bank (ECB) President Christine Lagarde said on December 1.

“Clearly all the [Purchasing Managers’ Index] PMI numbers and the latest developments that we are seeing are showing that the economy is still suffering,” Lagarde explained. While positive news about vaccine development means “we are seeing the other side of the crisis,” she argued, “we have not crossed that crisis yet. We are still in the midst of it.”

Since businesses were forced to temporarily close and travel was halted to control the increase in infections of the last two months, policymakers need to ensure that “fiscal policy is going to be more potent and has to continue to be deployed in order to stimulate demand,” Lagarde said. The ECB is prepared to take needed action as well, she added. “We demonstrated that we were there to support the economy during the first wave of coronavirus. We will be there for the second wave which is underway.”

The ECB president spoke with Atlantic Council President and CEO Frederick Kempe to mark the launch of the Atlantic Council’s new GeoEconomics Center. Here’s a brief look at what she had to say on coronavirus stimulus, digital currency, and more:

Riding out the second wave

Lessons from crises present and past

Putting the “Geo” in “Geoeconomics”

Learn more about the Geoeconomics Center

The DCEP will certainly bolster the Renminbi’s international position, but the weaknesses in China’s financial markets will prevent the Chinese currency from dethroning the US dollar anytime soon.