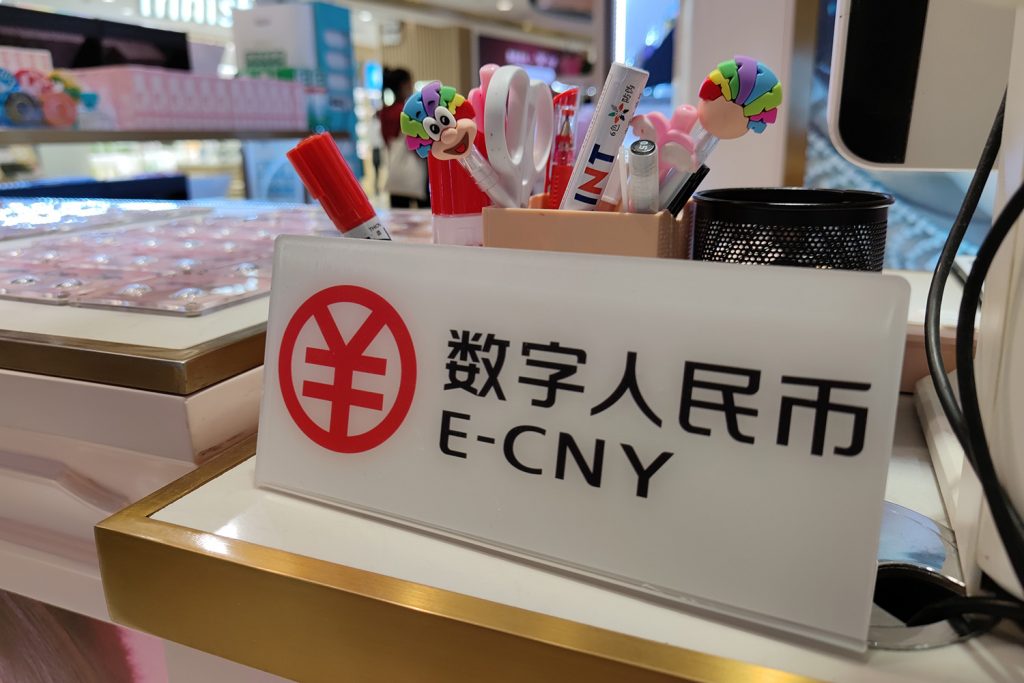 In the quest for a digital currency, China appears to be the first out of the gate. The People’s Bank of China (PBOC) has become the first major central bank to launch large scale trial runs of its digital currency, the Digital Currency/Electronic Payment (DCEP). Through the new DCEP, the PBOC hopes to improve the efficiency of its payment system, enhance its ability to monitor financial transactions in real time—which can help the government fight frauds, tax evasion, and money laundering—as well as promote financial inclusion. But while some have floated the possibility that the DCEP will strengthen the Renminbi (RMB or yuan) as an alternative to the US dollar in international payments, it will take some time before the RMB can seriously challenge the premier role of the US dollar. The DCEP will certainly bolster the Renminbi’s international position, but the weaknesses in China’s financial markets will prevent the Chinese currency from dethroning the US dollar anytime soon.

Using a two-tiered structure, the PBOC will issue DCEPs—equivalent to the physical yuan as legal tender—to commercial banks which will sell these to end-users after satisfying know-your-clients (KYC) requirements. DCEPs are stored in digital wallets approved by the PBOC and can be transmitted directly among wallets without going through intermediaries. DCEPs are reportedly interoperable with existing digital payment mechanisms such as Alipay and WeChat Pay (relying on QR codes), and can also be transmitted without Internet or telephone connections by putting two mobile phones close to each other, using near-field communication protocols.

With those features, DCEPs can certainly reduce the costs and improve the efficiency of cross-border payments using the RMB, which are largely processed through China’s Cross-border Interbank Payments System (CIPS). CIPS was launched in 2015 to facilitate onshore clearing of RMB international transactions, processing 137 billion yuan ($19.4 billion) a day, involving 1,023 participants in ninety-six countries—compared with $5-6 trillion per day worth of financial messaging through SWIFT (Society for Worldwide Interbank Financial Telecommunication). Many countries participating in China’s Belt and Road Initiative (BRI) and those under financial sanctions by the United States—such as Russia, Iran, and Venezuela—have increasingly settled their trade and investment transactions with China using the RMB. These countries will benefit from the new DCEPs and the RMB is already being used to settle 20 percent of China’s foreign trade. For China, DCEPs will help promote international use of the RMB in a controlled way, as the PBOC will determine who can participate in the DCEP network.

As attention turns to the Renminbi’s use beyond these countries, however, the question becomes how the broader international community weighs the relative merits of the RMB in cross-border payments compared with using the US dollar and other major currencies through SWIFT, which consists of about 11,000 financial institutions in 200 countries. A digital yuan can improve efficiency and reduce transaction costs, but this is not the only consideration. Many countries will have concerns about privacy (can one trust the Chinese authorities which can monitor every DCEP transaction?), the RMB’s lack of convertibility, and the relatively underdeveloped financial markets and regulatory framework in China.

On this last point, China has implemented measures to make it easier for international investors to invest in its domestic bond and stock markets—mainly through the Bond and Stock Connect programs which allow foreigners to buy/sell domestic securities without having to establish domestic brokerage accounts. Chinese RMB bonds are also set to be included in the FTSE Russell global bond index, having been parts of the JP Morgan and Bloomberg indexes. Consequently, international holdings of China’s domestic RMB bonds have risen to about 3 trillion yuan ($455 billion) at the end of October, from 2.18 trillion yuan ($327 billion) at end 2019.

In short, the DCEP will improve the efficiency of using the RMB in international payments, supporting its growing role as the Chinese economy soon becomes the biggest in the world. But given the lack of full currency convertibility and weaknesses in China’s financial markets, it will take some time before the RMB can be in a position to seriously challenge the US dollar—which accounts for about 40 percent of SWIFT transaction volumes versus the Renminbi’s 2 percent. In the “Long March” to get to that competitive position, the RMB must first overtake the yen (4 percent), pound sterling (7 percent) and the euro (37 percent) in shares of international payments, before it hopes the challenge the mighty dollar.

The RCEP’s main winner will be China, who has secured a dominant position in one of the world’s most dynamic economic regions, giving Beijing the opportunity to establish its preferred rules and standards, and providing a major advantage for its companies to exploit these valuable markets.

Image: An E-CNY payment sign is put up on a desk in a store in the Luohu District in Shenzhen city, south China's Guangdong province, 11 October 2020. The Shenzhen municipal government announced a giveaway of ten million renminbi ($1.5 million) in central bank digital currency (CBDC). (REUTERS)