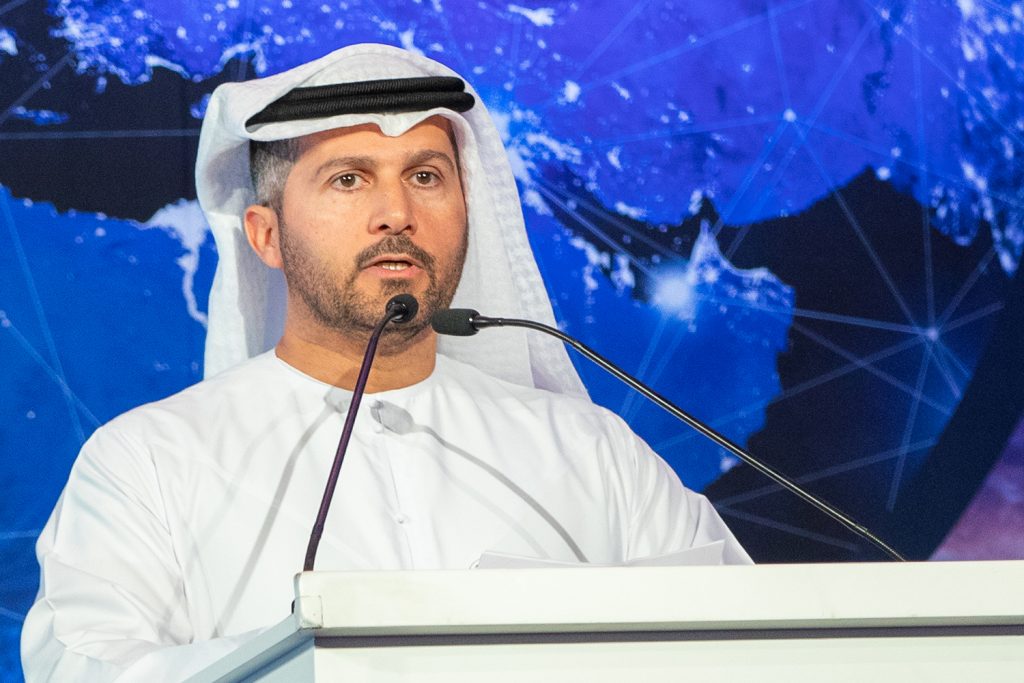 Construction of the Barakah nuclear energy plant in the United Arab Emirates—the first commercial nuclear power station in the Middle East—won’t be significantly affected by the COVID-19 pandemic, despite the economic upheaval it has unleashed upon the world.

That’s the word from Mohamed Al Hammadi, CEO of Emirates Nuclear Energy Corp. (ENEC), which is building the $24 billion complex at a sprawling coastal site in the desert west of Abu Dhabi.

Al Hammadi spoke on May 6 with Atlantic Council CEO Fred Kempe during an online “fireside chat” that focused on how coronavirus is upending global energy demand.

“COVID-19 is the deepest financial and economic shock that’s hit the world in the last 100 years,” he said. “From a business point of view, being in the driver’s seat of managing this enterprise, it created uncertainty. I’ve had many sleepless nights. It’s a multifaceted crisis.”

From the get-go, said Al Hammadi, senior management assessed the situation and made the safety of ENEC’s 600 or so workers its top priority.

“We stopped all non-essential work. We demobilized non-critical resources, locked down the site, and worked to keep people safe, and to keep COVID-19 out of Barakah,” he said. “Anybody who leaves Barakah is not allowed to come back. We meet every morning from 9 am to 10 am, making decisions on the spot to get things done. And the good news is, we don’t have a single positive case of coronavirus at the construction site.”

In addition, said Al Hammadi, “we’ve installed disinfection terminals and have recently begun treating wastewater to see if there’s any presence of coronavirus. We’re doing whatever we can to make sure our facilities are safe from this pandemic.”

The UAE already boasts the world’s highest per-capita testing rate for COVID-19, with only 157 deaths in a population of about 9.5 million. This has helped ENEC avoid costly delays.

“We are planning to go critical very soon—in a month or so—and we’re targeting to get the units operational before year’s end. I don’t see any supply-chain challenges so far,” Al Hammadi said. “When you build four units, you have three redundancies, so if we need to, we have three other units we can cannibalize.”

Al Hammadi has headed ENEC for the past ten years. Construction of the first unit at Barakah, which will have a total capacity of 5,600 MW, began in July 2012; work began on Unit 2 in May 2013.

Fuel has already been loaded into Unit 1, with Units 2, 3, and 4 in various stages of completion. Once all four units are online, he said, Barakah will generate about 25 percent of the country’s energy needs—a “major shift” for the UAE.

“Nuclear will provide a clean, secure, and sustainable source of energy. That will avoid the emission of around 21 million tons of CO2 annually,” he said. “To put this into perspective, that’s equivalent to taking 3.2 million cars off the road. These are major trends that’ll put the UAE in the forefront as a clean energy producer, and will also create very high-paying jobs.”

In the short term, while businesses and factories have closed down in Europe, Asia, Africa, and the Americas, billions of people are staying home—and consuming electricity.

“Globally, power demand dropped from 10 percent to 20 percent in many countries, and as much as 25 percent in places like Italy and Spain, but then it gradually went up again,” Al Hammadi said.

“The good news is that electricity is the backbone for the world to continue working. Oil demand went up and down, but we didn’t see any blackouts anywhere in the world,” he said. “Also, when people stay at home, there’s more per-capita consumption. I have six kids at home, and each one has their own tablets and iPhones. My router is always overheating.”

In addition, subscriptions to Netflix have exploded as hundreds of millions of people remain in lockdown, driving up electricity demand at energy-hungry data centers, which consume about 400 watts per square meter.

“The world is consuming 8.9 gigawatts of electricity because of higher use of computing,” he said. “These trends will continue when we go back to normal. Long story short, the electricity sector is resilient, and it’s designed in a way to continually provide power. That’s why people don’t know it exists, because it’s always there.”

Al Hammadi noted that fossil fuel has been the key driver of the world economy for many years, thanks to its energy density and transportability.

“We have the option to switch between renewables, nuclear, and fossil fuel because we have all of them in our basket—and we’ll be using them for decades to come,” he said, adding he’s not particularly concerned that rapidly dropping fossil fuel prices will make clean energy less competitive in the long run.

“From our perspective, we’ve done our energy plans for the next fifteen or twenty years. When you invest in the electricity sector, you invest for decades-plus,” he said. “I do foresee some shift maybe globally, but for the UAE, we are very focused on creating clean and secure sources of electricity, and we will bear the fruit of that investment very soon.”

He added: “Any nation that wants to develop a sustainable nuclear policy is welcome to work with the UAE. We’ve definitely made mistakes along the way, but I think we’ve paved the way for others to do this more efficiently.”

Asked what kind of legacy he’d like to leave his country, Al Hammadi said: “I would be proud to look back and say we avoided 21 million tons of carbon emissions a year. To be able to make a small dent in our environmental footprint is a massive achievement.”

Larry Luxner is a Tel Aviv-based freelance journalist and photographer who covers the Middle East, Europe, Asia, and Latin America. Follow him on Twitter @LLuxner.

In the wake of a pandemic: Coronavirus impacts on clean energy and climate action

Amid the haze of uncertainty wrought from coronavirus and oil market fallout, clean energy actors will not take a backseat as the world evolves. As the status quo dissolves before a global crisis, and fossil energy markets grow increasingly volatile, renewables and clean tech have an opportunity to chart a new path forward amid the recovery.

As US crude prices crumble, a difficult hand for the United States

By Reed Blakemore and John Soughan

As the market digests the final surge of oil from a Saudi-Russian price war prior to the implementation of production cuts on May 1, it may be that the tail end of a brutal supply glut has arrived and corresponding price stabilization—albeit at a very low price—will be soon to follow. But with oil demand projections reaching multi-decade lows, and US inventories continuing to build by record levels, the madness on April 20 suggests that US markets are far from out of the woods, putting policymakers and regulators in a tough position.