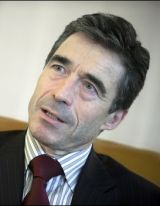 The European Union (EU) and NATO are in deep crisis. The EU is in trouble for at least three major reasons. First, EU is organized around Germany, which for understandable historical reasons trades down military power as it trades up economic and political influence. Second, Britain, one of the EU’s two serious military powers, is now so marginalized that it is considering leaving. Third, the euro zone cannot look beyond the euro. NATO is in crisis because its major shareholder is being stretched ever thinner the world over. Like it or not, overstretched and uncertain United States will soon be unable to be credibly effective in both Asia and the Middle East at one and the same time. China and Russia are making sure of that.

The real question facing Europe is: How can Europeans close the hard power strategy gap that is destroying the ability of Europeans to influence, secure, and defend their vital interests?

The need is pressing. First, according to the International Energy Agency the United States will be self-sufficient in oil and gas by 2035. Second, according to a 2011 Citigroup report whilst western Europe represented 48 percent of world trade in 1990, it was 34 percent in 2010 and likely to fall to 19 percent in 2030 and 15 percent by 2050. In February 2012 then Prime Minister Vladimir Putin said Moscow aims to inject about $775 billion by 2022 for new armaments and a more professional military. Beijing grew the Chinese defense budget by 11.2 percent in 2012, the latest double-digit increase since 1989.

In other words, Europeans will need to do far more and be far more credible in future as security actors in and around Europe. If Europe as a whole is to afford the tools of influence including diplomacy, aid and development, and the hard military power upon which influence is built, it will collectively need to invest in capabilities and capacities. The EU will also need to and radically reorganize. Sadly, the EU Common Security and Defense Policy (CSDP) summit on December 19-20 will be another missed opportunity in which very little will be presented as very much.

The EU-NATO strategic partnership should be established on a simple Euro-Atlantic strategic principle: keep the United States strong in Asia by filling the emerging strategy gap in and around Europe. That will better inform crisis management, capability development, and political consultations. The retreat from this principle has Moscow scenting an opportunity to interfere the grand strategic and Euro-strategic consequences of which are all too clear in Ukraine.

EU and NATO need big power to function and big power to function properly together. My prescriptions for EU-NATO cooperation are thus radical. Structure must follow power. First, the EU’s European External Action Service must be properly configured so that it moves beyond managing the daily crisis between the European Council and European Commission (not to mention the member states).

Second, both the EU and NATO should be seen for what they are—means to a strategic end for the states involved. Cooperation should thus be established on the pragmatic basis of the efficient and effective aggregation of power and influence. That will mean looking beyond the moribund EU-NATO Strategic Partnership (which is neither strategic nor partnership) to focus instead on a cooperation development plan between now and 2020 established on several programs.

Programs should include (inter alia) joint exercising and training based on lessons from over a decade of operations; promotion of procurement clusters; civil-military experimentation, finding ways to spread the cost of military modernization, investment in people through harmonized defense and security education; and for smaller European states the beginning of defense integration from the tail to the teeth. Such integration would be needed to close Europe’s strategy gap irrespective of either the EU or NATO. Indeed, the whole nonsensical debate over a European super-state is actually preventing defense integration not promoting it.

In November NATO Secretary-General Anders Fogh Rasmussen said, “We need to develop capabilities, not bureaucracies…” In Europe today no one talks power any more, one only talks institutions.

But here’s the rub; next week the much-heralded EU “European Defence Summit” is scheduled to take place. Part of its remit was to pave the way to more constructive EU-NATO relations at the September 2014 NATO Summit in Wales. Well-placed sources tell me defense will not be discussed by Europe’s leaders until lunch on the second day of the two-day summit, and then only for ninety minutes, with half of that time devoted to defense-industrial matters.