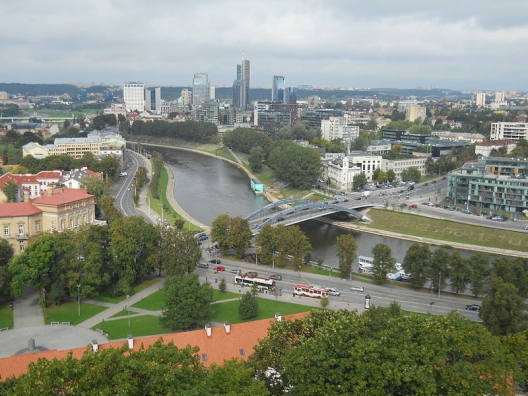 The EU’s Eastern Partnership (EaP), unveiled four years ago to build better neighbourly relations with six former Soviet republics, is in crisis. The EaP was launched by EU members such as Sweden and Poland (with the backing of Britain) keen to promote enlargement into the former USSR. Although with this not possible due to widespread opposition in western Europe to further enlargement, a new form of Association Agreement (AA) was launched that did not include membership. The “carrot” of the AA was the Deep and Comprehensive Free Trade Area (DCFA), which would permit EaP members to integrate with the world’s biggest market. EaP supporters, who have often stressed the geopolitical importance of EaP members such as Ukraine, at the same time hoped successful states would eventually join the EU one day.

At the upcoming Eastern Partnership Summit in Vilnius, Lithuania, on November 28-29 there may not be much work for European leaders as only Moldova will initial its AA. Georgia’s movement into the second stage of signing the AA is in jeopardy because of EU concerns that the country’s new leaders will follow Ukraine in the use of selective justice to punish their political opponents, including outgoing President Mikheil Saakashvili. Ukraine’s parliament meanwhile, has failed to find a compromise to release jailed former Prime Minister Yulia Tymoshenko for medical treatment in Germany, her release was an EU demand for it to sign the AA, and on November 21 the government issued a resolution halting preparations for the Association Agreement.

The Eastern Partnership was unveiled during a period of optimism in the Arab Spring when it seemed that democracy was spreading across the region. The EU’s Neighborhood Policy unveiled in 2005 included all countries stretching from Morocco to the former USSR that were geographically “neighbors.” The EaP included six former Soviet republics but these incorporated a similar mix of Europeans (Ukraine, Belarus, Moldova) with non-Europeans in the Transcaucasus (Georgia, Armenia, Azerbaijan).

However, the earlier victory by the terrorist organization Hamas in the 2006 Palestinian parliamentary elections should have been a wake-up call to those supporting the spread of democracy everywhere and anywhere. The election of Islamist parties in Egypt and Tunisia and the flourishing of Islamic terrorist groups in Libya and Syria have further confirmed this. There was also tremendous wishful thinking, especially on the part of Ukraine’s ability to meet EU benchmarks.

Including all six Eastern Partnership members into one category has been proven to be a strategic mistake; the Transcaucasus is not the same region as eastern Europe. The distance of two thousand kilometres between Kyiv and Tbilisi is the same as that between Kyiv and Brussels. Although Georgia’s Rose Revolution was more successful under Mikheil Saakashvili in promoting all-round reforms than the failure of the Orange Revolution under Viktor Yushchenko, it remains doubtful that the Transcaucasian countries could ever achieve EU membership, which is only available for countries lying geographically in Europe. Saakashvili’s anti-Russian nationalism and pro-Americanism, especially during George W. Bush’s tenure as  US president, also did not go down well in western Europe.

While promoting democracy in the three eastern European members of the Eastern Partnership is the right course of action this does not mean it is the right course for the three Transcaucasian members (Armenia, Georgia, Azerbaijan). The three eastern European EaP members are geographically in Europe and border the EU and the US and EU has long signalled out Belarus for its antidemocratic practices. Of the six EaP members only Ukraine, Moldova, and Georgia seek membership, which is why the EU is applying tougher benchmarks toward them.

The Transcaucasus is different. In September, Armenia joined the CIS Customs Union—Russian President Vladimir Putin’s attempt to revive a new Eurasian Union and plan to reverse the disintegration of the Soviet Union, which he believes was “greatest geopolitical catastrophe” of the twentieth century. Saakashvili had rushed headlong toward seeking NATO and EU membership for Georgia in the process provoking a war with Russia but one he lost. Saakashvili’s pro-Western policies are now being tempered under his successor Giorgi Margvelashvili who won last month’s election.

Azerbaijan’s geostrategic location is the key to understanding the country’s importance and challenges. To the north of Azerbaijan is unstable Chechnya and Dagestan, where Islamic groups have taken over the anti-Russian insurgency while to the south is the Iranian theocracy with fifteen million Azeris, five million more than in Azerbaijan itself. To the west and south west lies Turkey, ruled by an Islamist party sympathetic to the Muslim Brotherhood, and Syria in the throes of a bitter and violent conflict where the insurgency has been largely taken over by Islamists equally hostile to the Bashar al-Assad regime and the West. Former Pentagon official Michael Rubin, now a scholar at the American Enterprise Institute, is therefore right to say, “Political stability in Azerbaijan is to the benefit of American strategic interests.”

EU Eastern Partnership policy toward Azerbaijan should prioritize the country’s political stability, importance to the Northern Distribution Network into and out of Afghanistan which is vital to the success of the West’s mission in that country, contribution to peacekeeping missions in Kosovo, Iraq, and Afghanistan and close strategic relationship with Israel. Added to these are the centrality of Azerbaijan to securing the energy independence from Russia of its neighbors and countries further afield, including through the construction of a pipeline to transport oil to central Europe. Israel receives forty percent of its oil from Azerbaijan with whom it jointly manufactures drones, and their annual trade turnover amounts to $4 billion.

EU policy toward the Eastern Partnership also rested on large doses of misguided optimism vis-à-vis Ukraine, a country with a population of forty-six million, which is far bigger in population than the other five members combined (thirty-two million). Lobbying has been intense by Poland and the three Baltic states for the EU to be soft on its benchmarks toward Ukraine and thereby admit the country into the Association Agreement because of its geopolitical importance, which President Yanukovych has been only too willing to exploit. Steven Pifer, the former US ambassador to Ukraine and is now at Brookings, has repeatedly warned Kyiv that it is exaggerating its geopolitical importance to the West. Indeed, one could argue that Azerbaijan is as geopolitically important to the US as Ukraine.

While Ukrainian President Viktor Yanukovych agreed to extend the Black Sea Fleet agreement in Sevastopol to the middle of this century, Azerbaijani President Ilham Aliyev negotiated the removal of the Russian radar base, a legacy from the Soviet Union, and cancelled oil exports through Russia.

The EU’s Eastern Partnership placed exaggerated hopes in Ukraine where democracy has only flourished following the Orange Revolution in five of the last two decades of Ukraine as an independent state and its overall record on democracy, economic reforms, and corruption have been poor. Ukraine, for example, has had a poor record on media freedom and is ranked fourth in media freedom out of the six Eastern Partnership countries—with Armenia in third place and Azerbaijan fifth—according to a recent EU-funded study.

Since Viktor Yanukovych came to power in 2010 corruption has been massively increasing and the business environment rapidly deteriorating. Corporate raiding, including of foreign investors, is on an epidemic scale. Meanwhile, this year’s World Bank ease of doing business ranks Azerbaijan 70th, far ahead of Ukraine in 112th. In 139th place Azerbaijan ranks better than Ukraine, which is 144th on Transparency International’s latest Corruption Perception Index—although both are poor records.

Azerbaijan’s leaders have arguably invested much more in their people than Ukraine’s leaders. The Azerbaijani economy recovered from the Soviet slump in 1996 and today the country’s GDP is 240 percent greater than in 1991, the last year of the Soviet Union. Ukraine’s economy recovered only in 2000 (the last to do so in the CIS) and today its GDP continues to be only three quarters of what existed in the late Soviet Union. Ukrainian economic policies have utterly failed in the last few years to recover Ukraine from the recession brought on by the 2008 global financial crisis. At $7,392, Azerbaijan’s GDP per capita is twice that of Ukraine at $3,867, according to World Bank figures.

Gaza and the rise of Islamist parties in countries that experienced the Arab Spring should give the EU cause to rethink its one-shop approach to all six members of the Eastern Partnership.  While democracy promotion could guide EU and US policies toward Ukraine, Belarus, and Moldova, EU’s Eastern Partnership should prioritize geopolitics, energy, and political stability in the Transcaucasus. Compared to Armenia and Georgia, Azerbaijan has had greater success in balancing between big neighboring powers while its example of religious tolerance and pro-Western foreign policies is exemplary in a region where anti-Western Islamic fundamentalism is on the rise.

Taras Kuzio is a nonresident fellow at the Center for Transatlantic Relations, School of Advanced International Studies, Johns Hopkins University, Washington, DC, and is a Toronto-based research associate at the Centre for Political and Regional Studies, Canadian Institute of Ukrainian Studies, University of Alberta. The views expressed are his own