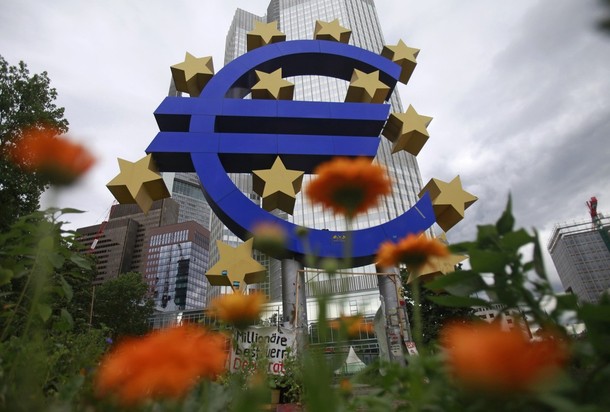 Lucullus, in Shakespeare’s Timon of Athens (spot the irony) warns, “This is no time to lend money, especially upon bare friendship without security.” As a Dutch tax-payer that warning carries little irony as billions of our hard-earned tax Euros have already vanished down the black hole of a failing currency – either in direct transfers or by printing money that we will forever have to underwrite.

No wonder the Dutch political elite have decided to go AWOL and that this is a good time NOT to have a government.

This week’s statement by rating agency Moody’s, a Dark Lord of the Market Universe, that the AAA borrowing status of Germany, Luxembourg, and the Netherlands is now on notice thus comes as no surprise. Indeed, in spite of German protests it strikes me as plain common sense as the sums of our money needed to save the benighted Euro become ever more astronomical. “Even if such an event [a Greek exit from the Euro] is avoided, there is an increasing likelihood that greater collective support for other Euro area sovereigns, most notably Spain and Italy, will be required.” The statement goes on: “The burden will likely fall most heavily on more highly-rated member-states [i.e. me] if the Euro area is to be preserved in its current form.”

German Finance Minister Wolfgang Schaüble thinks Greece now incapable of reform and yet this week the so-called troika—the IMF, European Central Bank (ECB) and European Commission—arrived in Athens to assess Greek ‘eligibility’ for another €31.5 billion ($38.1bn) of our money. This is the ‘last’ tranche of an €130bn ($157.4bn) bail out that apparently I agreed to last March. Although the Greeks have managed to trim €17bn ($20.5bn) from their national debt to bring it down from 160 percent of GDP to 132 percent it is nothing like enough. Now, Athens has stalled. Greece has promised to reduce it budget deficit to below 3 percent of GDP by the end of 2014. In 2011 the Greek overspend was the equivalent of 9 percent of GDP. Clearly, the 3 percent target is pure Greek drama as Athens is now behind with its spending cuts as the Greek economy shrinks faster than planned. More importantly, reports from within the all-mighty German Central Bank (Bundesbank) indicate that Berlin now accepts Greece’s exit from the Eurozone as inevitable which means all my money will be lost. And yet Athens may demand another €50bn ($60.5bn).

On to Spain. As the value of Spanish government debt plunges Spanish banks are beginning to crack with some €250bn ($302.7bn) in government bonds in their vaults, some 30 percent of Spain’s national debt. The ECB has already told me that I ‘promised’ €100bn ($121.1bn) of our money to pump into Spain’s banks, even as the Spanish take their money out and put it all in German banks – so much for solidarity. Indeed, Spanish banks have lost 3 percent of their deposits in recent weeks, leading them to take a further €106bn ($128.3bn) of our money via the ECB or some 9.5 percent of their total borrowing.

Sadly, I am not . Rather, I am being asked—no forced—to bankrupt myself, to risk all for which I have worked so hard for so many years and to end my life a pauper simply to fund permanently failed southern European economies and an absurd piece of political adventurism in the name of a European solidarity that exists only in the minds of the Euro-Aristocracy who have enriched themselves in the name of Europe.

The simple fact is that whatever the economic and political shape of Europe the state institutions of southern European countries are simply not strong enough to withstand the shock of reform needed to ween them off my money. There are thus three questions I want the politicians who put me in this mess to answer. First, how much is saving the Euro worth? Second, how much would the break up of the Euro cost? Third, (and most pressing) when is this going to end…and how?

How safe is my money? The one thing I will never get is an answer.