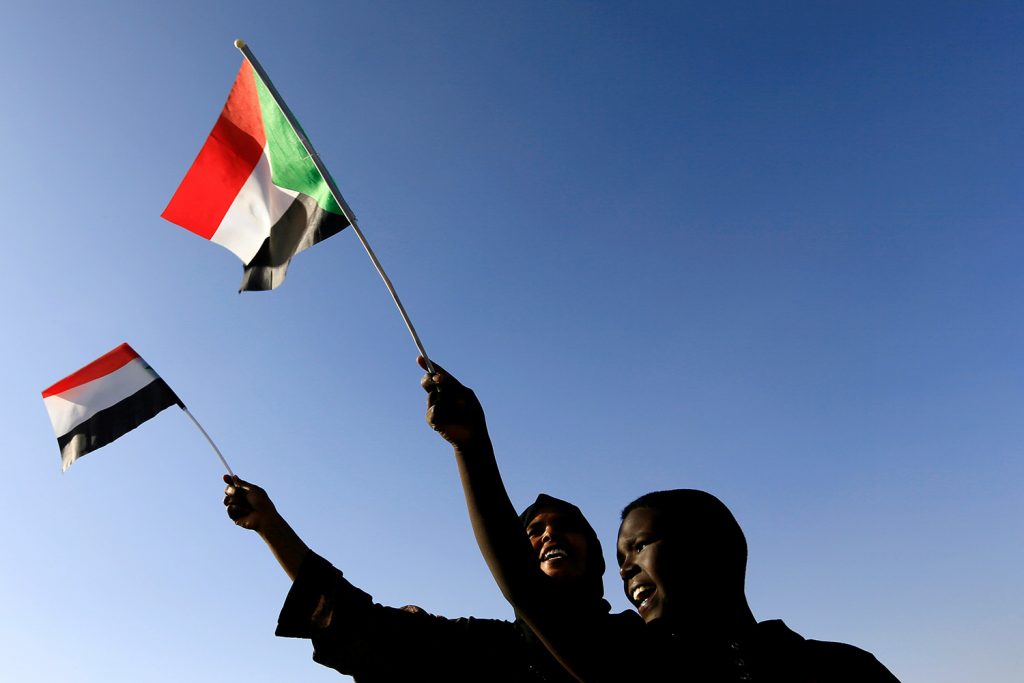 Sudan became the latest country to normalize its relationship with Israel on October 23, as an agreement between the two countries ended the official status of war between them. US President Donald Trump announced the agreement following a discussion with Sudanese Chairman of the Sovereignty Council Abdel Fattah al-Burhan, Sudanese Prime Minister Abdalla Hamdok, and Israeli Prime Minister Benjamin Netanyahu.

The agreement comes at the same time as Trump announced that he will remove Sudan from the US State Sponsors of Terrorism List in recognition of the country’s progress towards democracy after the ouster of former leader Omar al-Bashir in 2019 and in return for a compensation package from Sudan for US terrorism victims. In a joint statement, the Trump administration said that the United States “will take steps to restore Sudan’s sovereign immunity and to engage its international partners to reduce Sudan’s debt burdens, including advancing discussions on debt forgiveness consistent with the Highly Indebted Poor Countries Initiative.” Israel and Sudan will also “begin economic and trade relations, with an initial focus on agriculture,” and will “meet in the coming weeks to negotiate agreements of cooperation in those areas as well as in agriculture technology, aviation, migration issues and other areas for the benefit of the two peoples.”

The normalization agreement follows similar agreements between Israel and the United Arab Emirates and Bahrain, as both the United States and Israel have sought to improve Israeli ties with countries across the region, especially as Iran continues its military aggression.

Atlantic Council experts react to the normalization between Sudan and Israel, and analyze what it means for both countries and the wider region:

Normalization a watershed moment for Sudan

“Today’s dual White House announcements that the Trump administration is both removing Sudan from the terrorism list and that Sudan and Israel are normalizing relations are both watershed events that will hopefully further Sudan’s political and economic transformation. While all sides would like to see these announcements as having been reached on their own merits, coming as they do only minutes apart, it is hard not to see them as linked.

“To its credit, Washington lived up to its word and announced Sudan’s removal from the terror list after Khartoum met the last requirement of transferring $335 million to Washington’s settlement payment for the 1998 US Embassy bombings. This is a huge political win for Sudan’s Prime Minister Abdallah Hamdok, who came into office pledging to shed the legacy of Sudan’s terrorist past and remake its relations with the international community, but who in recent months has come under withering criticism for his inability to stabilize the country’s failing economy.  These announcement no doubt help to do that but could come at significant political cost to him as many at home will see Khartoum’s normalization with Tel Aviv as too high a price to pay for achieving its delisting. But Hamdok hopes that the extensive package of sweeteners that Trump and Netanyahu have attached to the normalization deal, including debt relief, development assistance, and huge investment guarantees, will be enough to mitigate the accusations that are certain to emerge that Sudan was “bullied” and “blackmailed” into an agreement that is not supported by the Sudanese public. Critical now for the prime minister will be to translate today’s announcement promises from Washington and Tel Aviv into lower bread prices, shorter fuel lines, and more abundant electricity—tangible signs to average Sudanese that the country is finally turning the corner. If those benefits can be felt quickly, then most will believe that the bargain was worth it.”

Cameron Hudson, senior fellow at the Atlantic Council’s Africa Center and previosuly served as the chief of staff to the special envoy for Sudan and as director for African Affairs on the National Security Council in the George W. Bush administration.

“After the on-again, off-again drama leading up to this agreement over recent weeks, as all the pieces of the $335 million compensation package for US terrorism victims were being put together by the Trump administration, this peace accord between Sudan and Israel is a significant and historic achievement. The question is whether it will hold, and there are good reasons to suggest it may not, considering the unstable nature of Sudan’s transitional government. One important precedent is the agreement Israel forged with the Republic of South Sudan in 2011, only to watch the fledgling country descend into a brutal civil war two years later. Peace with Sudan, which was actually in a state of war with Israel in contrast to the agreements with the United Arab Emirates and Bahrain, is a success for Prime Minister Benjamin Netanyahu’s Africa strategy, in which he has built a wedge of support in eastern Africa. In contrast to the chill Israel encountered for years because of African support for the Arab boycott, Israel now adds a new ally to its fertile and growing relations with Ethiopia, Eritrea, Rwanda, and Uganda that have given it a stronger anchor on the African continent.”

“Sudan is a welcome, if complicated, addition to the Abraham Accords. Unlike the UAE and Bahrain, Sudan has waged war with Israel. Its forces joined the Arab–Israeli War in 1948 and the Six-Day War in 1967, playing host to an Arab league summit after the latter that denounced recognition, peace, or negotiations with Israel. Its population is more fervently anti-Israel and, in many cases, anti-Semitic than it’s Gulf counterparts. Accordingly, peace with Sudan is that much more meaningful than the earlier normalization agreements. But the former Islamist state also finds itself amidst a major internal transformation, one that is far from complete. The decision by the caretaker government to enter this deal amidst internal controversy and uncertainty at home is risky at best.

“The United States for its part is showing a willingness to keep raising the ante. In exchange for the deal, Sudan will be removed from the state sponsor of terror list and will enjoy millions if not billions of dollars of economic assistance from the UAE and the United States. Subsequent Arab countries contemplating peace—each with their own long list of demands—are sure to take note.”

Experts react: US brokers another deal in Middle East with Israel and Bahrain

Atlantic Council experts react to Bahrain agreement to normalize ties with Israel and what it means for the wider region.

Image: Sudanese civilians wave their national flag as they gather at the freedom square during the first anniversary of the start of the uprising that toppled long-time ruler Omar al-Bashir, in Khartoum, Sudan December 19, 2019. REUTERS/Mohamed Nureldin Abdallah