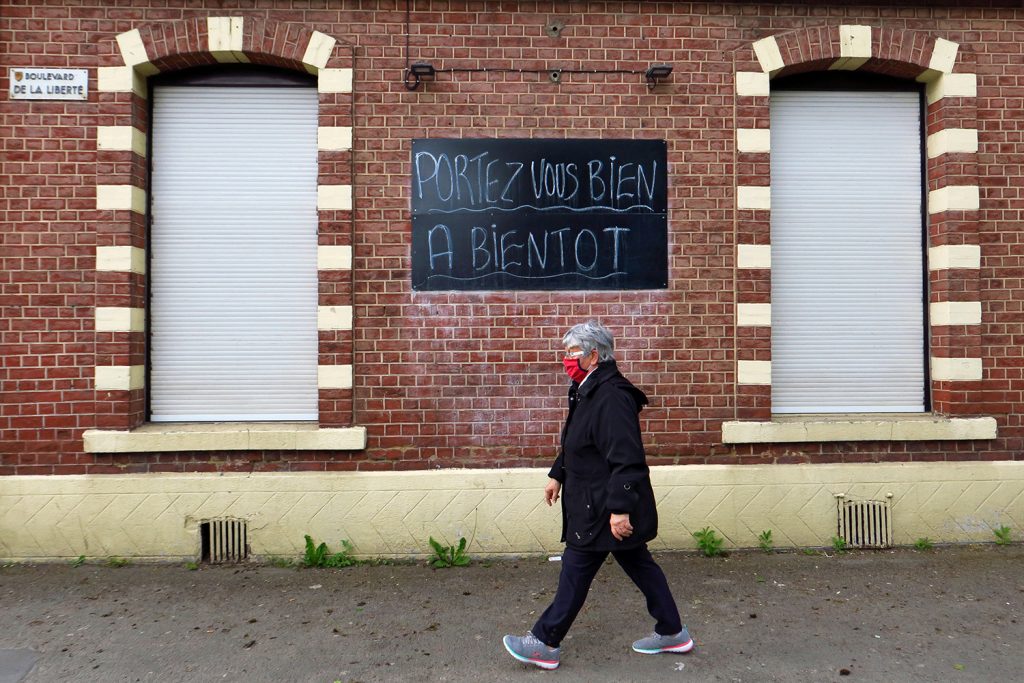 In response to the COVID-19 pandemic, governments have launched massive fiscal and monetary support programs. However, the direct stimulative impact of these fiscal measures is less than the headline figure of more than $8 trillion suggests. The fiscal packages contain many components and while they vary significantly across countries, about half or less of them include increases in government expenditures or a reduction in tax revenues—the rest provide loans or guarantees to firms. As it becomes clear that more fiscal support is needed, future measures should be designed with more thought given to balancing direct measures and guarantees, as well as current consumption and investment in infrastructure. Modernization of infrastructure holds out the promise of improving the productivity of economies, crucial in helping to pay for the huge increase in government debt.

According to the International Monetary Fund (IMF), “above the line” fiscal measures globally amounted to $3.3 trillion or 4.1% of gross domestic product (GDP; as of April 8—before counting the third US package of $545 billion and South Africa’s $26 billion plan). “Above the line” measures refer to increases in government expenditures and reductions in tax revenues—directly impacting economic activity via fiscal multipliers. In addition, countries have offered $4.5 trillion (5.6% of GDP) of “below the line” measures (loans and equity stakes) as well as guarantees (to firms and banks)—the economic impact of these measures depends how much they are taken up and spent by the targeted recipients.

Among emerging market and developing countries (EMDC), South Africa stands out with its recent announcement of a 500 billion Rand ($26 billion) fiscal package (10 percent of GDP), with 170 billion Rand (3 percent of GDP) going to new discretionary spending, while the remainder consists of rearranging current budget priorities and loans and guarantees. China has announced only above the line measures worth 2.5% of GDP. Other EMDCs have offered quite modest direct budgetary measures between 0.7% of GDP in India to 2.9% in Brazil with hardly any loans or guarantees programs (with the exception of Brazil offering 4.2% of GDP in those facilities).

Overall, the differences in magnitudes and compositions of fiscal programs by countries around the world imply uneven and staggered recoveries, making them more protracted.

As the severity of the economic contraction is being revealed, additional fiscal support will be needed. In designing the next wave of fiscal packages, it is important to learn from recent experiences so as to better balance their various elements to be more effective.

How does the G20 COVID-19 fiscal response compare to the Global Financial Crisis?

The first consideration is to balance between direct budgetary measures and loans and guarantees. As the contraction deepens, more emphasis should be given to direct fiscal measures to help the economy; loans and guarantees are important in helping firms avoiding funding crises, but if not administered carefully (which is difficult to do in a crisis), they risk sustaining “zombie” companies which act as a brake to productivity growth. In the future, priorities should be given to helping the most vulnerable members of society such as low-wage workers with limited education. Workers in informal sectors of the economy are particularly vulnerable—the International Labor Organization has estimated that about 2 billion workers (or 61 percent of the total workforce) engage in informal work which is much more prevalent in developing countries, especially in Africa and South Asia. The duration of such worker support programs should be calibrated to be commensurate with that of the pandemic; otherwise many citizens will become destitute if the support runs out while the crisis is still raging.

Support programs are influenced by countries’ labor market policies, and given their crucial roles in fighting the crisis, it is useful to learn from a comparison between the wage subsidies and unemployment benefits approaches. At one end of the spectrum, European countries, typified by Germany, lean toward wage subsidization through short-time work (kurzarbeit) programs. Basically, the government subsidizes companies to maintain payrolls at lower wages (usually 2/3 of the original) for shorter work time. By contrast, the United States has put more emphasis on beefing up unemployment benefits while also trying out the Paycheck Protection Program (making forgivable loans to firms to maintain payrolls for eight weeks). The different approaches show up in differences in the increases in unemployment rates—from 5 percent in March to 5.8% in April in Germany compared to a swift rise from 4.4% to at least 16 percent in the United States according to estimates.

The German model—including worker protection features— has been viewed as favoring insiders at the expense of those unemployed, leading to inflexibility and lack of dynamism in the labor market. This can hinder employment growth as employers tend to be reluctant to hire as it is difficult to fire. On the other hand, such a model can maintain more stability and moderate the rise in unemployment and its associated social and transition costs—many workers are still employed (though at reduced time and wages) and ready to resume production when the recovery starts.

By contrast the US model aims to cushion the impact of rising unemployment, allowing a higher churn-over rate in the labor market, making it more dynamic and open to changes in job opportunities. The flip side includes higher economic insecurity facing workers who may or may not be able to get a new job (and probably at lower wages) after being unemployed. The current expectation is that those temporarily laid off during the pandemic—accounting for most of the newly unemployed—will be quickly re-employed when the economy recovers. However, that remains to be seen given the unprecedented and unfamiliar ways the pandemic has hit the economy, including causing possible changes in economic behaviors which could keep consumption subdued and recovery feeble.

Secondly, there should be a balance between current consumption (almost exclusively and appropriately the case so far) and investment in infrastructure, especially as social distancing measures begin to be relaxed allowing people to get back to work. Infrastructure in areas requiring improvement include health and emergency care facilities and supply, closing the digital gaps which will drive social and economic inequality in the 21st century, and green economic development. In addition, it is also important to invest in education and training to equip workers for jobs of the future.

Against this backdrop, it is interesting to monitor the progress of the next big fiscal packages in the United States and the European Union (EU)—currently going through the respective political processes. A possible fourth US fiscal package of up to $1 trillion is being intensely debated in Congress, involving talks about help to states and local governments suffering from huge budget deficits. While this is necessary, not much has been said about infrastructure. By contrast, the European Recovery Fund (of about €1 trillion) is all about infrastructure investments, even though there has yet been agreement about the Fund’s financing sources (probably from enhanced European Commission’s budget and the Commission borrowing in capital markets) or the form of disbursement (probably a mix of loans and grants).

Infrastructure investments should receive more attention in the next wave of fiscal measures. Such investments offer the promise of improving the productivity of various economies, generating the growth needed to help servicing the huge increase in government debt which has been crucial to fight the pandemic crisis but is not cost-free. The debt problem will need to be dealt with—a topic discussed in a following post.

Image: A woman walks past a closed bar on which reads ''take care, see you soon", during the lockdown imposed to slow down the spread of the coronavirus disease (COVID-19), in Cambrai, France, May 3, 2020. REUTERS/Pascal Rossignol