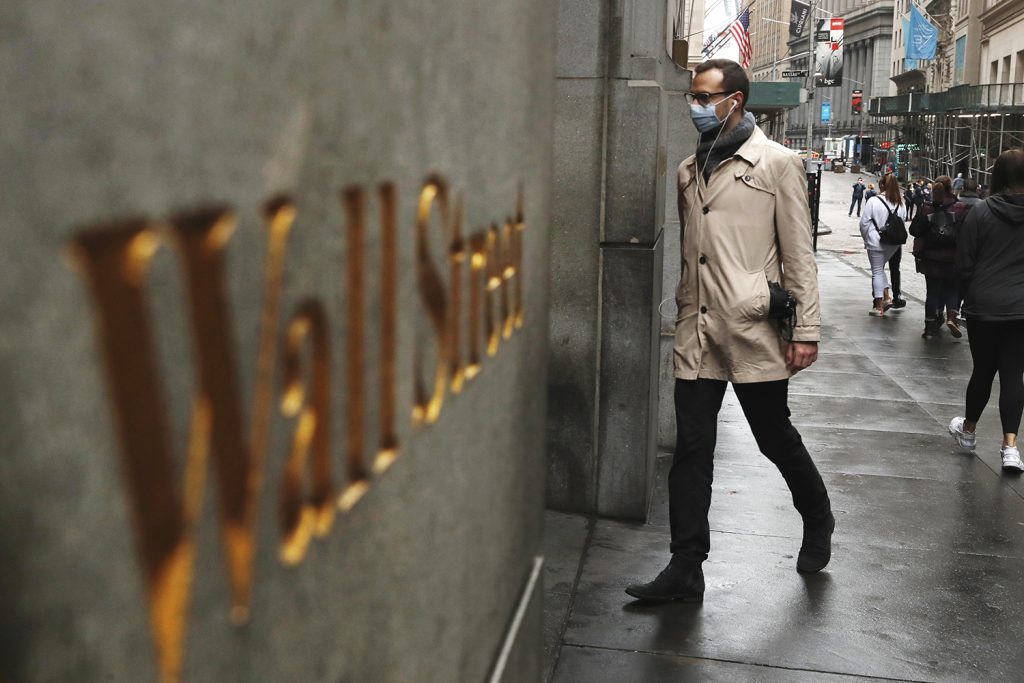 Over the weekend, Neel Kashkari, the president of the Federal Reserve Bank of Minneapolis, urged large US banks to raise $200 billion in fresh equity capital in order to give their balance sheets a buffer for the oncoming wave of non-performing loans and bankruptcies triggered by the COVID-19 crisis.

We lack full information about the size and the speed with which this wave is approaching, though we can say with some confidence: Big. Fast. We also know the problems will occur across asset classes and reach some segments of banks’ books traditionally considered to be very safe or even countercyclical. Every day, new exponential curves blast through the entire prior history of price, market, and risk indicators. Two well-known examples are the sharp rise in US unemployment and oil price dynamics.

Other select developments have made headlines in recent days: the number of companies rated B3/negative outlook or below by Moody’s now stands at a higher level than during the peak of the global financial crisis, and as shops and shopping malls remain closed throughout the United States and store tenants are unable to make (full) rent payments, equity and mortgage real estate investment trusts face margin calls, and frozen debt capital markets. In fact, look at any asset class and the impact of social distancing measures finds its way to banks’ balance sheets through multiple channels.

Equity markets are starting to price in the upcoming shocks and appear to expect the banking sector to underperform the overall economy during this economic shock and its eventual recovery. While the Dow Jones Industrial Average is down 11 percent since the beginning of March, shares of the largest five US banks by assets are down an average of 26 percent.

Bank earnings calls in the week of April 13 featured a very sizeable ramping up of reserves at the major investment banks, a sign that banks are starting to account for expected losses. Banks are likely to have to double down on these efforts in months to come: for one, loan loss previsions are below their peak during the Global Financial Crisis and there is every indication that the economic impact of the pandemic will be broader and deeper. Secondly, while the Global Financial Crisis affected banks mainly through mortgage and related financial product portfolios in which many assets were mispriced, the economic shock of the shutdown affects loans and assets in every sector—it is hard to diversify out of a pandemic-related halt to most economic activity.

Additionally, projections about the eventual recovery appear to be consistently too rosy. For whatever reason, some forecasters still discuss a ‘V-shaped’ recovery as a possibility with some meaningful probability attached to it. The International Monetary Fund’s World Economic Outlook, released on April 14, was notable not so much for its projection of a global economic contraction of 3 percent this year, though that is what grabbed the headlines. More surprising was the Fund’s base case projected ‘snapback’ to global growth of 5.8% in 2021. Such optimism in the 2021 forecast can be supported only if the world’s major economies are indeed able to gradually and mostly simultaneously restart later this year. In order to achieve the global 5.8% growth number, major economies will have to rebound from this year’s sharp economic decline with a growth rate much higher than the average of the past decade: Italy at 4.8%, Japan at 3%, and France at 4.5%, for example.

Big US banks are unlikely to raise equity to the degree suggested by Governor Kashkari. As one bill after the other passes the US Congress to prop up and stimulate other segments the economy, banks are poorly incentivized to raise equity. In addition, the peak of bank failures closures during the Global Financial Crisis happened two years after the collapse of real estate prices—there is an argument that there may be some time before the financial sector’s reserves are depleted. The wider picture however shows gyrating equity and commodity markets, very high unemployment, and a fragmented ‘reopening’ picture. All in all, the moment of the need for a meaningful injection of capital, whether from private markets or from the taxpayers, is approaching.