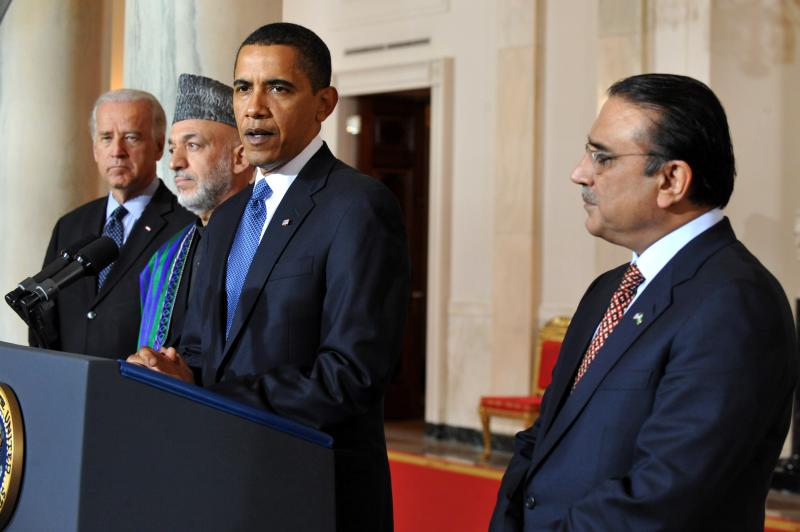 With a second term assured, President Barack Obama has a shot at making a huge difference in greater South Asia, an opportunity that he failed to take in his first term.

This may now be the time for a new hyphenation across the map of that critical part of the globe: bringing together a string of countries ranging from Iran, through Afghanistan, Pakistan and India to Bangladesh. For this may be the center of gravity of Asian stability and growth in the next couple of decades, if the United States and its partners get their policies right. But first, the President needs to create a center of gravity for decision making on this region in his own Administration, reaching across the aisle and bringing in new blood to rejuvenate his efforts to bring peace. Then he must help create a network among the nations of this region that is based on their own self-interests and from which the United States would profit immeasurably.

The President could use the emerging forces of democracy, gender equality, and civilian supremacy rather than military might as the catalysts for change in the region. No carrots or sticks, but moral suasion, applied quietly and confidently to help these countries build confidence amongst themselves.

India is perhaps the most critical part of this new opportunity. Under a Prime Minister who has dared to think of peace and normalcy even with arch enemy Pakistan, India needs to be encouraged to open its borders to its neighbors for trade and travel, opening far wider the door that has been cracked open in recent months. A paranoid Pakistan that fears hot borders on the east and the west could be helped to get over its concerns. Pakistan must recognize that it is in its own interest to create normalcy with its neighbors, for it cannot afford to continue on the path of military or economic competition, especially with India. Rather, it can catapult its economy to new heights by becoming a regional partner. The United States could also bring together support for strengthening Pakistan’s recent overtures to all Afghans, not just the contiguous Pakhtuns, whom Pakistan wrongly saw in the past as its assets. There are signs that Pakistan is prepared to let Afghanistan be Afghanistan. Much could be done to support that trend by helping open trade and power (gas and hydroelectricity) routes to central Asia. In both these countries, civil society and civilian governments are the key to progress and stability. Pluralism, gender equality, education, and health may be the foundation stones to help them gain their footing as democracies.

This means shifting the focus of expenditures from guns to butter over time. The United States has a great position in that regard, as a strategic partner to Afghanistan, Pakistan, and India for the time in history. It can also open the door to engagement with Iran by bringing Iran back to the table on Afghanistan’s future stability. By helping create regional ownership for Afghanistan’s future it can find a way to exit gracefully from the region. India, again, will be key in creating transparency in its relations with Afghanistan to help Pakistan overcome its suspicions of being hemmed in on both sides.

The region has been ready for some time to create an atmosphere of trust, though much remains to be done on the issues of cross-border terrorism and non-state actors. Civil society groups have started benefiting from the opening of trade relations and visa regimes. The current limited transit trade arrangements need to be extended from Kabul to Dhaka. The cross pollination of ideas — especially among the burgeoning youthful populations of the region – and the greater involvement of women in their societies, will help ensure that there is no slipping back toward obscurantist thinking of the past. Those positive trends are growing and cannot be turned back, come what may.

President Obama can ride these emerging waves to truly earn his Nobel Prize of four years ago by helping bring lasting peace to greater South Asia. Perhaps he could start by visiting two border posts in the first few months of his second term: Wagah, where India meets Pakistan, and Torkham, where Afghanistan and Pakistan meet, and calling for keeping the gates that now close daily to remain open forever. This would be a grand legacy for the 44th president of the United States.

Shuja Nawaz is director of the South Asia Center at the Atlantic Council. This piece was first published on Foreign Policy’s AfPak Channel.