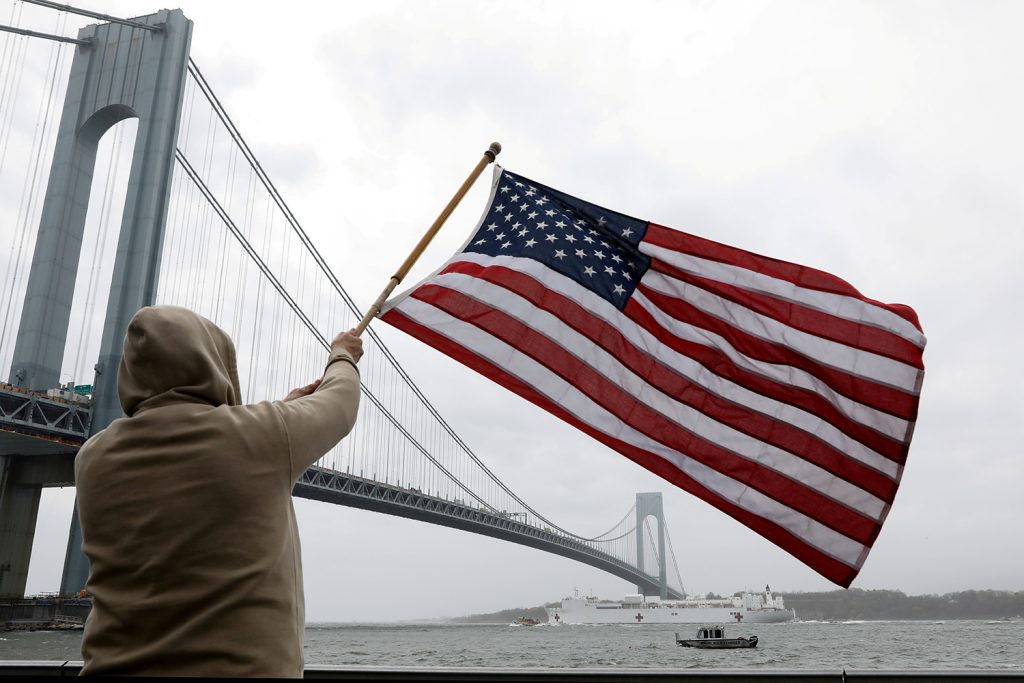 In a previous piece I spotlighted long-standing national challenges that COVID-19 has made harder to fix, but even more important to do so. A follow-on offering discussed a punch list for national recovery from pandemic and its aftershocks. Both argued that accomplishing these imperatives require the country to overcome an ailing political system. Here’s how we could begin.

Even amid officialdom’s finger-pointing and gamesmanship during coronavirus, Americans innately understand that national political infirmity isn’t so much caused by the people in power. They are symptoms, and in some cases, even victims of underlying disorder in the body politic.

The glory of democracy is its embrace of disparate ideas and passions within a framework of shared, fundamental principles—freedom, human rights, and rule of law. Its effectiveness, however, is in its capacity to reconcile conflict and forge fair and effective consensus.

The US political system, neatly structured to do both has been hacked by the political parties so it can do neither particularly well. The warring duopoly has reprogrammed the institutions of self-government to perpetuate itself while deeply undermining the health of US democracy:

Treating the nation’s political infirmity should be centered on four approaches:

Restoring focus and cohesion…including by:

Lifting the siege on the political center, improving the competitiveness of elections, and broadening the base of political participation…including by:

Building public trust and accountability…including by:

Revitalizing civics literacy and citizenship…including by:

Diagnosis. Such initiatives will not cure all our national ills, but without them we can’t cure any.  Effective reform must target the underlying pathology—principally, a thriving election industry that has found a highly profitable business model in sowing fear and distrust, balkanizing and polarizing the nation filling political coffers.

The parties strategically use one another as foils in what to many resembles a mutually beneficial bunco scheme. Elected officials spend an increasing amount of time and energy raising money to feed the machine. All too often, the funds are used to further demonize the other side, widening the divide, and making compromise and consensus harder to strike.

The ensuing stalemate perpetuates national challenges, creating still more fodder for partisan warfare, requiring still more campaign finance to prosecute. It all adds up to a self-reinforcing process of political impasse, incapacitating the apparatus of government.

Media has bought into the conflict-based business model, many swapping professional journalism for editorial-ism feeding tribalism. Advocacy—masquerading as news or not—monetizes the patronage of niche audiences who log on or tune in for regular fixes of confirmation bias calcifying political rivalry.

Safe seats, however, make for happy professional politicians—regardless of party label–even if it disenfranchises the political center, chasing moderates from Congress. Attempts to build bridges with “the other side” typically earn a wayward legislator the opprobrium of partisan stalwarts. Consensus seekers are called traitors who party purists determine must be “primaried.” They used to be called statesmen.

The party leaders in Congress may find it harder and harder to cobble together consensus in their own caucus much less the other side of the aisle, but they still set the agenda, call the shots, and orchestrate the parties’ theatrical quarrels. The arrangement seems vestigial and oddly undemocratic given that more Americans now identify as independent, than as either Republican or Democratic.

Preoccupied with fundraising and fighting, the “people’s branch of government” has become incapable of performing its basic Constitutional duties. The Congressional “regular order” of action on budgeting, authorization, and spending bills has all but vanished. More likely than not the year’s actions are balled up into huge catch-all bills that almost no one has read or understands until after the votes are cast.

When major changes to law and policy do bubble up for action, they are too often developed in majority party cloisters without sufficient consultation with “the other side” and pass with one-sided support instead of more enduring bipartisan majorities or sit on the calendar unaddressed.

The vital art of effective Congressional oversight is disappearing. And as the national legislature wrestles itself to a partisan standstill, power flows to the executive branch upsetting the country’s essential checks and balances, creating still more dysfunction. The net result of Elections Inc. is a country increasingly incapable of doing the things it knows must be done for its own good.

Sound strategy and good law is hard to achieve and sustain when each side expends so much time and energy seeking to deprive the other side of creditable victory and in managing appearances. Henry Kissinger once told an Atlantic Council audience that early in his public service politicians would ask him what he thinks.  “Today when one meets politicians,” he said, “they ask one what to say…It’s in the nature of our system.”

Optimistic prognosis. After the nation gets its arms around COVID-19, the necessity and opportunity exist for political leaders to rally together for the broader reset needed—a non-partisan, campaign to forge a better new normal for politics and government that values cohesion, cooperation, mutual respect, functionality, and competency.

Some have called the pandemic a kind of World War experience, requiring the nation to rise to the occasion, face down a great threat, and become an even better version of itself.

In the aftermath of the Second World War, the country came together to pass major pieces of legislation to chart a better future, including the Employment Act of 1946 and the National Security Act of 1947. Visionaries created international institutions like the NATO alliance, World Bank, and International Monetary Fund. Despite controversy and criticism, these and other landmark measures of the period laid the groundwork for national security and prosperity and global development over many decades and helped secure freedom in the Cold War. Post-war feats required bipartisan consensus and national teamwork.

During this crisis, the country has seen shades of long-hibernated bipartisanship. A spirit of teamwork and urgent purpose must be strengthened and harnessed, not only to recover from coronavirus’ devastation but to proactively tackle the array of other future-defining challenges in its wake.

We must do more than hope that happens. We must make it so.

John Raidt is a nonresident senior fellow in the Middle East Security Initiative of the Scowcroft Center for Strategy and Security.

See the other two articles in the series:

Without superb teamwork and cooperation across society, including our elected leadership, the country can’t possibly meet national challenges.

Coronavirus has exposed the United States’ own political virus