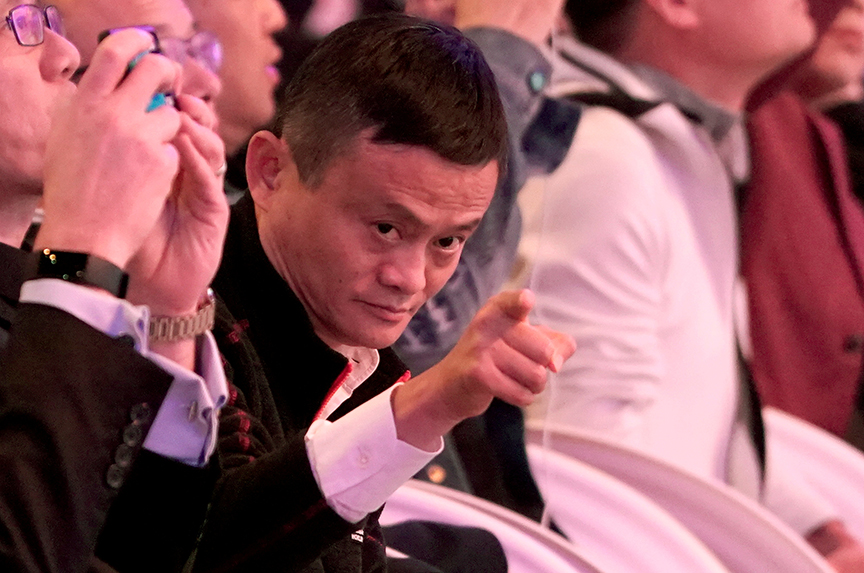 In the post-9/11 era, Washington has waged innovative campaigns against terrorism finance, sanctions evasion, and money laundering. Leveraging the United States’ heavyweight status in the international financial system, the US Treasury has isolated and bankrupted rogue regimes, global terrorists, and their enablers. As financial technology transforms global business, the traditional financial system faces new competition across a suite of offerings, ranging from brokerage services to peer-to-peer lending. In no area is this clearer than in mobile payments, where a global hegemony lies ready to exercise its weight, and it is not the United States.
Explosive Growth in Chinese Fintech

That hegemon is China, which has seen its tech giants, Alibaba and Tencent, transform the mobile payments landscape in China. With a lack of a sophisticated credit card market and an undeveloped consumer banking system, both firms’ platforms have experienced explosive growth, far outpacing their peers in Organization for Economic Cooperation and Development (OECD) countries. Today, Alibaba’s financial subsidiary, Ant Financial, commands a higher valuation than Goldman Sachs, while managing the world’s largest money market fund, Yu’e Bao.

Mirroring this trend, Tencent’s money market fund, Licaitong, has seen its assets triple in the past three years. This growth has been powered by its messaging app, WeChat, which enables consumers to perform activities, ranging from ordering groceries to scheduling dental appointments, in addition to normal social media functions. Earlier this year, its mobile payments subsidiary, TenPay, exceeded Alipay’s in terms of monthly active users, powered by the growing market for electronic wallets.

Despite being publicly traded firms, neither Alibaba nor Tencent have mainland listings on either the Shanghai or Shenzhen stock exchanges. Alibaba’s stock is listed in New York, with its 2014 initial public offering (IPO) ranked as the largest in the New York Stock Exchange’s history, while Tencent is listed in Hong Kong, with a December listing of its subsidiary, Tencent Music. Other Chinese tech giants, like Baidu and JD.Com, as well as dynamic startups, like Qutoutiao and Nio, have listings in New York as well.

The underdeveloped characteristics of China’s mainland equity markets have been frequently highlighted. The dominance of these markets by retail investors, rather than by institutions, has contributed to significant bouts of volatility. IPO backlogs on these markets are massive, attributable to the government’s strict regulation, ostensibly to protect the interests of investors. Trading halts are frequently overused and abused by firms, reducing market efficiency and concerning global investors. As a result, major providers of benchmark indices, like MSCI and FTSE Russell, are reluctant to allow Chinese stocks into their indices.

Even New York’s closest rival, Hong Kong, lags behind in a number of key characteristics, despite its status as a hub for doing business in Asia. Reeling from its defeat for the Alibaba IPO, the exchange recently adjusted its rules to permit dual-class shares, which are popular in public tech firms. Though Hong Kong attracted large names in 2018, like Xiaomi and Meituan, its strict vetting procedures have placed it at a disadvantage to its peers. Hong Kong’s investors also have a noted preference for firms operating with stable cash flows, in contrast to the many loss-generating startups operating in the new economy.

Despite their lower name recognition, the New York market offers outstanding liquidity and high valuations for Chinese firms seeking to list abroad. In addition, many Chinese exchanges feature strict rules regarding profitability, mandating a firm be profitable prior to its listing, while New York has been much more accommodative, with Amazon being a prime example of this. With so many comparable tech giants already listed in New York, many Chinese firms have come to view it as a better listing location for this reason alone. Though worthy of attention, Hong Kong’s regulatory changes are simply too little, too late, to alter the calculus of many Chinese firms.

To ensure Chinese companies’ compliance in future sanctions regimes, these listings in US equity markets offer prime leverage for American policymakers. The threat of a delisting, typically only used in law enforcement against criminally-charged companies, could be an effective psychological tool to encourage Chinese CEOs to comply with US sanctions policy. At the same time, should these hard conversations not be effective, Washington should be ready to up the ante by targeting the personal assets of Chinese entrepreneurs, including their stock portfolios and US assets, in a bid to force the hand of senior management. Should this move be either ineffective or ignored, the United States could then explore the possibility of a debt/equity restriction, or even a full delisting, if the threat is great enough to warrant such extreme action. These measures would have a significant impact on Chinese firms, which would likely comply long before negotiations reached that stage.

It should be noted that Beijing has not ignored this asymmetric advantage in the hands of Washington. Earlier this year, the country’s regulators established the landmark China Denominated Receipt (CDR) program, which would enable Chinese firms listed abroad to establish listings on the mainland. However, this initiative has had a lackluster performance after initial enthusiasm in the spring.

These relate to an issue within the initiative, the first being convertibility. A denominated receipt would be redeemable for shares of the stock, but not trade the underlying shares themselves. Should a Chinese investor seek to redeem dollar-denominated shares of Alibaba or Baidu, it is a much more contentious debate of whether they will receive those shares than if they were receiving them in New York or in London. Should China’s securities regulatory agency, the CSRC, not allow for convertibility, large and volatile valuation gaps between CDRs and their foreign-listed shares could emerge, damaging market efficiency. More broadly, holding a CDR would also be more challenging in the long run, as secondary share offerings are much harder to execute in mainland markets than in New York. Beijing requires regulatory approval for all new share offerings, whereas a secondary share offering in other markets is typically laxer, requiring solely a mandate from investors at an annual meeting.

Xiaomi presents an effective case study in analyzing the potential downsides of the CDR market. Originally having targeted a $10 billion fundraise between its Hong Kong IPO and a mainland CDR listing, Xiaomi suddenly placed its CDR plans on hold. This was likely due to a combination of bearish market sentiment, strict vetting criteria in mainland markets, and the lack of finalized rules on convertibility. As it stands right now, HSBC may, in fact, be the first firm to tap the CDR market, allowing it to access mainland investors through the Shanghai-London Stock Connect.

With this episode aside, it is likely that the Chinese will try to challenge US financial supremacy by leveraging the combination of their sizable capital markets and advanced financial technology. However, by effectively utilizing the dollar’s role as a global reserve currency, the attractive liquidity of US markets, and the broader economic links between New York and Shanghai, Washington can build effective sanctions regimes in the future that account for these new trends.

Michael B. Greenwald is a fellow at Harvard Kennedy School Belfer Center. He is deputy executive director of the Trilateral Commission, senior adviser to Atlantic Council President and CEO Frederick Kempe, and adjunct professor at Boston University. From 2015-2017, Greenwald served as the US Treasury attaché to Qatar and Kuwait. He previously held counterterrorism and intelligence roles in the US government.