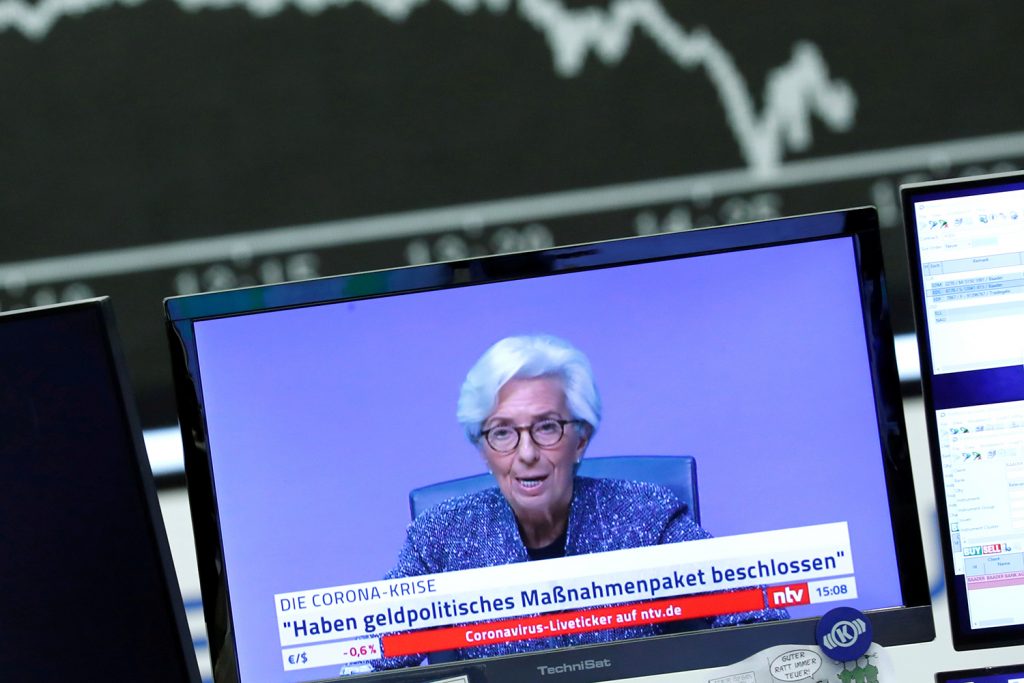 On May 5, the German Federal Constitutional Court ruled in a landmark decision that the European Central Bank (ECB)’s current quantitative easing bond purchasing program conflicts with German basic law. The ECB had started to implement this monetary stimulus program in 2015 to support Europe’s slow economic recovery following the eurozone crisis. In its decision, the court put the ECB on notice arguing that the institution failed to conduct a “proportionality assessment” to evaluate whether its bond purchases’ economic impact exceeds the bank’s mandate. The judges warned that if the ECB does not comply with the ruling within three months, the German Bundesbank will be barred from continuing to take part in the ECB’s quantitative easing program. In addition to potentially impairing Europe’s monetary stimulus, the German court’s decision might also weaken the EU’s legal order by undermining the authority of the European Court of Justice (ECJ). This ruling does not concern the ECB’s recent measures, namely the Pandemic Emergency Purchase Programme (PEPP), to mitigate the economic repercussions of the coronavirus. However, the ruling could force the ECB to adjust these measures going forward.

Atlantic Council experts react to the court decision and what it means for the European Union and the European Central Bank:

“This is time for solidarity and boldness in the European response to this unprecedented crisis. Unfortunately, the [German] Court’s decision endangers the ability of the Bundesbank to participate in the ECB’s program in the long run. Besides, it undermines the authority of the European Court of Justice (ECJ) and could provide a worrying precedent for states asserting their sovereignty with illiberal measures against the rule of law in Europe. To be fair, the Court has a point in claiming the ECB is extending its mandate in veering into economic territory to respond to the crises. Since the last financial crisis, we have seen central banks innovate and expand dramatically their balance sheets to respond to this crisis. In Europe, this is largely a result of the shortcomings of the member states’ fiscal response and the incomplete integration of the Eurozone. Member states should step up and not let central banks carry the burden of saving European economies.”

Josh Lipsky, director of policy and programs in the Atlantic Council’s Global Business and Economics Program and former advisor to Christine Lagarde at the International Monetary Fund:

“The court’s decision is ill-timed and dangerous to European unity in a time of crisis. If the last two months have shown us anything it’s that monetary and economic policy are deeply intertwined. Asking the ECB to try to constantly define the difference is an impossible task. Equally important, the idea that individual members can continually threaten ECB independence undercuts the core purpose of a central bank. [ECB President] Christine Lagarde, an accomplished lawyer, will take the decision in stride and keep doing what she is already doing—trying to save Europe’s economy. And that includes Germany.”

“What makes the recent German Constitutional Court (BVerfG) ruling on the ECB’s bond purchase so explosive is its potent mix of monetary policy and primacy-of-EU-law implications. Understanding it requires disentangling the matter of the case (bond purchases) from the manner of reasoning (revisiting an issue on which the ECJ had ruled). Both raise serious questions.

“First, let’s get one thing out of the way: this is not about the COVID19 ECB response, known as PEPP. The complainants challenged the Public Sector Purchase Programme (PSPP) launched in March 2015 as a response to the Eurozone crisis and reactivated in 2019. As the result, the BVerfG’s decision does not apply to the new program—something it makes explicit in the ruling.

“Yet by essentially requiring the ECB to motivate its decisions on bond purchase—or simply by adding uncertainty to the system—it might mean PEPP has to be rethought. And if anything, it will reinforce the political case in Germany against public debt purchase.

“The legal reasoning is equally—if not more—important because it goes at the heart of the EU construction. The ECJ had already examined the PSPP in 2018 and found that the ECB had acted within its purview. The BVerfG starts by reviewing the ECJ ruling, finds it lacking and thus reclaims the power to conduct its own examination (see I.2, I.3 and II). Its assessment then differs from the ECJ’s, finding that PSPP violates the competences of the ECB. The BVerfG rules (to put it briefly) that PSPP goes beyond monetary policy (something the EU/ECB can do) and has fiscal policy repercussions (something that remains in the purview of member states).

“This is what makes the ruling so explosive. Beyond monetary policy considerations, this is a case about the primacy of EU law (can the German Constitutional Court have a different opinion from the ECJ?) as well as about article 5 TEU, about conferral and proportionality. To put it plainly, about how much power member states give the EU and how much they themselves retain.

“That dimension has not been lost on observers. The Polish deputy justice minister, Sebastian Kaleta, was quick to convene a press conference and remark that “the EU says only as much as we, the members states, allow it” and theCommission was equally prompt in issuing a statement reaffirming the primacy of EU law and ECJ court rulings.

“Before jumping to the doomsaying, let’s remember that debates about the primacy of EU law or the competences of the EU are nothing new. They have been raging since at least the Costa v. ENEL case of 1964, though often confined to legal circles.

“The political context is however different. The ECJ’s competence was a contentious issue during the Brexit debates. Challenges to the rule of law in Hungary and Poland are rooted in the question of national interpretation. The COVID 19 pandemic is reigniting the discussion about expanding the EU’s fiscal competences.

“At some fundamental level, Kaleta is not entirely wrong: the EU has only as much power as the member states allow. This is the core of articles 4 and 5 TEU.

“Where Kaleta—and others—err is in thinking that EU competences can be returned or modulated at will. What member states have conferred, they can indeed recover, but only through a collective decision. As the BVerfG’s ruling itself clearly states: “If any member state could readily invoke the authority to decide, through its own courts, on the validity of EU acts, this could undermine the precedence of application accorded to EU law and jeopardise its uniform application.”

“Yet that ruling puts its finger on a sensitive issue: how much do Europeans want the EU to do? Since the failure of the 2005 EU Constitution campaign, that response has only been answered in a piecemeal manner as the EU took on new responsibilities during the 2008 crisis or expanded in the realm of security and defence.

“It is time to have a political debate about what citizens want the EU to do. This should be at the heart of the Conference on the Future of Europe.”

Nicolas Véron, senior fellow at Bruegel and the Peterson Institute for International Economics:

“The BVerfG’s latest ruling is best viewed as part of a long sequence that started a generation ago in the wake of the Maastricht Treaty. As such, it should not be overdramatized. All players involved are playing a complex game of quest for institutional dominance. To use an American word, this week’s ruling stops well short of outright nullification. The BVerfG does not directly question the primacy of EU law.

“Even so, this step marks an escalation, if only because it’s the first time that the BVerfG labels a decision of the Court of Justice of the European Union (CJEU) to be ultra vires, beyond its powers. It also has impact on euro-area monetary policy. To a large extent, the ECB is taking stray bullets from the raw turf warfare between the BVerfG and CJEU. The BVerfG is not substantially interested in monetary policy, nor does it ostensibly understand it.

“In the immediate short term, the pressure is on the Bundesbank, which has three months to decide on which side it stands, possibly subject to other players’ moves in the meantime. If it keeps participating in the Eurosystem’s Public Sector Purchase Program, it risks being blamed and possibly sued for non-compliance with the BVerfG’s instructions. But if it exits the program (arguably only then), Germany could be sued by the European Commission for infringement of EU law.

“This case raises profound questions about the sustainability of the euro and beyond it, of the European Union itself. But don’t expect these questions to be settled anytime soon. Rather, expect more lawsuits.”

“Much like the ruling’s immediate implications for the ECB’s Public Sector Purchase Programme (PSPP), the short-term fall-out for German politics from the constitutional court’s May 4 decision seems limited. The verdict from Karlsruhe will give fiscal hawks among Chancellor Angela Merkel’s Christian Democrats and the liberal FDP opposition short-lived satisfaction of supposedly having reined in the profligate ECB. The far-right, nationalist Alternative for Germany (AfD)—once born out of the eurocrisis and an elite movement against alleged bail-outs of southern Europe on the back of German savers—has changed beyond recognition from its Eurosceptic beginnings and will find it hard to exploit the verdict in any meaningful way. This also in part due to the relative lack of attention the court’s decision on a complex European constitutional issue has garnered among the German public focused on the COVID-19 crisis and its economic repercussions.

“But in the medium term, Berlin’s debt and deficit hawks celebrating today may soon face more challenging political choices. If the ECB’s monetary policy discretion to respond to crises and its ability to do “whatever it takes” become more circumscribed as a result of the court ruling, the pressure on eurozone governments to act through fiscal policies and integration may overpower even Germany’s resistance amid a serious recession post-COVID-19. Karlsruhe’s verdict may prove a pyrrhic victory for German fiscal hawks after all.”