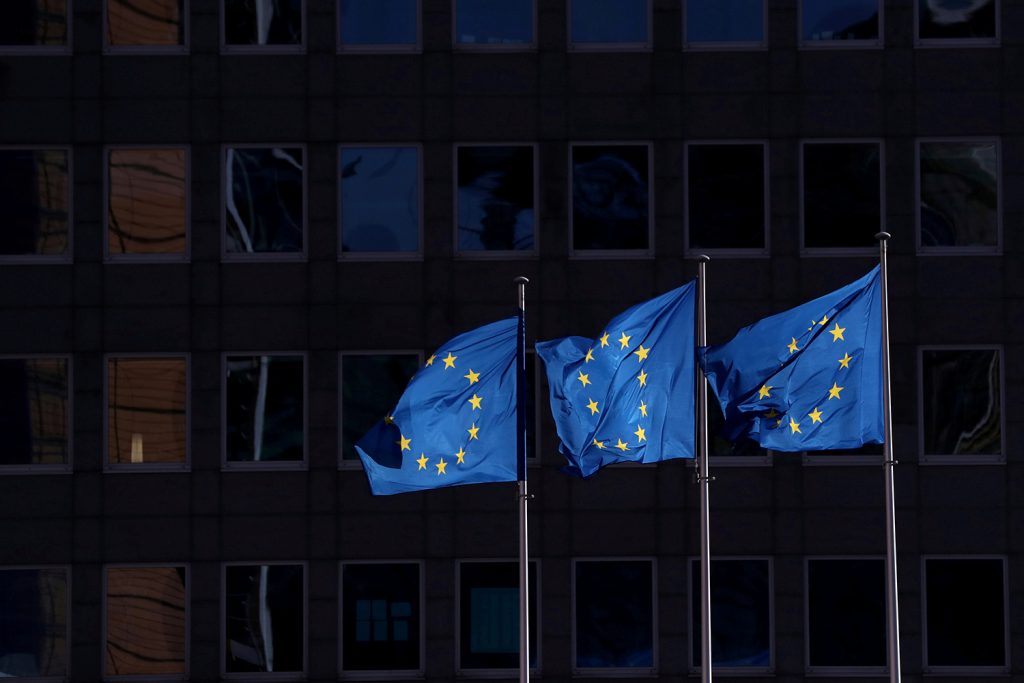 Seventy years ago, six European nations decided to pool their production of coal and steel, planting the seeds of the European project. In the aftermath of total devastation and war, European leaders were gambling on more than an improved economic situation: they were taking a political leap towards interdependence to create a different continent, and a model for the world.

They succeeded. But there was a catch: it is often said that the European Coal and Steel Community’s success—coming after the failure of military integration a few earlier—led to a depoliticized European model driven by technical integration rather than politics. Once more, as Europeans are debating the future of their economic integration in the midst of the COVID-19 crisis, the broader political arguments are missing from the conversation.

Despite early stumbles, European leaders should be commended for their cooperation in tackling the coronavirus crisis. The rules created over the past twenty years and in the wake of the last crisis have proved effective: the European Commission showed flexibility to allow for deficit spending, borders were re-imposed temporarily as enabled by the Schengen system, European leaders have started communicating and collaborating on medical equipment. Perhaps most importantly, the European Central Bank under Christine Lagarde is putting into practice former ECB President Mario Draghi’s promise of “whatever it takes.”

Unfortunately, that was the easy part. It’s time for the Eurozone to unleash more fiscal firepower. Last week, the United States passed a stimulus package equivalent to over 6 percent of its gross domestic product (GDP). Economic historian Adam Tooze pointed out this kind of spending is much harder to find in the Eurozone. Look at Spain, Italy, and France, all with packages well under 2 percent of GDP. Even Germany’s revised plan pales in comparison to the United States’.

Now, of course, it is true these countries have broader social safety nets that already protect the most vulnerable. But even when those safety nets are factored in, the current and proposed measures are insufficient to shield Europe’s citizens from financial disaster.

This is more than a debate about jobs and spending. As countries weigh the right measures to respond to the economic impact, including shared risk and lower borrowing costs through the creation of “Coronabonds,” they must understand they are not just arguing over the rules of the eurozone. They are deciding the future of European power on the world stage. If the project fails now, if Europeans can’t ensure solidarity with each other after so much pain and sacrifice, it will not only be a devastating loss for Europe. It will also be a blow to a world looking for the political shape of a post-coronavirus world.

Some of the same arguments over sound fiscal policy and moral hazard heard during the response to the Global Financial Crisis and Eurozone crisis are being made today. The call for sustainable economic policies is understandable and reasonable—in more normal times.

But this crisis calls for a different mindset. Bringing more resources to bear as soon as possible will actually save lives and avoid much greater economic costs down the road.

It is unfortunate, and unfair, that the same northern and southern European economic battle lines of the past are being redrawn. The idea of Coronabonds is itself a compromise between the camps. It is not a Eurobond; it is not a central fiscal capacity. It is a temporary tool to help all of Europe through a crisis. For those who think of it is a backdoor to a more permanent fiscal union, remember that the Coronabond can be sunset and the fight over a fiscal union can wait for another, more peaceful time. If we get there.

Just because Europe survived the last crisis doesn’t mean it will survive this one. The coronavirus recession is different in two fundamental ways.

First, this crisis is no one’s fault. As a letter signed by nine European heads of state and governments put it: “The case for such a common instrument is strong, since we are all facing a symmetric external shock, for which no country bears responsibility, but whose negative consequences are endured by all.” If Europeans can’t agree to lend a hand when their brothers and sisters are in need through no fault of their own then what really is the long-term viability of European project?

Second, coronavirus comes in the midst of a completely changed geopolitical landscape for the EU. 2020 is a time of strategic competition. As the EU has said last year, China is now a “systemic rival” proposing an seemingly attractive alternative, at a time when the United States is increasingly inward-looking. Compare this to 2009 when the US-European alliance was being reinforced every day of the crisis—through leaders’ rhetoric, through transatlantic monetary policy cooperation, through a joint US-EU led call for coordinated fiscal stimulus. The Group of Twenty (G20) London Summit of 2009 was a moment when the world came together to save the global economy, with the western allies in the lead. Times have changed.

Think about how the rest of the world views the situation. As a result of the crisis many emerging markets are experiencing a sudden reversal in international financial flows. According the International Institute of Finance, at $80 billon and growing, this is the largest capital outflow from emerging markets ever recorded. China, especially if it recovers faster from the crisis than Europe, will have an opportunity. The Asian Infrastructure Investment Bank has already started approaching countries to make offers of reconstruction. Does the EU want to leave countries with no choice other than the Belt and Road, especially in its own neighborhood: North Africa, the Western Balkans, Central Asia?

The European Union was built on a narrative of shared responsibility, solidarity, and multilateralism. Like all great projects, it has often fallen short of its ambitions. But if Europe emerges from the crisis stronger and more unified, it could provide a better architecture to tackle the next global crisis. Who else could be in a position to strengthen and reform post-war multilateral institutions, such as the IMF and the World Bank? Europeans could play a critical role in shaping an alternative system to the current version of US unilateralism and Chinese authoritarianism. But to be strong abroad you must first be strong at home.

In recent years we have heard the call for a more assertive Europe on the world stage, a Europe that reconciles itself with power. European Commission President Ursula von der Leyen has promised a “geopolitical Commission,” French President Emmanuel Macron unveiled ambitions for “European sovereignty,” while Dutch Prime Minister Mark Rutte remarked that the EU should “be prepared to use [its] enormous economic power as leverage for political power more often and more assertively.” Some positive steps have been taken to streamline European defense spending and build common projects with Permanent Structured Cooperation (PESCO) and the European Defence Fund (EDF), as well as promote a robust regulatory environment in the digital space with the General Data Protection Regulation (GDPR). These were all the warm-up acts. None of them come close to the fundamental challenge of this moment: this is Europe’s economic emergency and its greatest geopolitical test.

Benjamin Haddad is director of the Future Europe Initiative at the Atlantic Council. He is the author of “Paradise Lost: Trump’s America and the end of European illusions.”

Josh Lipsky is the director, policy and programs, of the Global Business and Economics Program at the Atlantic Council.