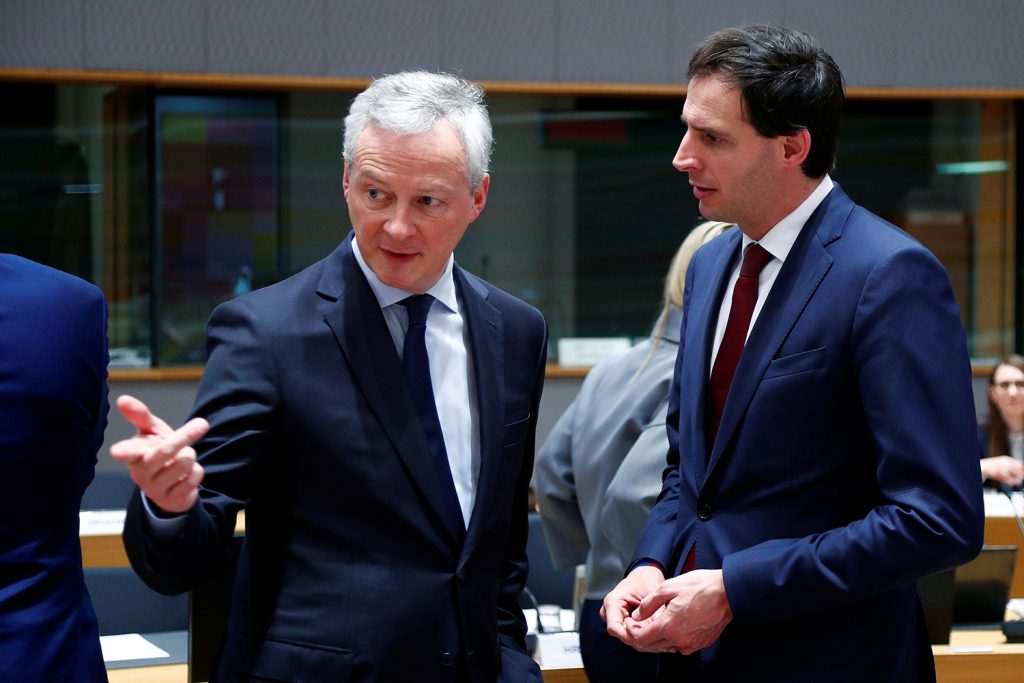 The coronavirus crisis has triggered an intense moment of tension within the Eurozone and the conflict over emergency aid and Eurozone debt mutualization or ‘Eurobonds’ may flare up soon again. Dutch Finance Minister Wopke Hoekstra, with tacit support from other Northern Eurozone countries, has repeatedly rejected the southern Eurozone countries’ calls for unconditional financial assistance. While a collapse of the euro or breakup of the European Union remains unlikely, these internal divisions may undermine the bloc’s financial and geopolitical leverage. Understanding the Dutch position on these issues is key to overcoming the lack of solidarity in Europe and creating a sustainable path out of the crisis.

The Dutch often see geopolitics and finance as separate, but The Hague has become more aware of new pressing issues, such as the growing Chinese financial influence in southern Europe after the previous Eurozone crisis and the vulnerability of Dutch companies to US financial sanctions. Nonetheless, geopolitical and strategic motives traditionally take a back seat when it comes to Dutch financial decision making. The Dutch position can largely be understood by looking at public opinion and domestic politics.

The Dutch public debate about financial assistance to southern Europe is divided. Several prominent Dutch observers actually castigated Finance Minister Hoekstra over his harsh stance. Former Dutch central bank governor Nout Wellink argued that the Netherlands would actually stand to lose a lot of its wealth if southern European economies were to collapse. Still, the influential parliamentarian Pieter Omtzigt noted that the Netherlands should not end up “paying the mortgage of the entire European Union.” That view seems to capture the dominant mood in the Dutch Parliament.

Dutch opposition against extensive aid to southern Europe and European mutualized debt has become deeply rooted over the last decade. Since 2010, the Netherlands has emerged as one of the fiercest ‘frugal’ fiscal hawks, opposing both debt relief for Greece and an expansionary EU budget. In 2015, at its most intense opposition, former Eurozone President and Dutch Finance Minister Jeroen Dijsselbloem refused to budge to the demands of Greece to restructure that country’s debt program. In 2017, Dijsselbloem made himself infamous abroad—but popular at home—when he said about Mediterranean countries’ indebtedness “you can’t first spend all your money on drinks and women, and subsequently ask for financial support.”

A key popular concern in the Netherlands is the erosion of the pension system. Contrary to other European countries, where pensions are mainly financed through the government budget—thus through taxation and debt—the Dutch save for their ‘own’ pension funds. Dutch citizens, therefore, greatly worry about inflation, debt write downs of bonds held by their funds, and ‘unfair’ contributions to the fiscal budgets of other European countries. Furthermore, as the Dutch pension age is sixty-seven, it is a hard political sell to show ‘solidarity’ to countries where the pension age for some professions is fifty-two or fifty-seven, like in France.

Of course, the Dutch popular perspective can be too narrow and overlook the—sometimes painful—reform efforts of other countries. For example, the French government has persistently been trying to reform its social system in the face of domestic unrest. But even when taking these aspects into account, some Dutch observers are still concerned about the risk of misappropriation of public spending in Mediterranean countries.

The highly visible and apparently singular Dutch stance in the European negotiations can be largely explained by domestic political maneuvering. Ahead of parliamentary elections next March Prime Minister Mark Rutte’s People’s Freedom and Democracy Party (VVD) and Hoekstra’s Christian Democrats (CDA) fear that they stand to lose if they are seen as giving in to the southern European demands, as it could embolden ‘populist’ Eurosceptic Freedom Party (PVV) and Forum for Democracy (FvD) and cause center-right voters to bolt for the populists. Coalition partners Christian Union (CU) and Democrat (D66), however, do not see themselves as competing with the Eurosceptics, and favor extensive aid to southern Europe.

Furthermore, Finance Minister Hoekstra is often seen to be competing with the highly visible Health Minister Hugo de Jonge for the leadership of the Christian Democrats. Their respective handling of the coronavirus crisis could make or break their political careers. Against that backdrop, Hoekstra is also battling the legacy of his predecessor at the Ministry of Finance, Jeroen Dijsselbloem. The Dutch public generally remembers Dijsselbloem as highly capable for his tough dealings with southern Europe. Hoekstra could lose the leadership contest if he were to be seen as failing where his predecessor ‘succeeded.

The road ahead for the Netherlands and the Eurozone seems fraught with uncertainty and complexity. Currently, a contest for leadership for the Netherlands’ Christian Democratic party could immediately affect the global financial landscape and Europe’s geopolitical position. This highlights the intricacies of European decision making.

French President Emmanuel Macron, as well as Italian Prime Minister Guiseppe Conte and Portuguese Prime Minister Antonio Costa, have argued that Dutch opposition to unconditional financial assistance may lead to the end of the EU. While such comments often emerge in the heat of the negotiations, a more coherent dialogue on a joint European approach to the current and future economic crisis is necessary. While the Dutch have previously successfully reached out to ‘fiscally prudent’ member states and set up a new ‘Hanseatic League’ in 2018, they should now consider deeper engagement with countries in the greatest need of financial support.

“We must unite our forces and stick to our fundamental values” during coronavirus crisis, EU commissioner says.