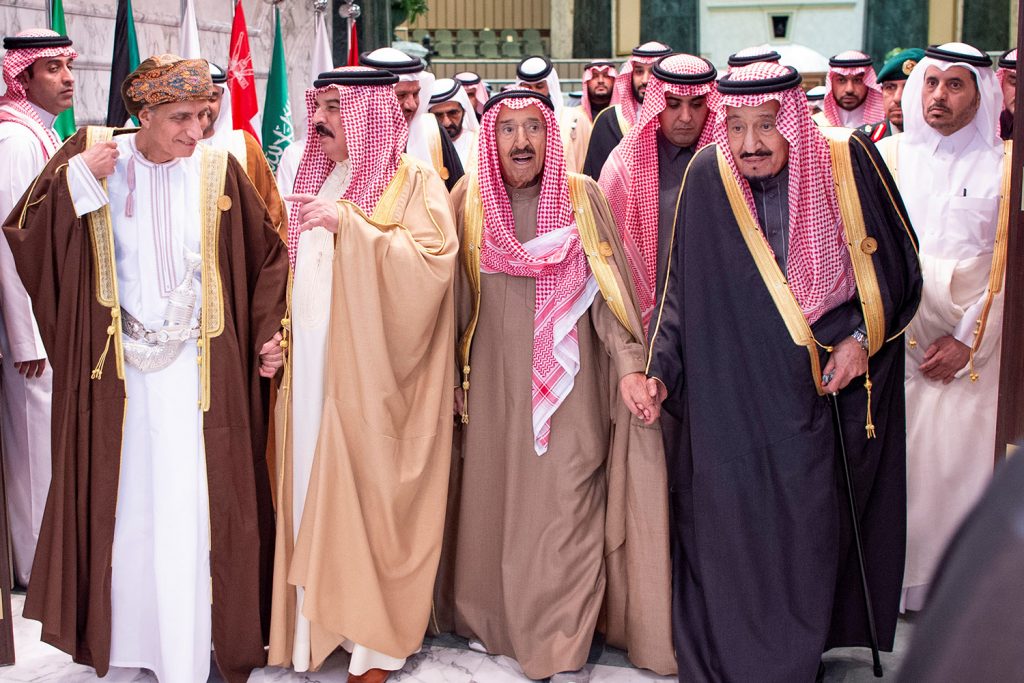 With increasing strikes by Iranian proxies against US forces in Iraq and US allies like Saudi Arabia, and a conceptual plan for US retaliation signed, the United States will have to choose between a war with Iran or a humiliating withdrawal from Iraq to protect US forces, unless an effort is made to de-escalate. Such a withdrawal would give Iran control of governments all the way to the Mediterranean Sea.

The United States and Iran have tried traditional backchannels, where both rely on interlocutors that neither completely trust.

On February 21, Iran held elections to its legislative body, the Majlis. Supreme Leader Ali Khamenei’s ultra- hardline political posse ensured that comparative moderates and reformers were barred from running, and incensed voters in these camps boycotted the polls. Quelle surprise, hardliners won.  As a result, votes in Parliament going forward will be stacked against the possibility of Iran’s President Hassan Rouhani coming to the negotiating table with the United States under any circumstances.

Compounding the tyranny of political calendars is the coronavirus.  With the world distracted by a pandemic and elites in both Iran and the United States pressed to demonstrate leadership and eager to direct attention away from free-falling economies, the conflict between Tehran and Washington playing out in Iraq is intensifying.

Assuming it does not come to a head before Ramadan—a bet this author is not willing to take—escalation will continue through the November US elections, after which President Rouhani will be labeled a lame duck and therefore unsuited for negotiating with the United States. In other words, Iran’s decisionmakers will not see a scenario conducive to negotiations, regardless of the outcome of US elections.

Ultra-hardliners have gained traction using a message that those who led Iran into the Joint Comprehensive Plan of Action (JCPOA) are traitors. There has even been talk in Iran of bringing them to trial. The appeal of the revolutionary message has waned, and ideologues now frame their justifications for offensive action on nationalism. The ultra-hardline narrative is that Iran is surrounded by threats on all sides. The US presence in countries on Iran’s borders is a threat; the increasing aggressiveness of Israel is a threat; Sunni terrorism is a threat, so vigilance and defenses must be heightened.

Ultra-hardline dominance of the Majlis will pave the way for an ultra-hardline win in the Iranian presidential elections in 2021.  Tension with the United States bolsters the raison-d’etre of the Never Negotiators and facilitates regime survival. What amounts to Iran baiting the United States will continue, with continued risk of mistakes being made that ignite a full-scale conflict.

After Iran’s presidential elections an ultra-hardline president and ultra-hardline-dominated Majlis will resist international pressure to change behavior without significant concessions that far exceed the plan of French President Emmanuel Macron.

Don’t wait for renewed protests to drive de-escalation. They won’t.

Recent protests about a lack of service provision and corruption at the top in Iran are aimed at the heart of the regime. But they do not reduce the likelihood of further attacks and escalation by Iran. Here’s why.

While the US maximum pressure campaign is indeed working, it does not change political realities about power in Iran. The continuing stream of sanctions have the second-order effect of serving ultra-hardline interests by acting as proof that Iran is under siege and that an offensive posture is therefore required. It is an unfortunate truth that the economic pressure, while squeezing the regime, has fed their narrative.

The Guardian Council could meet the protestors’ demands for change by replacing Rouhani (no doubt with a puppet) and even replacing Khamenei via a palace coup (with a cleric already in the running for succession and just as ultra-hardline).

The regime will not hesitate to crack down violently if they feel regime survival is threatened. They could bring in Hezbollah to do this dirty work as they did during suppression of the Green Movement. They will also not hesitate to rig their presidential elections if they feel a loss is certain.

The regime narrative that negotiation does not work and that Iran is surrounded by threats on all sides will continue. It is being used to justify continued escalation right now.

So much for the protests handing the United States a win.

The Macron plan hit a wall in the fall of 2019 because of a chicken-or-egg scenario in which neither the leadership in Washington nor in Tehran were willing to bend first. Washington refused sanctions relief without Tehran first making concessions on the renewed nuclear program or proxies, and Tehran refused to make concessions without sanctions relief.

A third party to the conflict, Iran’s neighbors in the Gulf, will need to act to break through the impasse. In exchange, they should get a seat at the table when the terms of an expanded US-Iran negotiated deal are eventually discussed.

This is a possible template:

The path to de-escalation and negotiation

Current trajectory: Everyone wins but the United States

Iran floated the Hormuz Peace Endeavor (HOPE) proposal to Gulf neighbors this past fall. This plan would give GCC countries the peace of mind they’re looking for, but in exchange for US withdrawal from the region. Iran expected the region to say no publicly but to seek backchannel, bilateral agreements. This is happening, but it is not in the United States’ interest. Iran has assured its Gulf neighbors that it will not attack their people or their oil infrastructure in the near term. Instead it focuses its violent attention on US targets.

A better option is to call Iran’s bluff and respond with a new plan offered by the GCC that accepts the idea of an Organization for Security and Cooperation in Europe (OSCE)-like organization and steps toward concrete measures on arms control and the security of energy trade but retains each nation’s sovereign right to host partners from outside the region and enter into any other defensive agreements it chooses.

The suggestion that a pact of mutual non-aggression in the Gulf merits a small sanctions reduction or troop repatriation must be discussed with President Trump by the UAE and/or Saudi Arabia, the strongest advocates for maximum pressure and those with the most to lose if such an agreement does not materialize. The Gulf must explain why it is in their and the United States’ interest to create space for de-escalation.

What the US government should not tolerate is Gulf pressure to sustain the elevated troop levels in the region that Iran sees as threatening while the Gulf arrives at backchannel agreements with Tehran that guarantee their own safety but allow these American lives to remain targets.

A pact of mutual non-aggression is a win for everyone. Gulf countries and Iran will have assurance that their critical infrastructure is safe from sabotage and their homelands and populations are not threatened. The readiness burden on the United States in the Gulf will be reduced, and President Trump will bring home a spate of troops, fulfilling an election promise in a critical election year. This scenario mitigates continued escalation and the damage it guarantees to lives, economies, and the credibility of leaders in the Gulf, Iran, and the United States. What a wonderful Ramadan gift to the people of the region. Hint, hint.

US strategy in Iraq and the coronavirus plot twist

Tehran is betting that the world is too consumed with managing a pandemic to hold them accountable—and that the US administration is unwilling to stay the course in Iraq because it is too gun shy in an election year and too financially strapped by the coming burden of US unemployment. The implications of a global pandemic make that a risky bet.