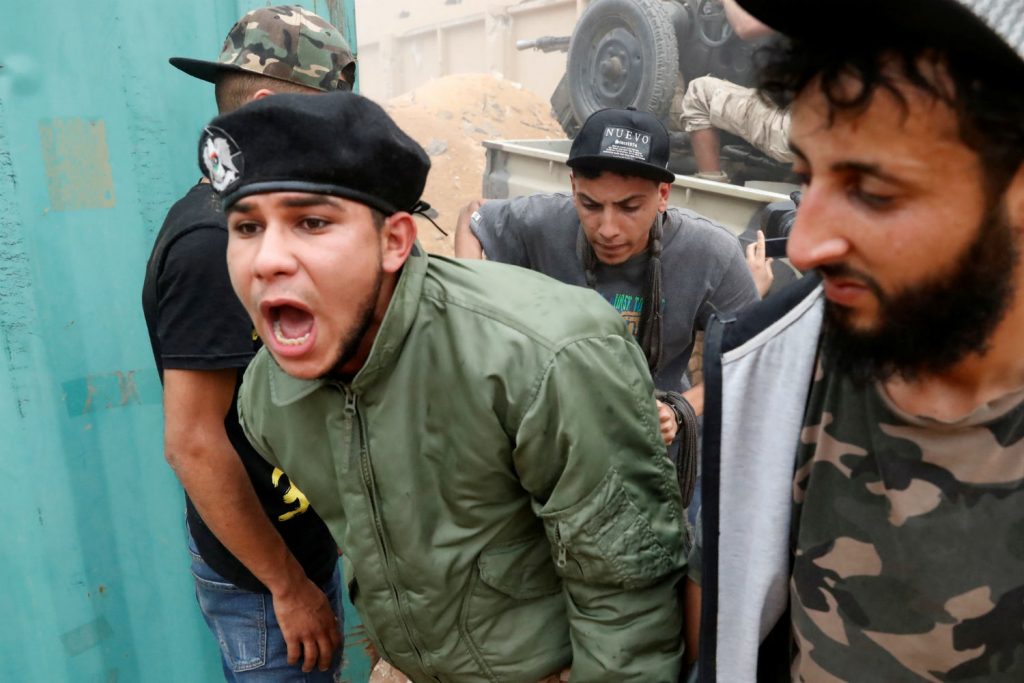 General Khalifa Haftar’s threat to advance his troops further into the capital of Tripoli proves that for the rebel Libyan commander, “there is only a military solution,” to the conflict between his forces and the United Nations-recognized Government of National Accord (GNA), according to Atlantic Council resident senior fellow Karim Mezran.

In the chaotic aftermath of the fall of former Libyan dictator Muammar Qaddafi, Haftar’s Libyan National Army solidified power in the city of Benghazi and the eastern parts of the country, while the GNA under Prime Minister Fayez al-Sarraj assumed control in Tripoli. Haftar ordered his forces to attack the Libyan capital in April and declared on December 12 that his forces were preparing for a “decisive battle” to take full control of the city.

“Haftar has a monopoly over air power,” Mezran explained, with “helicopters, drones, and fighter jets,” that have allowed him to “bombard the frontline as well as the villages behind and even downtown Tripoli.” Despite this advantage, however, “on the ground, [Haftar] has made very little if any advancement,” according to Mezran, as “pro-GNA troops have advanced in certain areas and withdrawn in others.”

Although Haftar is boasting of imminent victory over Tripoli, Mezran doubts the ability of his forces to win full control of the capital. “Haftar will never be able to take Tripoli, because he doesn’t have the troops to fight street by street with an army of mainly mercenaries,” Mezran argued. “He can destroy the city, he can demolish it, but he cannot control the city.”

Haftar has only gotten so far, Mezran said, because he “has been armed, fed, and furnished troops and high technology weapons in the last three years by Egypt and the United Arab Emirates, and lately by Russia, and sometimes even by France.” Egyptian President Abdel Fattah al-Sisi has justified his support for Haftar’s forces by arguing that the GNA is “not able to have a free and real will because they have been taken hostage” by militias in Tripoli that Sisi labels as “terrorists.” Mezran dismissed this claim, explaining that GNA Interior Minister Fathi Bashagha has “worked hard to marginalize those more radical elements of the GNA-aligned militias and pushed them away. Anyone who claims that all GNA forces are terrorists is openly lying.”

Unlike Haftar, “the GNA has been left alone,” by the international community, Mezran explained, as many prefer to openly back “neither Haftar nor Sarraj,” even though Sarraj heads the widely recognized government. Much of the attention from international actors, especially the United States, European Union, Italy, and France, has been on getting Haftar into negotiations with GNA, as was attempted in Paris in May 2018, Palermo in November 2018, Abu Dhabi in February 2019, and Berlin in October of this year. But while the “international community keeps saying ‘there is no military solution,’…what Haftar has showed so far is that there is only a military solution,” Mezran said. “Because he was supported openly by the Emiratis and Egyptians, Haftar only pretended to engage in these negotiations and in the meantime mustered an army strong enough to march on Tripoli and besiege a city of more than 1 million, committing war crimes and killing many civilians.”

Rather than continuing to search for an elusive political solution between Haftar and the GNA “the international community should have been supporting the GNA militarily, so they could reject Haftar’s advance to force him to come to the table for negotiations,” Mezran argued. “This is not what happened,” he continued, “and we now have the populations of Tripoli and Misrata fighting against four or five foreign powers supporting [Haftar] and the rest of the world watching and deciding to do nothing,” with the exception of Turkish President Recep Tayyip Erdoğan who has promised to increase military support for the GNA after agreeing to a security partnership on November 27.

If Western powers truly want to bring Haftar to the negotiating table, they must engage in a serious way in the conflict, perhaps “sending military forces to declare a no-fly zone to force the militias that support Haftar to come to the table, or even to threaten a military action against Haftar himself,” which will force a real negotiation from the general, Mezran argued. “If the GNA is supported and given more weapons and soldiers, than that will stabilize the situation on the ground [and] might force the foreign powers who support Haftar to think twice.”

But this balancing may be achieved by Turkey, rather than the United States or Europe, Mezran suggested. “If the Turks become the major supporter of the GNA, not the Europeans or the Americans, and the Russians are the ones who are the major supporter of Haftar, then all it would take is an agreement between Moscow and Ankara to solve the Libyan problem, causing much damage to American and European power.”

At the very least, the advantage Haftar’s forces enjoy make it unlikely that the conflict will pause anytime soon. Without tangible support for the GNA, Mezran said, the international community may once again be left trying to sort out “a humanitarian catastrophe” in Libya.

Another conference, another incomplete solution for Libya

Libya should be created by and for Libyans. There is no place for external interventions or conferences without full participation of all Libyans.

Latest Libyan shock should come as no surprise

Image: A fighter loyal to Libya's U.N.-backed government (GNA) shouts after escaping incoming rounds during clashes with forces loyal to Khalifa Haftar on the outskirts of Tripoli, Libya May 25, 2019. REUTERS/Goran Tomasevic