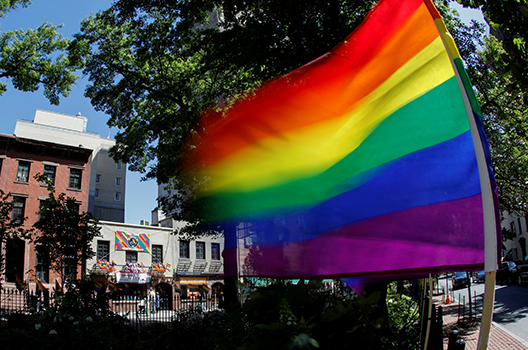 You may have noticed a sudden influx of rainbow-themed merchandise in stores and online. June marks LGBTI Pride Month, dedicated to the celebration of queer individuals across the United States. We celebrate queer pride every year in June to commemorate the protests against a police raid on Stonewall Inn, a gay bar, in New York City on June 28, 1969.

But Stonewall, while a pivotal and defining moment in queer history, never came to a satisfying conclusion. Even today, queer activists and individuals across the world are fighting for their lives, trying to escape state-sanctioned violence and community persecution.

While Pride Month should be a celebration of the queer activists who have fought against the oppression of queer people, it should also be a time for identifying and actively combating anti-queer persecution still prevalent in many parts of the world. As we recognize and commemorate our victories, we must help our queer siblings across the world by supporting organizations that expose anti-queer violence and protect queer refugees, by advocating for a more robust US LGBTI refugee policy, and by shining a light on the discrimination and persecution queer people still face both in the United States and abroad.

Despite major gains, such as the legalization of gay marriage in more than two dozen countries, many queer individuals face homelessness, health disparities, unconscionable violence, and the threat of death.

In Chechnya, state-sanctioned violence against queer people runs rampant. A malicious, large-scale anti-gay purge has persisted there since the spring of 2017. New reports of anti-gay abuses continue to surface. Police abduct and detain individuals suspected of being queer, keeping them in abysmal conditions with no food and limited access to water and torturing them through beatings, electrocution, and rape in order to force them to disclose the identities of other queer individuals. If these individuals are released, police will often encourage their victims to commit suicide or, if they return them to their relatives, will pressure these relatives to kill their queer family members.

Unfortunately, queer Chechens are not the only ones to suffer abuse and torture brought on by state-sanctioned violence. In Jamaica, queer people remain a target of violent attacks, oftentimes after they have been outed by their own relatives. Since anti-gay discrimination is written into Jamaica’s legal code, queer Jamaicans suffer threats to their lives through community persecution and anti-queer sentiments exacerbated by the police. While queer Jamaicans are not being rounded up en masse like in Chechnya, they still seek sanctuary outside of Jamaica given their pariah status. Once outed, queer Jamaicans, especially trans and nonbinary Jamaicans, experience high rates of homelessness and are often forced to seek refuge in sewer systems.

The United States would do well to assist queer individuals suffering in places like Chechnya and Jamaica by offering refuge to those seeking asylum. It could follow Canada’s lead by offering programmatic sponsorship to LGBTI community groups that identify queer refugees and work to safely and swiftly resettle them.

While the Trump administration has increased pressure on countries with heavily anti-gay laws, we must also hold the United States to the same standard as we hold other countries.

Although the US House of Representatives took steps to promote LGBTI rights by passing the Equality Act in May, the United States still has a long way to go. The queer community and its allies must work to hold the United States accountable for protecting queer individuals by advocating for the strengthening of current anti-discrimination laws. We must recognize and identify the blatant anti-queer discrimination occurring both at home and abroad. While Canada must atone for its state-sanctioned human rights abuses, the United States can become a leading voice on queer issues by partnering with Canada and building upon Canada’s well-established LGBTI refugee policy.

Support for queer folks must not end after June. The queer community and its allies must push for legislative changes at home and human rights-based policies abroad to uphold the rights and ensure the liberation of queer people everywhere. Although our visibility has grown exponentially over the years, we still fight for recognition of our validity and our humanity. The Stonewall riots ensure that we not only endure, but we also thrive. That is why we have Pride.

Leona A. Amosah is a program assistant in the Atlantic Council’s Eurasia Center. Follow them on Twitter @LeoAmosah.

Image: A rainbow flag waves in the wind at the Stonewall National Monument outside the Stonewall Inn, site of the1969 Stonewall uprising, considered the birth of the lesbian, gay, bisexual and transgender (LGBT) movement in Greenwich Village in New York City, New York, U.S., June 4, 2019. (REUTERS/Mike Segar)