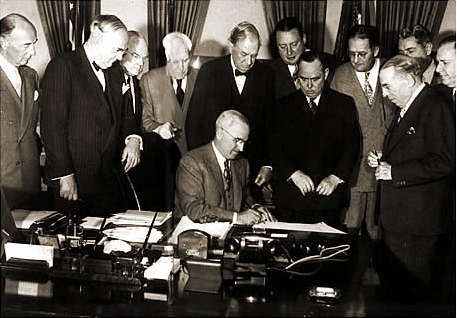 Here in the Netherlands the government fell ostensibly over the need for further cuts in public spending to meet Eurozone debt limits. However, lurking in the Dutch political shadows is a much more existential question; how much I as a Dutch taxpayer should pay to keep Spain and the other indebted Eurozone countries afloat?

Let me take Spain first. A proud, decent, noble people are facing the fight of their lives if they are to recover from the financial and economic crisis that has enveloped them. Youth unemployment is now over 50%, a level that simply cannot be sustained for long without profound social instability. Yes, one can blame successive Spanish (and Greek, Italian and Portuguese) governments for spending too much but that was the promise of EU membership – invest in your economies and you will be under-written by the rich northern and western Europeans and in time we all will benefit from a European super economy. That ‘contract’ is now broken.

Flip back some fifteen hundred kilometres north to my village here in the Netherlands. People here are angry because they feel they are being conned. They sense instinctively that their political leaders are misleading them about the depth and the extent of the Eurozone crisis. In the absence of honest leadership there is now a very real danger that Europe’s political middle will fail and that the ensuing political vacuum will be occupied by the political extremes of left and right. This weekend some 18% of French voters opted for the far right Front National in the first round of the French presidential elections.

People here also suspect that one of the real reasons for the cuts in what is by European standards a relatively healthy Dutch economy is to create a massive contingency reserve to keep economies afloat such as Spain’s when the second-half of the Eurozone crisis shortly kicks off under the renewed attacks of the bond markets. That reality was implicit in last week’s demand for more money to prop up Europe’s ailing currency by the distinctly French boss of the IMF, Christine Lagarde. It was also the reason US Treasury Secretary Timothy Geithner said no, Europe, he said, must do more. At least he was being honest.

And it is this issue of honesty that is at the heart of Europe’s growing political crisis. Indeed, I am tired of being lied to in the name of Europe. The simple truth is that if the Euro is to be saved transfers from the northern and western European taxpayer will need to be enormous and to last for decades.

As for my European ‘zeal’ it remains what it always was; a belief in a strong Europe of nation-states tightly aligned in alliance. I have never believed in a federal European super-state and never will. I simply do not trust Europe’s political elite enough to let them loose in my name and yet so far from me that democratic accountability all but ceases – the very essence of a federal Europe. That would be taxation without accountability and that is how we ended up in this appalling place in the first place. And yet that is the choice which we Europeans now face.

What is needed is a European Marshall Plan similar to that the Americans funded at the end of World War Two to rebuild Europe’s war-torn economy. Treat me like a grown up and I would support such a plan but only if the Euro-Aristocracy a) come clean about the cost; and b) and show me a plan that could work. The cost of supporting Spain and the others will be such that public services in the Netherlands will be profoundly affected – be it health, education or defence – and for a very long time. So, just be honest about that. Thus far all the Euro-Aristocracy have done is to pour my good money after bad in a failed effort to stabilise Greece whilst trying to hide from me both the severity of the challenge and the paucity of thinking and planning at the top.

Cuts are of course inevitable in a growth-free economy but some cuts make more sense than others. The first thing I would cut would be some of those silly, pretend think-tanks in Brussels which have too often substitute prejudice for analysis and help turn challenge into disaster. As for me I am a real European precisely because I am prepared to face facts. I am not, however, any longer prepared for the Brussels federal Europe fantasy.

Julian Lindley-French is Eisenhower Professor of Defence Strategy at the Netherlands Defence Academy, Fellow of Respublica in London, Associate Fellow of the Austrian Institute for European and Security Studies and a member of the Strategic Advisory Group of the Atlantic Council. He is also a member of the Academic Advisory Board of the NATO Defence College in Rome. This essay first appeared on his personal blog, Lindley-French’s Blog Blast. Photo credit: George C. Marshall Foundation.