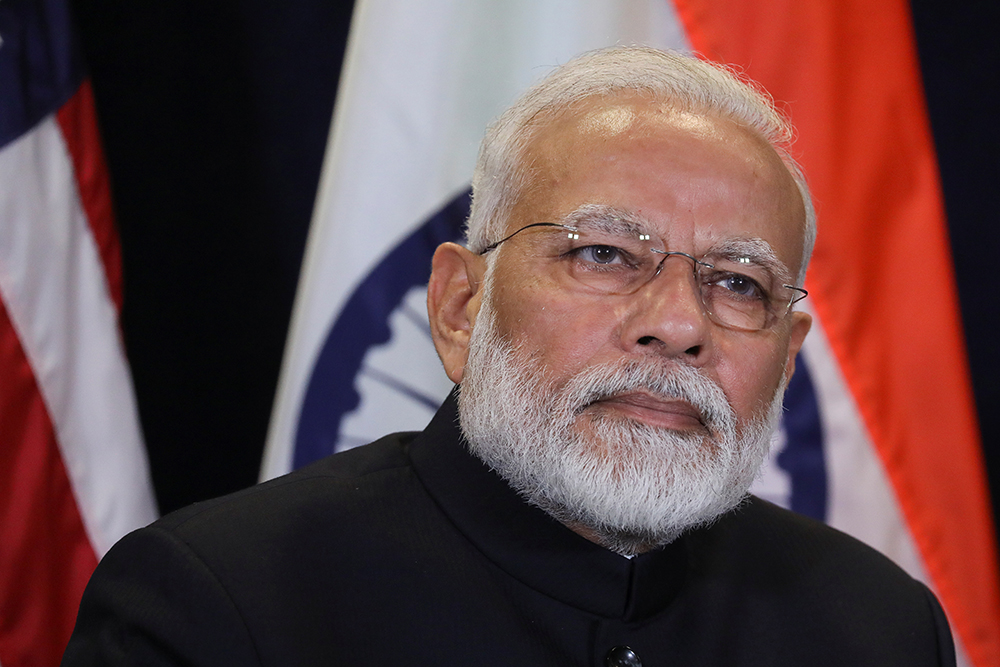 A few months after securing a resounding mandate for his Bharatiya Janata Party (BJP) in India’s lower house of Parliament (the Lok Sabha), Indian Prime Minister Narendra Modi arrived in Houston, Texas, on September 22 ahead of his trip to the United Nations General Assembly meetings. In Houston, Modi spoke to a gathering of some 50,000 Indian-Americans and non-resident Indians, which is thought to be the largest gathering for an elected foreign leader visiting the United States. US President Donald J. Trump joined Modi at the rally, emphasized his personal support for the Indian prime minister, and advocated for a more pro-business and trade outlook in India as the underpinning of a stronger US-India relationship.

While most of the attention around Modi’s visit was focused on a potential US-India trade breakthrough and the Kashmir impasse, the announcement of a significant energy MOU signed in the prime minister’s presence was a significant step towards meeting India’s growing energy needs.

Modi’s Houston trip signals India’s key interests in the US oil and LNG (Liquified Natural Gas) market. India is Houston’s tenth largest trading partner, and the sixth largest buyer of US LNG. The demand for more energy by India cannot be overstated: The number of Indians facing energy poverty is almost equivalent to the entire population of the United States. Thus, Modi with India’s Petronet signing a $7.5 billion LNG agreement was a significant achievement in addressing this growing energy demand.

Petronet signed the MOU with Houston energy giant Tellurian Inc., thus securing 18 percent equity in the $28 billion Driftwood project in Louisiana to secure long-term gas imports. Tellurian CEO Meg Gentle said “India is one of the fastest growth markets for LNG and should soon become the second-largest LNG importer.” The Indian company signed the initial agreement to secure this project in February this year. Over the lifespan of the Driftwood project, this agreement gives India access to 5 million metric tons of LNG per year.

The front end of the prime minister’s trip sought to procure energy agreements that will help bolster the Indian economy and address growing energy demand. The prime minister’s first stop was a roundtable with senior executives of sixteen energy companies including Tellurian, Exxon Mobil, BP, and Schlumburger. The CEOs appreciated the finance minister’s announcement a few days earlier of a significant cut in corporate tax rates from 30 percent to 22 percent, which is intended to jolt the slow-moving Indian economy by increasing incentives for foreign and domestic firms to re-invest in the economy.

The Houston roundtable and the Tellurian-Petronet agreement comes weeks after India and Russia announced a $30 billion trade plan by 2025, with a major focus on energy. Modi and Russian President Vladimir Putin discussed shipping natural gas from the Arctic to the subcontinent. Such international agreements are critical to India’s ability to achieve its target of a 15 percent share of LNG in its energy mix by 2030, a significant jump from the current 6 percent share. India’s renewable goals are also growing, as the prime minister announced a need to increase the country’s renewable capacity up to five times by 2030.

US energy investors are eager to cement partnerships with India, due to the voracious demand for energy in that country, and China’s simultaneous reduction of US imports due to Trump’s trade war; since February 2019, China has not imported any US-supplied energy. Simultaneously sanctions against Iran have stopped India’s oil imports from Tehran, which once supplied 11 percent of India’s crude oil. Therefore, the Petronet-Tellurian multi-billion-dollar agreement achieves twin goals: it fills the supply gap left by Iran for India, while simultaneously filling the demand gap for the United States left by China. The MOU also marks a shift in India’s thinking about its key partners. In the past, India has defied US sanctions against Iranian imports with popular support, but today the benefits of redoubling a pro-business commitment to the United States were evident when Modi was joined by Trump in Houston.

The May 2019 general elections gave Modi another five years in office and a tremendous political mandate. But the early months of his second term have been buffeted by worries that India’s economy is facing a structural slowdown. Amidst uncertain prospects for a US-India trade deal, the Indian government’s attention will be focused on stimulating the economy through tax cuts that hopefully attract investment. The high price of LNG due to its extensive pipeline infrastructure needs has kept India from developing its LNG market.  However, now is a crucial time to use LNG as a bridge fuel. If India is to revive its flagging manufacturing sector, and increase factory productivity going forward, the path runs through securing its energy future.

India’s population is expected to be the world’s largest by 2050. Its energy consumption has almost doubled since 2000, and in another thirty years, the country’s overall energy consumption will exceed an energy-equivalent of 2 billion tons of oil. Against that backdrop, the Houston leg of Modi’s trip, with the Petronet-Tellurian MOU as its centerpiece, has been a successful step towards meeting the current and future energy demand gap.

Yet much more remains to be done if the benefits of a growing economy are to reach the 70 percent of Indians who live in energy-stressed rural India. India’s LNG market now struggles from major pricing challenges, and does not hold the required infrastructure capacity. Getting there will require greater investments in India’s indigenous energy production capacity, local infrastructure and more agreements like the ones discussed and signed in Houston.

Palak Sharma is an intern in the Atlantic Council’s South Asia Center. Follow her on Twitter @palak_shar.

Is e-commerce the deal breaker for India-US trade talks?

Purveying arms through carrot and stick

US arms sales to India have risen more than fivefold over the last five years and now account for 12 per cent of India’s defense imports, according to a recent study by the Stockholm International Peace Research Institute (SIPRI).