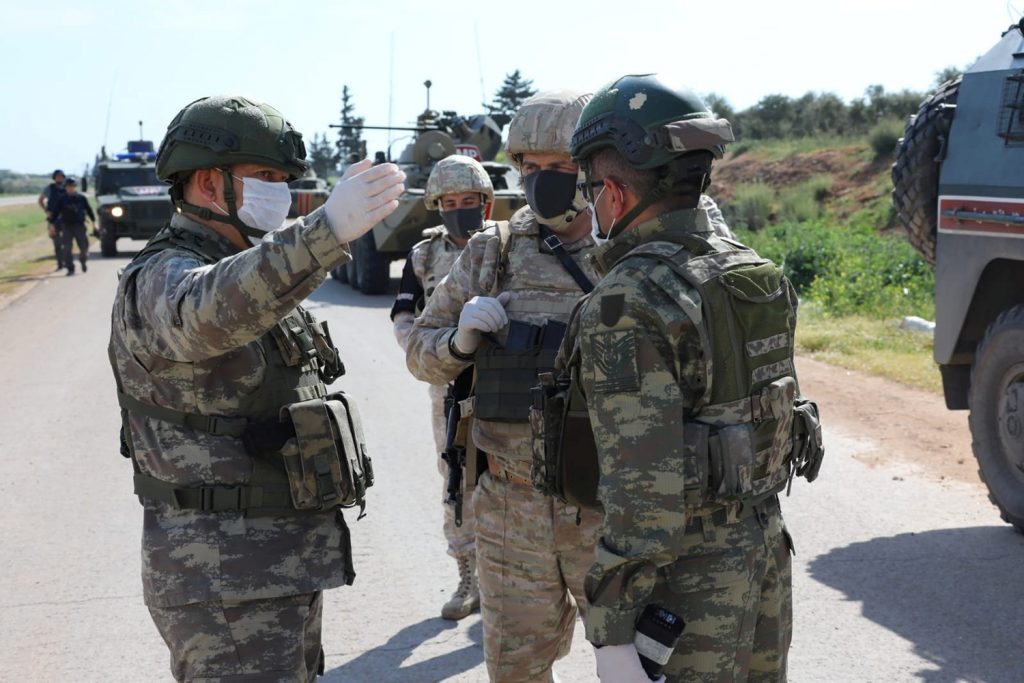 The ceasefire negotiated between Russia and Turkey to halt fighting in the Syrian province of Idlib appears to be holding, US Special Representative for Syria Engagement and Special Envoy to the Global Coalition To Defeat ISIS Ambassador James F. Jeffrey said on April 30. “We have heard from many sources, even many Russian [ones], that there is a general feeling that this ceasefire is living up to expectations,” according to Jeffrey, who spoke at an Atlantic Council event moderated by Atlantic Council IN TURKEY Director Defne Sadıklar Arslan and Atlantic Council Rafik Hariri Center and Middle East Programs Director William F. Wechsler. “Attacks by various terrorist elements out of Idlib are at an all-time low and that there is a good chance the ceasefire will hold,” Jeffrey said.

The ceasefire followed months of fighting between Turkish-backed rebel forces and the army of Bashar al-Assad, supported by Russia, in the last significant territory in Syria outside of Assad’s grip. Turkish forces had prevented the assault of the last rebel strongholds in the province, which Jeffrey argued would have led to “a humanitarian disaster.” The United States, he said, is “delighted that the Syrian army and its Russian and Iranian allies were halted [in Idlib] by action by the Turkish military and that there is now a Russian-Turkish ceasefire.” Jeffrey also acknowledged that “Turkish forces are keeping various terrorist groups, notably Hay’at Tahrir al-Sham, under control as part of the original ceasefire agreement from September 2018.”

Ambassador Ibrahim Kalin, Turkish presidential spokesperson, ambassador, chief adviser, and deputy chairman of the Security and Foreign Policy Council of the Turkish Presidency, agreed that the ceasefire appears to be holding for now. “Turkish and Russian militaries have been having their regular patrols there…and it seems to be holding,” he explained. He warned, however, that the Assad regime has never been in favor of the pause in fighting and “we know that they will do everything in their capacity to undermine it.”

The tentative success of the ceasefire means that attention can hopefully now turn to “a political settlement of the conflict under [United Nations] resolution 2254,” Jeffrey suggested. He reported that the United States remains committed to making progress on a resolution to the civil war, which must focus on the work of the Constitutional Committee, which will bring “a new constitution and eventual new elections under the United Nations,” according to Jeffrey. He said that there has been some progress on this issue, as “the Russians were helpful…in pressuring Assad to negotiate.” Jeffrey argued that while the international community has spent years trying to come up with a political settlement to the conflict, “we think the ceasefire in Idlib, the encouraging—if small steps—for the Constitutional Committee, as well as the bad situation the Assad regime has found itself in economically in terms of its reputation, leaves the door a bit more open for success in these discussions.”

Kalin agreed that “the political process needs to advance” and that “we have to keep this on our agenda all the time. We can have free and fair elections in Syria if the Constitutional Committee is allowed to do its work.” He warned that the international community cannot become complacent with just the achievement of a ceasefire. “It is a temporary measure,” he explained. “It is not going to solve all the problems in Syria.”

The ceasefire has, however, lowered the pressure while Syria deals with another dire crisis—the ongoing threat of the novel coronavirus (COVID-19) pandemic. “We are glad that we had this ceasefire before the coronavirus pandemic,” Kalin said, adding that Turkey is providing key medical aid to the locations in Syria where its troops are present. While the number of confirmed cases in Syria remains low, Kalin cautioned that “the numbers coming from different parts of Syria are not 100 percent reliable.” Jeffrey reported that the United States is continuing to work with Turkey, international agencies, and Russia to open up more border crossings into Syria to allow needed aid to pass through.

Jeffrey warned, however, that the combination of the ceasefire and COVID-19 could give the Islamic State of Iraq and al-Sham (ISIS) an opening to re-emerge in Syria’s west. While the United States “does not believe that ISIS has been able to exploit seriously the COVID crisis to advance into the northeast,” the situation is different in the areas controlled by the Assad regime,” according to Jeffrey. “One consequence on the focus on Idlib by what is left of Assad’s inept army is that few forces are left to deal with ISIS in the southwest,” where Jeffrey said the United States has “seen ISIS gaining ground there.”

While both Jeffrey and Kalin emphasized the continued close alliance and partnership between Turkey and the United States, they acknowledged that significant disagreements still remain. Kalin explained that the Syrian conflict “has been compartmentalized” so that “while you deal with one problem in the east of Syria, you have a different kind of alliance system. While in the West, you have a different situation and your allies change.” This variation has prompted Turkey to continue to pursue dialogue with Iran and Russia in the Astana process, which Kalin argues has “led to a number of ceasefires and agreements.”

Jeffrey said that the United States believes “the only good thing about the [Astana] process” is that “our partner Turkey is a part of it.” He credited “every ceasefire and action that we have seen” to bilateral negotiations between Russia and Turkey and downplayed the usefulness of the Astana process, which he argued is a “patent attempt by the Russians and the Iranians to seize initiative from the United Nations,” which is trying to make progress on a political settlement through the Geneva process. Kalin maintained that Turkey’s “multiparty engagement…will continue in the future,” although Ankara hopes to “bring it under the UN process so that the Geneva and Astana processes support, rather than contradict, each other.”

The United States and Turkey have also found themselves at odds over the Kurdish militias in northwestern Syria, which cooperated with the United States in the fight against ISIS within the Syrian Democratic Forces (SDF) organization, but whom Turkey accuses of being an affiliate of the Kurdistan Workers Party (PKK) and working with other terrorist groups. Jeffrey said US forces are still “working very closely with the Syrian Democratic Forces (SDF)—our partner in the fight against ISIS,” as they attempt to ensure ISIS cannot return in northwestern Syria. Kalin, however, reported about an attack in Afrin attributed to the Kurdish People’s Protection Units (YPG) that killed forty-six people on April 29. Kalin maintained that Turkey is “determined to fight against the terrorist networks.”

There also continues to be no resolution to the issue of Turkey’s procurement of the S-400 missile defense system from Russia, which US officials believe will compromise any US or NATO systems Turkey attempts to integrate with the S-400. Turkey’s purchase led to a fierce US response, including threats to sanction Turkey and halt its participation in the F35 fighter project. US Ambassador to Turkey David Satterfield said that Washington has “made our position quite explicit” that the operation of the S-400 system is not compatible with Turkey’s participation in acquisition of the F-35 program and it exposes Turkey to the very real possibility of congressional sanctions.” Satterfield reported that the United States “does not have in our possession the assurances from the government of Turkey that would allow us to mitigate those concerns.” Turkish officials, on the other hand, have argued that Turkey was forced to purchase the S-400 system after the US Congress blocked previous attempts to buy the Patriot system and as the threat of attacks from neighboring Syria became more serious. They have also insisted that the S-400 system will be kept separate from other US and NATO systems, an argument that US officials have repeatedly dismissed.

Despite these continued disagreements, Satterfield maintained that the Turkish-US relationship remains strong. “We cooperate extensively with Turkey,” he said who remains a key “partner and a NATO ally.” This partnership, he said, was demonstrated by the continued shipments of personal protective equipment and other supplies from Turkey to the United States to help in the fight against the coronavirus. “We have welcomed the Turkish contributions to the COVID fight,” Satterfield said, which proves that “we have a rich, if complex, cooperative relationship.”

“The case should be made for a partial reengagement of Europe towards Turkey,” Ambassador Michel Duclos says. “A coalition of willing should help Turkey—especially in the field of counterterrorism—to assure an effective implementation of the Moscow agreement as the only way to avoid the above scenario of a reconquest of the region by Assad.”